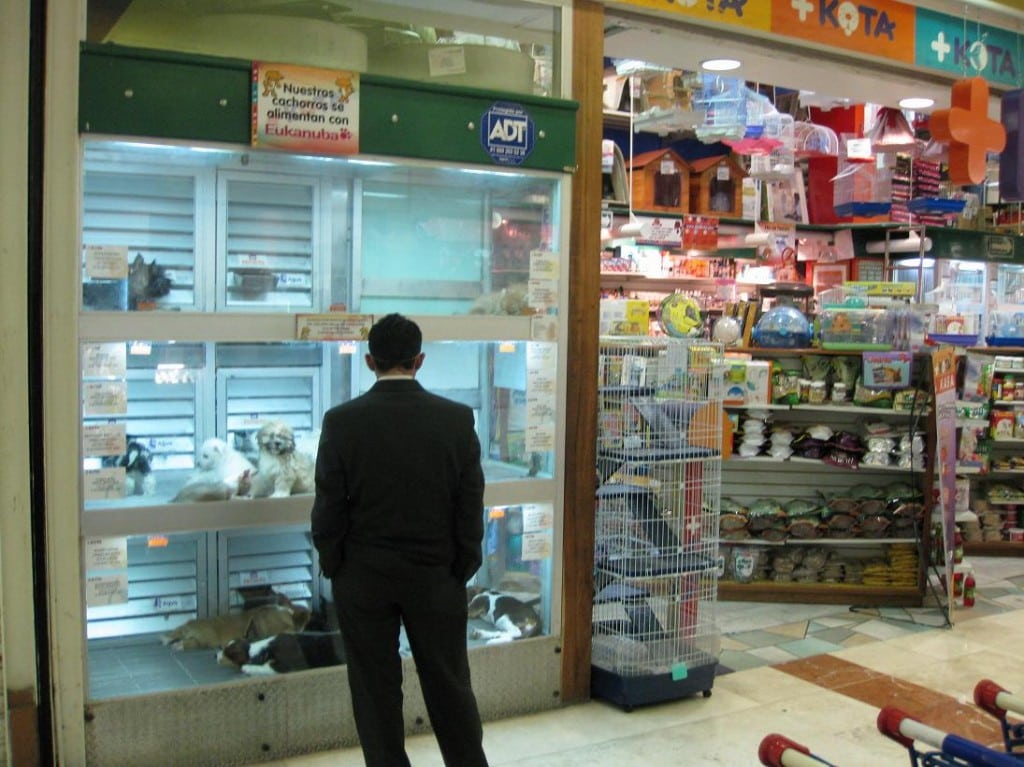 California looks like it will be the first state to ban sales of dogs, cats and rabbits at pet stores, just as hundreds of communities and some counties have done around the country

The California bill is aimed at changing how cats, dogs and rabbits become family pets, and has cleared the California Senate Business, Professions and Economic Development Committee with a 7 to 1 vote. Now, Bill 485, is headed to the full senate.

The aim of the bill is to save thousands of pets’ lives, put pet adoptions front and center, and strike at the heart of puppy and kitten mills.

Supporters of the bill, introduced by Assemblyman Patrick O’Donnell, D-Long Beach, say the bill takes clear aim at unscrupulous breeders who churn out an alarming number of animals each year. Those opposed say it paints all breeders with the same brush, that it will force some pet stores to close and will increase the black market in pets.

The problem with that opposition argument is that no responsible breeder ever, ever, ever sells to a pet store in the first place. So, where are they getting the dogs and cats? 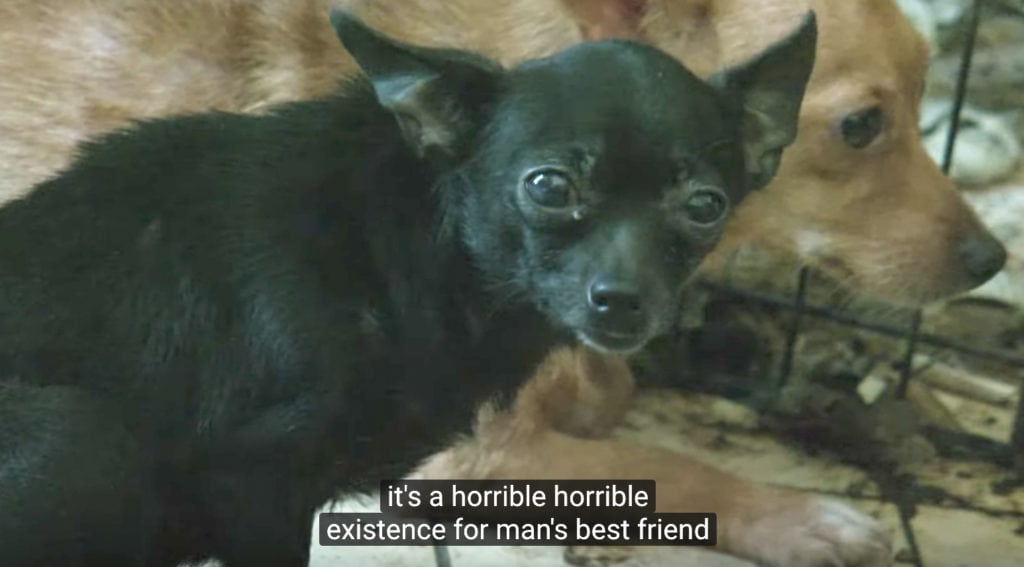 As for increasing the black market, it’s sadly already out there. Today, many animals are sold online. Many websites seem legit and appealing – but they are not.

It seems obvious, seems clear that puppy mills (often through third parties so it’s more difficult to track) sell to pet stores. Who could be opposed to stopping those sales? And simultaneously, increasing the number of shelter and rescue pets adopted through pet store visibility? 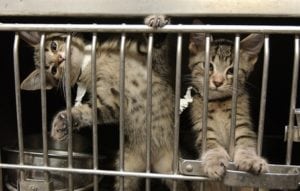 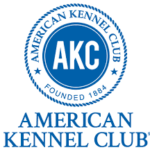 Sheila Goffe, vice president government relations for the AKC wrote an op-ed piece September 5, posted on the AKC website, called “Losing Your Freedom to Choose Your Own Dog.”

Here are some of my comments – in response to excerpts from her piece. I am attempting truly not to take anything she wrote out of context – only commenting on her words.

She wrote, “Under the proposal, the state would step in and prevent you from choosing a purebred puppy if you wanted to buy a pet through a retail pet store that is subject to federal animal welfare regulations and California’s consumer protection laws.”

Goffe is right –under the proposal, if passed, the state would prevent people from buying pet store animals purchased from a puppy mill. I need for someone to explain what’s wrong with that picture.

She continues, “This might not have been a big deal years ago, because you could find a local breeder with relative ease. But tough local limit laws, restrictions on owning dogs that have not been spayed or neutered and even anti-breeder extremism have discouraged small, local hobby breeders. For many people, especially those who don’t have access to small, private breeders, professionally-bred pets are their only option to get a pet of their choice.” 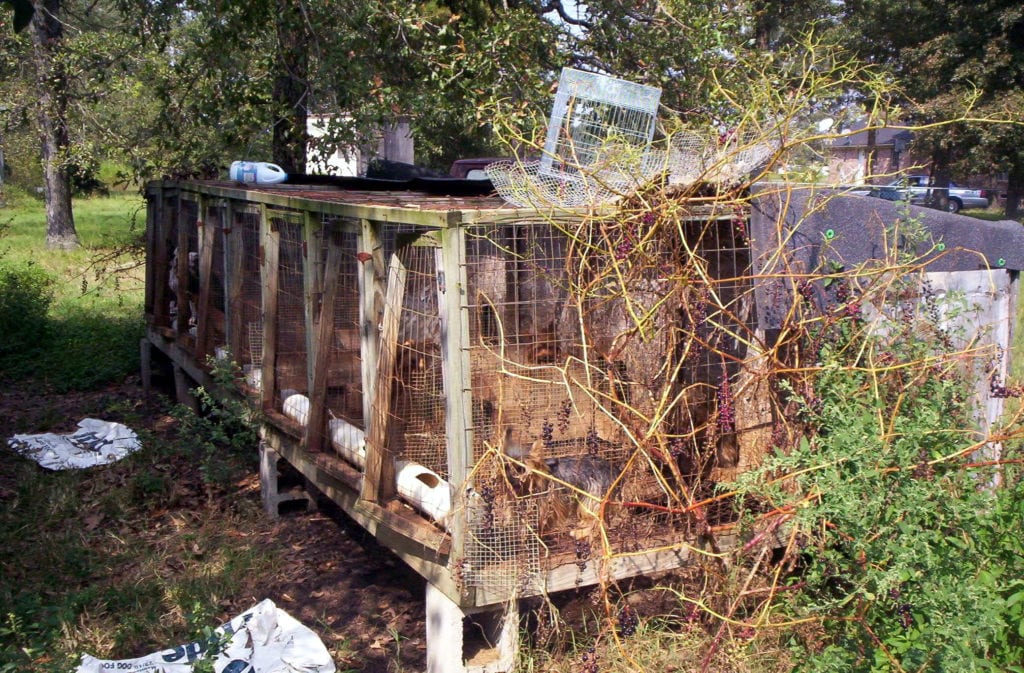 This statement is confusing. I agree, unfortunately, some communities have been unfair to even responsible breeders, mandating spay/neuter of all dogs and cats at a young age as one example. The rescue community (which I support) may holler at me, but I stand up for responsible breeders for two primary reasons. First, genetic experts (veterinary therio-genologists) suggest dogs, as a species, will actually benefit from continued breeding that includes pedigreed dogs. These scientists are merely reporting on science, and removed from any AKC or animal welfare group politics. And second, many people want pure bred dogs, and we do live in a free country. As long as there is demand, I support allowing for that supply – but that supply must be solely dogs bred in a humane manner, not puppy mill dogs.

However, I disagree with the AKC’s suggestion that access to breeders is more limited, quite the opposite is true: Welcome to the Internet. You want any breeder from common Labrador Retrievers to a not so common Redbone Coonhounds, if it’s out there – you can find it. The problem for consumers isn’t finding someone who has these dogs. The problem is discerning a responsible breeder from one who is reckless or even a puppy miller. Anyone can make a website appear glossy and answer questions the way which customers want to hear them answered, even if it is not the truth. The AKC in inexplicably offers little help for people to navigate through the confusion.

On one side of their mouth the AKC supports small, private hobby breeders and steers the public away from large-scale operations. But by their own statement here, they are supporting large scale operations. Confused yet?

Goff continues, “The (proposed California) measure is akin to forcing someone to buy a pre-owned car with only vague knowledge of the make and even less knowledge about its history, whether it’s reliable and suits their lifestyle.

Backers of the bill believe their activism would benefit the ever-rising population of dogs in shelters and rescues. But in actuality, they would exacerbate a growing problem.

Selling only shelter or rescue dogs creates a perverse incentive to import greater numbers of street dogs and dogs of unknown origins for U.S. retail rescues. In fact, the U.S. already has become a dumping ground for foreign “puppy mill” and rescue dogs, importing close to 1 million rescue dogs annually from Turkey, several countries in the Middle East and as far away as China and Korea, according to the National Animal Interest Alliance.”

Adopting or purchasing a dog is NOT like purchasing a vacuum or a car. This is a real life with real emotions and feeling like our own. When people buy a pre-owned car, they rarely think, “I am saving an auto.” And if they aren’t aware of the make of their car, they can’t read. 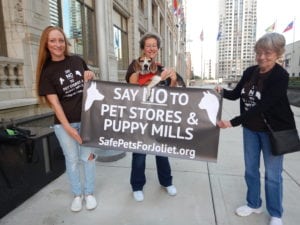 Comparing dogs with used cars is unfortunate. But I’ll go with it – legitimate pre-owned cars are checked out mechanically, just as shelter and rescue dogs should be check out medically.

All dogs are individuals – having said that I agree that purchasing a pedigreed dog is a tad more predictable about knowing what you’re getting compared to the unknown pedigree of a shelter or rescue animal. But many consumers don’t care about that pedigree – and isn’t this their choice?

Selling (adopting is a more accurate term) a shelter or rescue animal does not increase a “perverse incentive” to import street dogs from other countries. I’m unsure where the one million rescue dogs imported number derives, but no matter, for me – saving a life is saving a life (as long as imported animals are appropriately vet checked). And saving a life isn’t “perverse.”

Finally read this statement from the AKC’s Goff, “If animal activists truly want to help dogs in need, they should, first, encourage responsible local and breed-club charitable rescues, while pushing to regulate importers, distributors and retailers of ‘rescue’ pets at the same high standard that purpose-bred pets are regulated.

Second, activists should focus on boosting oversight of rescues and shelters. Despite the increasing popularity of pets marketed as “rescues,” there is almost no regulation of animals that are labeled as rescues.” 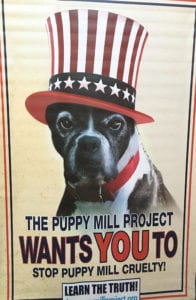 Let’s think about what is right for the animals and not the organizations. The AKC is correct that anyone can call themselves a rescue, and pay for and fill out the paperwork for a non-profit status, even puppy mills. This needs to be cracked down on.

I support the notion of importing animals, but primarily from Mexico since we have more control. No matter, it’s true, a life saved is a life saved. I do believe we need to have more standards and laws in place to insure the animals imported aren’t importing disease or parasites.

Apparently, the AKC feels these imported dogs are competition. That’s a shame. We need to embrace them all.

Finally Goff says, “The decision to acquire an appropriate pet is a deeply personal choice. It should be made by the individual — not restricted by government fiat promoted by extremists who seek the end of responsible dog breeding.”

I agree that purchasing a pet is a deeply personal choice, and that choice should be made by the individual. However, don’t you dare call me or others who want to see puppy mills shuttered, “extremists.” Most of America is gradually being turned on to the truth about dogs, cats and rabbits sold at pet stores. I DO NOT EVER want to see the end of responsible breeding. In fact, I celebrate those breeders. I argue that today I am more supportive of responsible small-scale breeders than the AKC.

Of course, consumers should have their choice regarding pet purchases. However, we can no longer allow puppy mills to be considered as a choice.