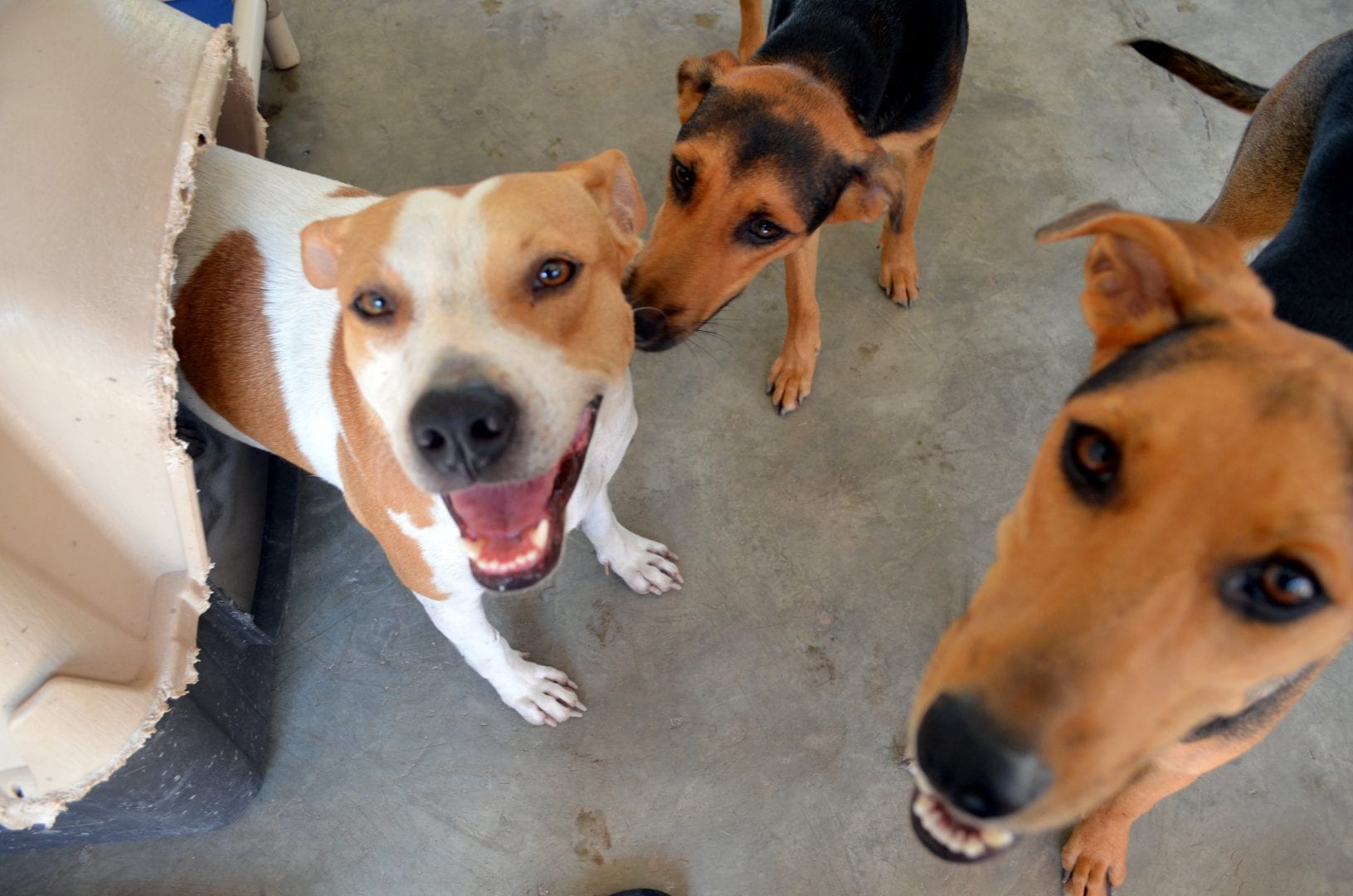 Dogs and cats are rescued from the streets and sometimes out of abusive conditions. Some are ill and require serous veterinary intervention.

At SPCA Puerto Vallarta animals with special needs may require a longer stay, but staying here isn’t so bad. All residents receive the medical care they need – somehow resources are found – even if it means seeing a veterinary specialist. “We do what it takes,’ says founder and President Janice Chatterton. 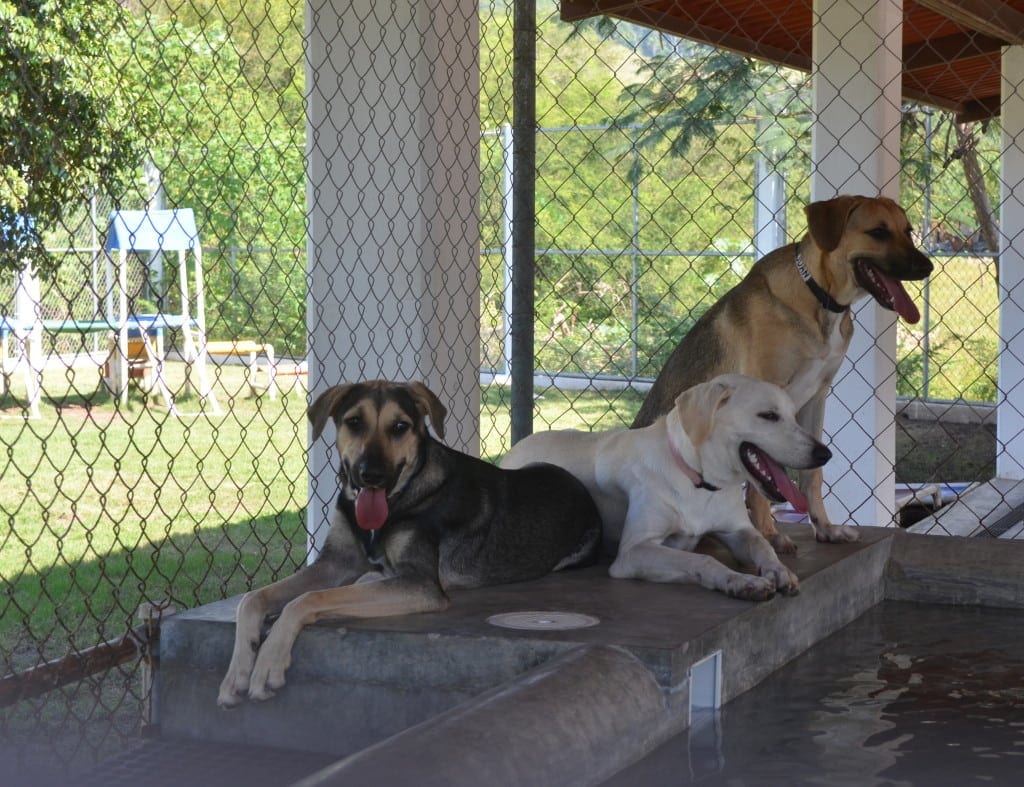 There’s even whirlpool for rehabilitation on the premises.

More than a shelter – the SPCA Puerto Vallarta truly is a sanctuary. Dogs are kept in spacious indoor/outdoor runs, and and almost always have the company of one more canine companions. A cadre of volunteers, ranging from local residents to tourists, walk the dogs daily. 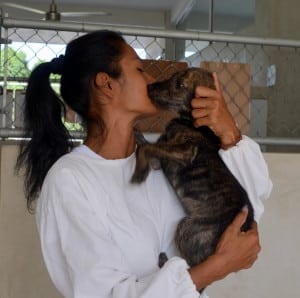 shelter manager Sabrina Leyva says she loves her job. But she doesn’t need to say it.

Cats live in a colony, and can catnap inside or outdoors (in a covered and enclosed area). 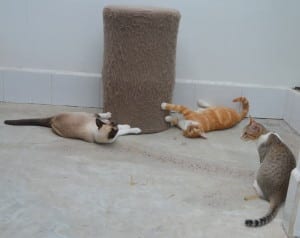 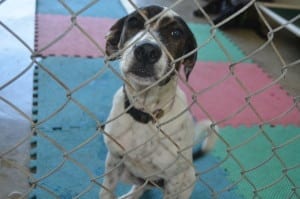 The idea isn’t for animals to merely survive here, the goal is for them to thrive and one day to get adopted. And that’s what mostly happens. However, a pawful of special needs animals may potentially not find that forever family. If hospice care is ultimately required, animals receive it before being humanely euthanized.

Most adopters are from the U.S. or Canada. Chatterton explains that there’s already an over-abundance of animals seeking local Puerto Vallarta homes. And she is discerning about those deserving of adopting either directly from the facility or from a small but organized foster network.

Jim Watt and Brenda Rose Drolet of Edmonton, Alberta Canada say they were at first rejected for an adoption because of their busy schedules. “I cried, but then re-applied when I thought the dog can go into daycare,” says Drolet. “I was so happy to be accepted, and appreciate how particular they are.”

Watt adds, “Luna changed my life. I had never before lived with a dog.  It’s a void in my life that I didn’t know I was missing.”

Watt travels a great deal as an environmental sight superintendent, and Drolet works at a bank. Drolet says, “It’s true what they say about a man and his dog. Watching them play together brings a tear to my eye. There’s a special bond between them.” 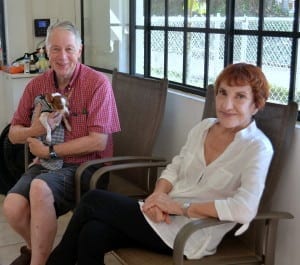 Also, from Edmonton Bruce and Carole Thom, a retired couple with grown children, decided to adopt from SPCA Puerto Vallarta, and were so impressed they did it again with a dog named Nina. It turns out that Nina had a bad habit; she bit people.

The Thoms didn’t give up on the dog. In fact, quite the opposite. Carole says that she realized her pup was simply fearful. She found qualified help from a trainer with a special interest in animal behavior, and today they manage Nina. “I’m so glad,” she says. “Sometimes things happen for a reason. Nina taught me so much about dogs. And that’s allowed me to help other dogs.”

The couple helps to organize adoptions and foster families in Edmonton and Alberta, Canada.

When asked why the couple doesn’t offer the same commitment to their local shelter, Bruce simply says, “Compassion should have no boundaries.”

He adds, “Of course, I am for saving animals anywhere – but we’re connected here. After all, we’re so impressed with the commitment to save animals, and provide for the best possible quality of life. Most certainly, this is a sanctuary, far more than a shelter.” 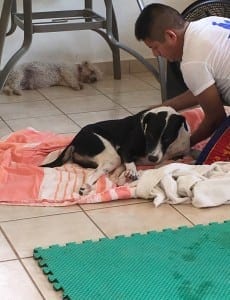 Animals with special needs receive extra TLC, and whatever else is needed

It’s likely that in 2016, SPCA Puerto Vallarta will adopt their 1,000th animal. But it’s not only a numbers game for Chatterton, “Numbers are important because we want to save as many as we can and we are happy when at the end of the year we total the ones saved and adopted and it is a nice figure; otherwise we do not think about numbers when we are making critical decisions.”

Chatterton also operates two of Puerto Vallarta’s most elegant boutique hotels: Hacienda San Angel (where Richard Burton once resided) and Casa Kimberly (where Elizabeth Taylor lived). In 2007, Chatterton, who is form San Francisco, began to help animals in Puerto Vallarta.  She opened SPCA Puerto Vallarta in 2012. Today, construction has begun on an addition to the sanctuary.

Chatterton has not been without her detractors. In Mexico, she’s an outsider who’s pushed for change to happen at her pace. “I don’t believe she’s ever accepted ‘no’ for an answer,” Bruce says.

Well past retirement age, Chatterton keeps going, and at the pace of an energizer bunny. Chatterton says, “I suppose I’ve made a difference. I know I’ve saved lives – that’s my passion.”