Steve Dale, certified animal behavior consultant (CABC), has reached more pet owners over the past few decades than any other pet journalist in America.

He’s currently a writer and contributing editor for CATster, columnist for DVM 360 where he also serves as a member of the Editorial Advisory Board. He’s also a columnist for the Journal of National Association of Veterinary Technicians in America. Steve is Chief Correspondent at Fear Free Happy Homes.

Steve’s also a frequent host of satellite media tours and has his own YouTube channel. 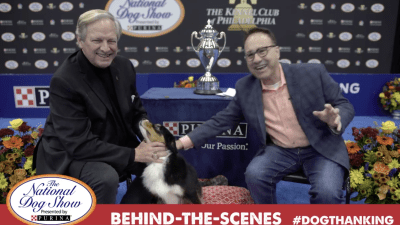 Steve is a contributor to veterinary textbooks The Cat: Clinical Medicine and Management (edited Dr. Susan Little, 2011), Treatment and Care of the Geriatric Veterinary Patient (edited by Dr. Mary Gardner and Dr. Dani McVety, 2017), and El Gato Atropellado (translated The Cat: Hit by a Car, edited Dr. Luis Tello, 2019). He wrote the foreword for Infectious Disease Handbook (Merck Animal Health, 2017), and was an external reviewer for the 2005 Feline Behavior Guidelines (American Association of Feline Practitioners). 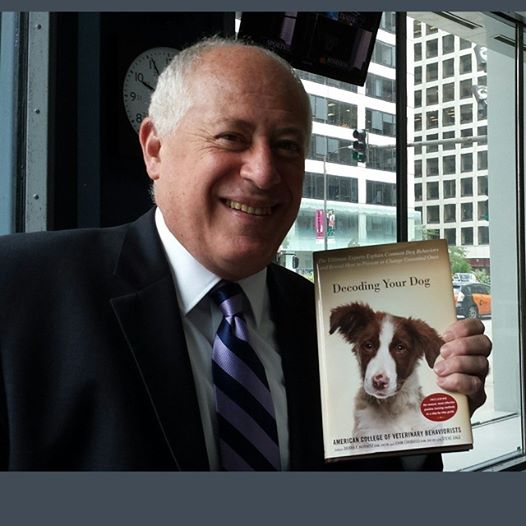 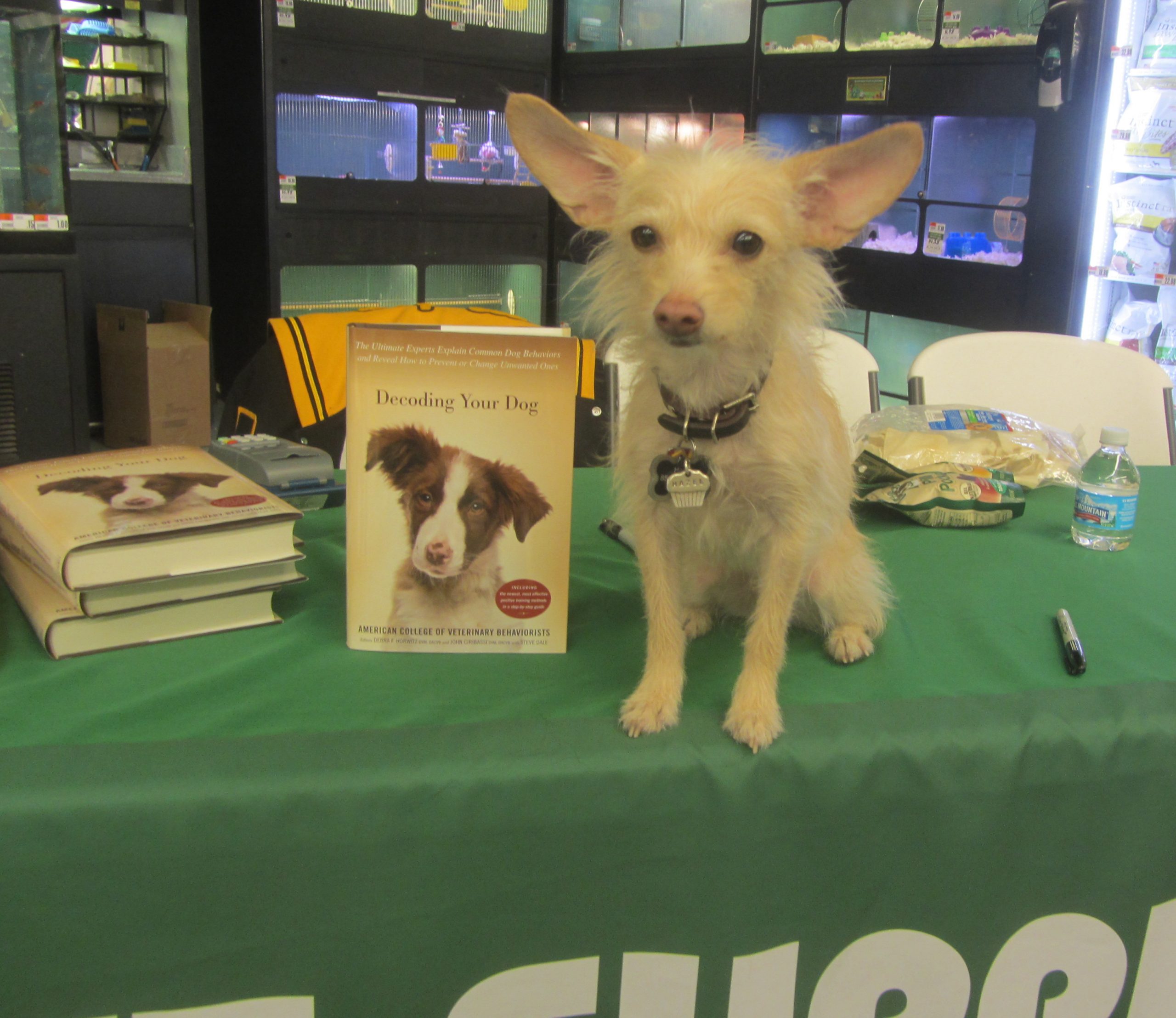 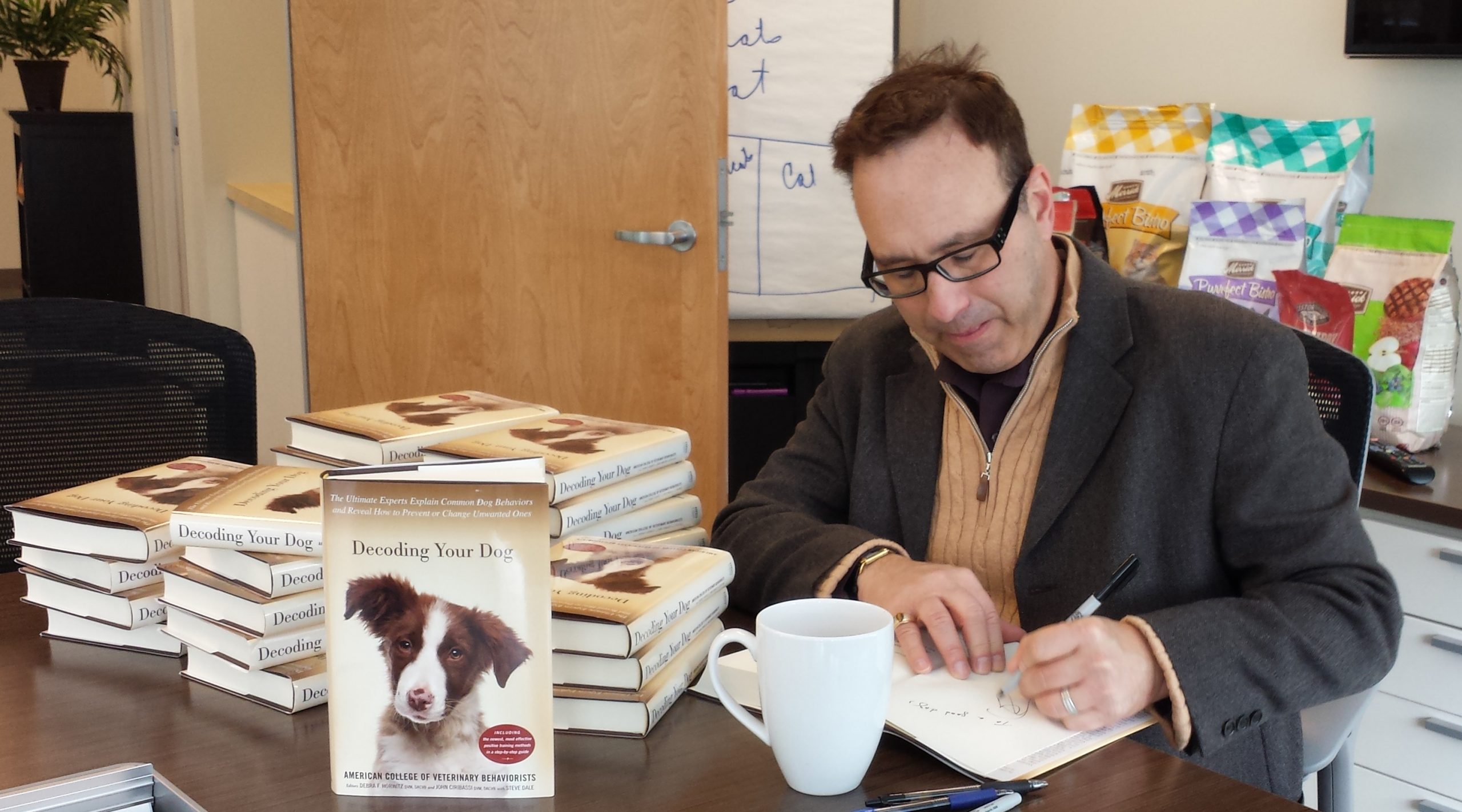 Steve has written introductions or contributed chapters and forewords to many books, including Helpful and Caring Cats: Felines Who Make a Difference, Heartfelt Connections: How Animals and People Help One Another, The Pet Parent's Guide: Infectious Disease of Dogs, Cats Revealed: Everything You've Ever Wanted to Know About Living Happily with a Cat, Bonding With Your Dog, Dog Spelled Backwards, The Compassion of Dogs, Raising My Furry Children, Christmas Cats, Chicken Soup for the Cat Lover's Soul, and Angel Animals and the Kids Who Love Them.

Steve’s presented numerous times at each of the major U.S. veterinary conferences, and regularly at state and regional meetings as well as at veterinary schools, and several times for the International Association of Animal Behavior Consultants.

In addition, Steve has spoken at meetings and events unrelated to pets talking about how vital the human animal bond is, the healing power of pets and his own personal story, “From Covering Show Biz to Playing with Dogs and Cats.” 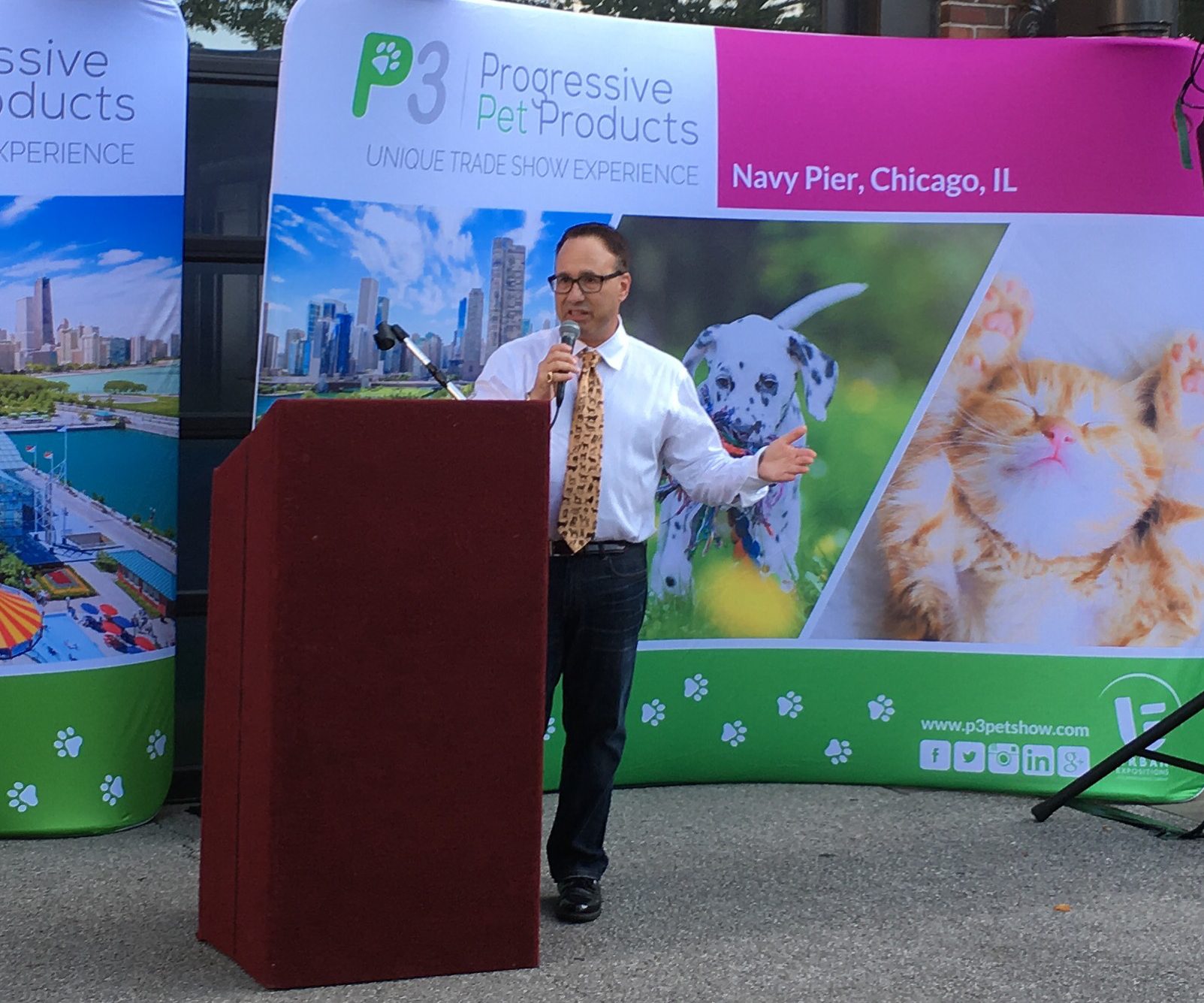 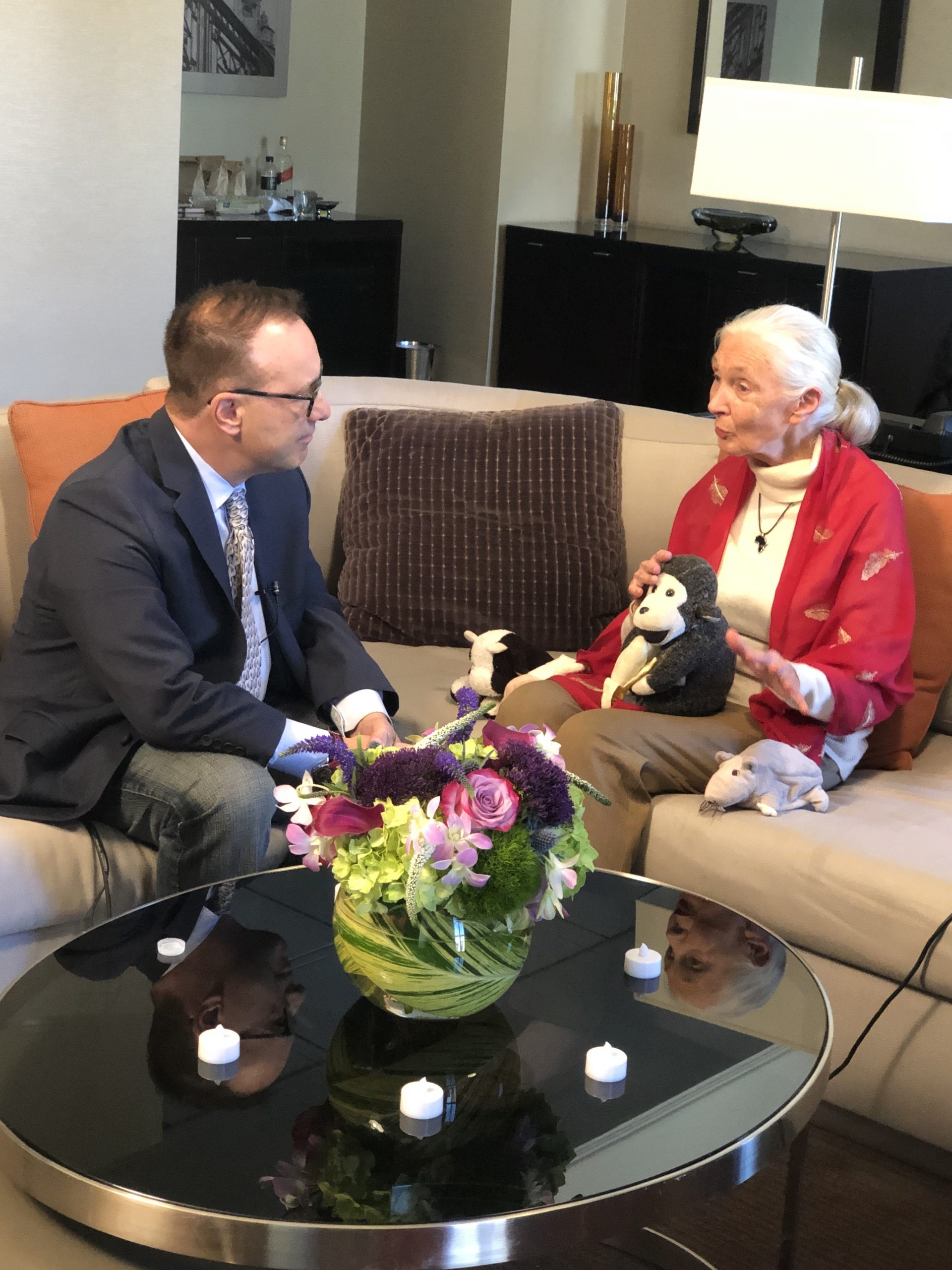 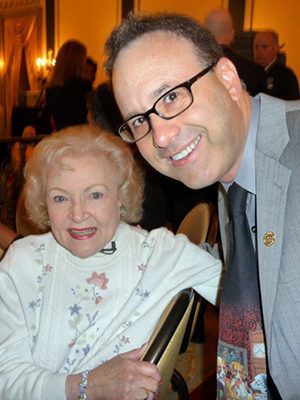 In print, Steve has been quoted in the Wall Street Journal, USA Today, Los Angeles Times, Reader’s Digest, Popular Science, Redbook, various veterinary publications, and dozens more including many blogs. He has also appeared as an expert guest on the BBC and NPR many times, and hundreds of radio, TV programs and podcasts around the world. Steve was also featured twice on Paul Harvey’s The Rest of the Story.

For 21 years, Steve’s twice-weekly multi-award-winning newspaper column was syndicated by the Chicago Tribune (at one time in well over 100 newspapers), and he previously authored pet stories (as his “beat”) for the newspaper. He was a contributing editor for USA Weekend (2002 to 2014), and regular columnist at Cat Fancy magazine (2006 to 2014).

Steve is the primary author of Think Twice Before You Declaw (with Beth Adelman, 2006) and CATegorical Care: An Owner’s Guide to America’s Number #1 Companion (reviewers include AVMA and SAWA), published by the American Humane Association/CATalyst Council, 2010. He co-authored (with Dr. Sagi Denenberg) the American Veterinary Society of Animal Behavior Position Statement on Breed-Specific Legislation (2014). Also edited Preparing for the Future Celebrating the Winn Feline Foundation at 40 (2008) and 50 Years of Advancing Feline Medicine: Winn Feline Foundation Helping Every Cat, Every Day (2018). 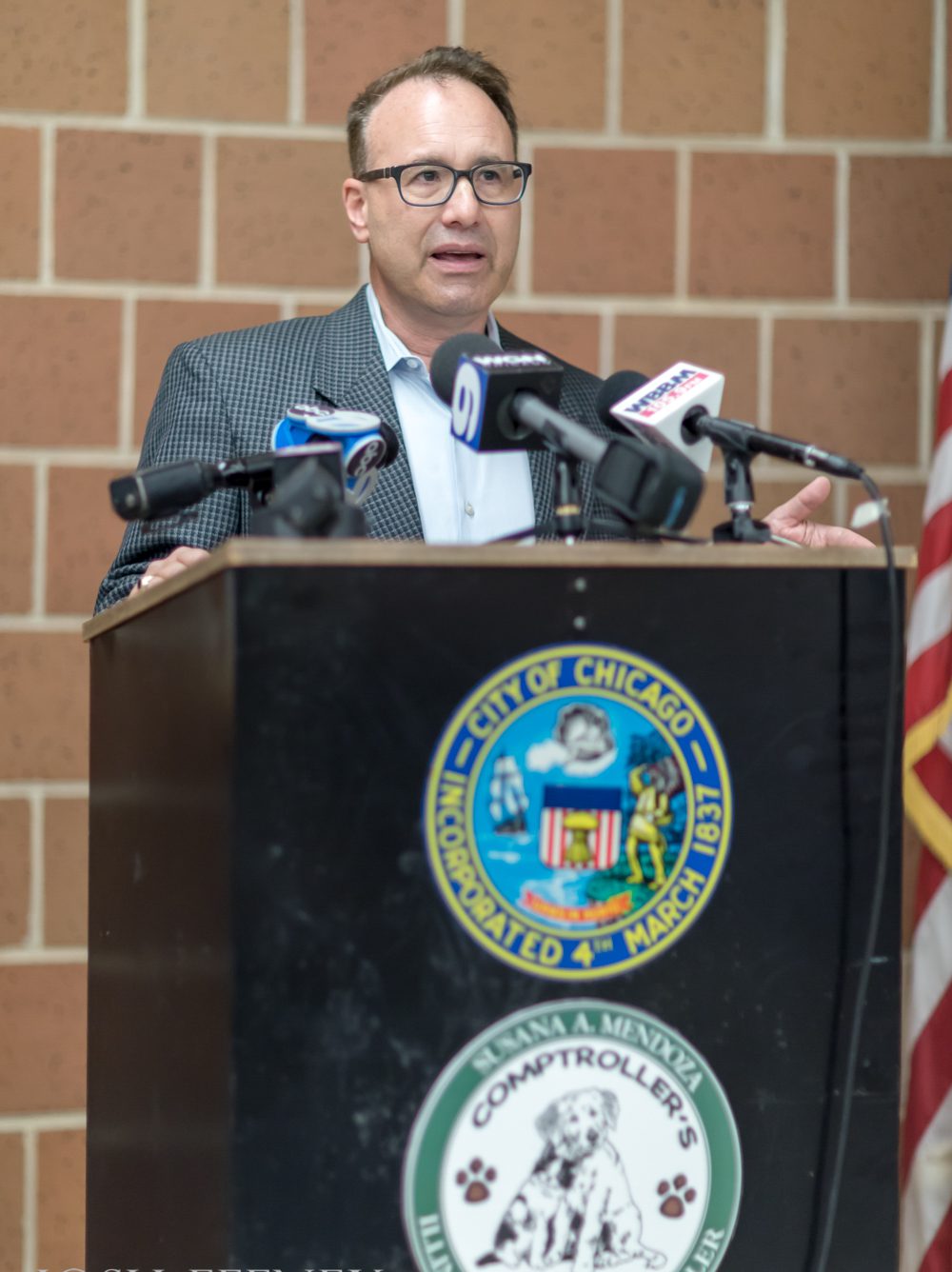 Steve’s a proud member of the Fear Free Advisory Council (2013 to present) and is the Chief Correspondent of Fear Free Happy Homes, and he is certified Fear Free.

Steve was named the first media participant of an AVMA/AAHA initiative to encourage preventive veterinary care, called Partners for Healthy Pets (2014 to present). He co-founded Veterinary Professionals Against Puppy Mills (2014). He's also a co-founder of the CATalyst Council and served on the Board of Directors (2008 to 2012).

After six years, in 2012, he cycled off the Board of Directors of the American Humane Association where he also served as a National Ambassador.

After his beloved piano playing cat Ricky passed away in 2002 of feline hypertrophic cardiomyopathy (HCM), Steve created the Ricky Fund with the Winn Feline Foundation to raise money to research this often-fatal disease. He’s helped to raise over $300,000 – and as a direct result a genetic test was created to determine if a gene defect for HCM exists for two breeds, and further studies are underway.

Steve co-organized and led the event, Purrsing FIP and Winning for the Winn Feline Foundation. at UC Davis (2019). Announced major advances regarding FIP and the meeting prompted a change from fatal to treatable; never before have so many researchers from around the world gathered at a symposium to discuss a single feline health issue. Also, co-organized Health Breakthroughs for Every Cat: FIP and Beyond at the University of Florida College of Veterinary Medicine (2022). 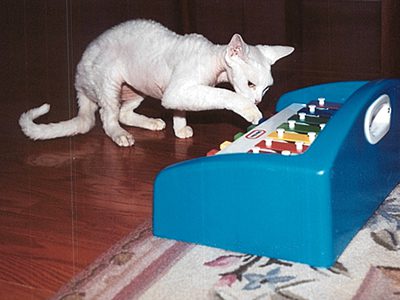 In 2019, it was Steve's idea to create the first fire protection law for pets in the U.S. in kennels or dog day care, signed by Illinois Governor J. B. Pritzker.

As a pet advocate, Steve has testified many times around the country against breed-specific bans and pet limit laws, and in support of trap-neuter-vaccinate-return (TNVR) programs for community cats and helped to advocate and write the protocol for dog parks in Chicago (known as dog friendly areas). Steve has also testified repeatedly on why dogs/cats should not be sold at pet stores, and helped to pass a humane ordinance in Chicago, Cook County and ultimately Illinois.

Steve regularly advised Illinois Governor Pat Quinn regarding pet-related issues and was a leading voice for bills to prohibit breed-specific bans and also it was Steve’s idea to create a law change to prosecute dog fighters with enhanced felony charges when convicted of fighting near schools, children’s play areas or daycare centers. 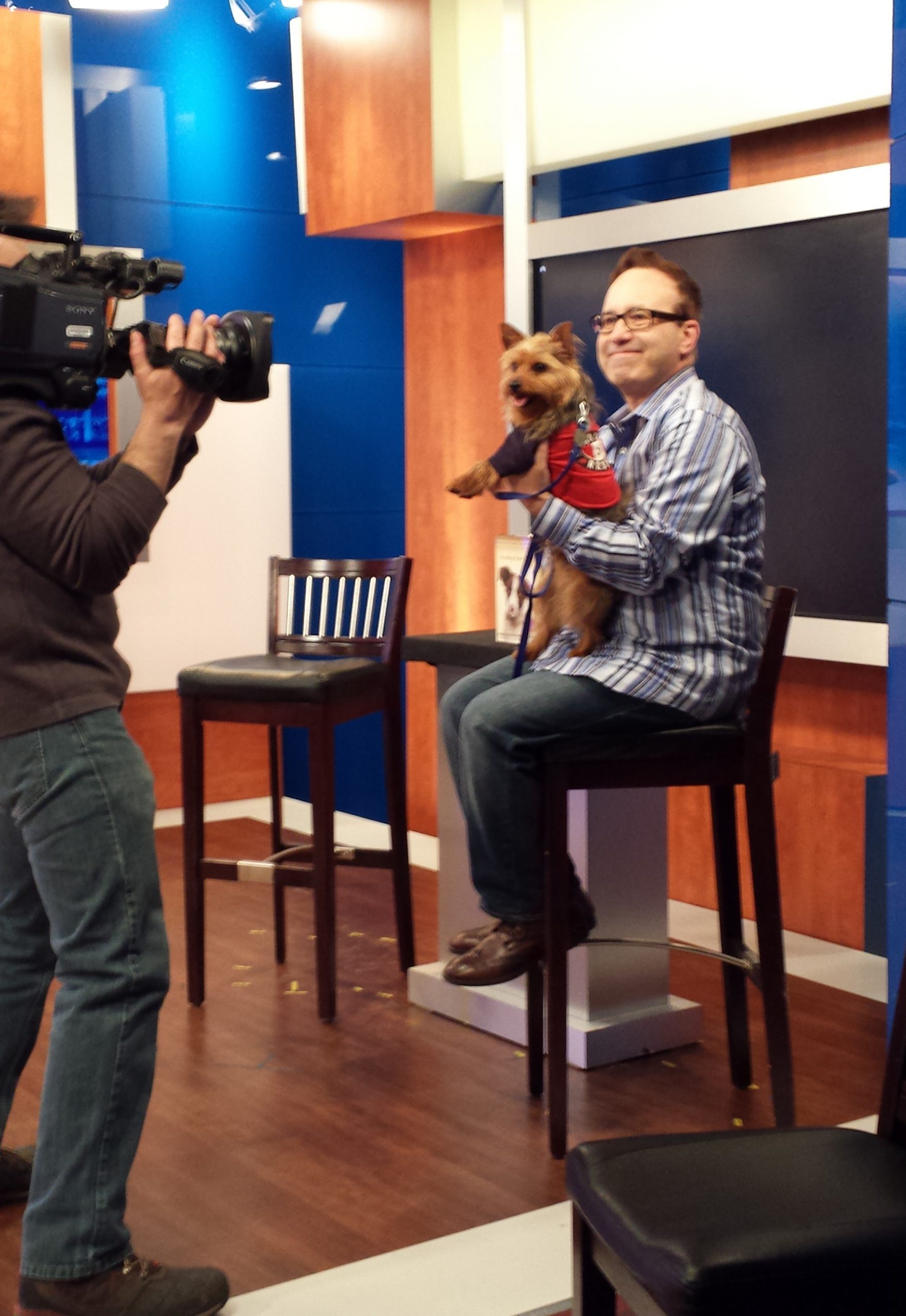 Among Steve’s many awards are the AVMA Humane Award (2002) and Editor and Publisher syndicated newspaper Feature Writer of the Year Award (2001).

In 2012, Steve became the youngest person ever inducted into the Dog Writers Association of America Hall of Fame. 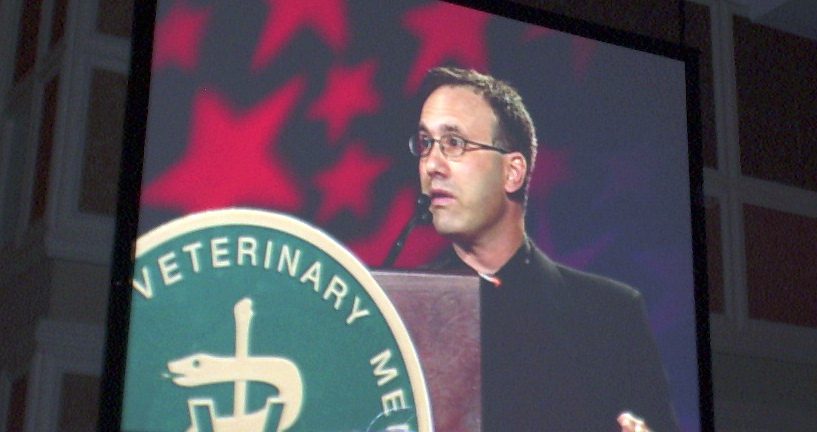 December 19, 2021: Chicago Mayor Lori Lightfoot and the Chicago City Council proclaimed it "Steve Dale Day," thanking him at City Hall with a four page proclamation for his advocacy for animal welfare.

Two more of Steve’s favorite honors: Commencement Speaker at Madison Square Garden for Ross University School of Veterinary Medicine (2008), and appearing (in 2012) as 59 across in a TV Guide Crossword Puzzle (pet journalist Steve _ _ _ _).

Steve hosted a general podcast on WGN Radio for five years, which in 2020 was transformed into a Sunday afternoon WGN Radio show called Steve Dale’s Other World (about topics generally unrelated to pets).

Steve once played music on various Chicago area radio stations, and covered the Chicago celebrity beat for USA Today and People Magazine, and authored a column called Celebrity Watch for the Chicago Tribune.

What Steve's Up To

Get the latest buzz on the pet world by following Steve Dale on Instagram.