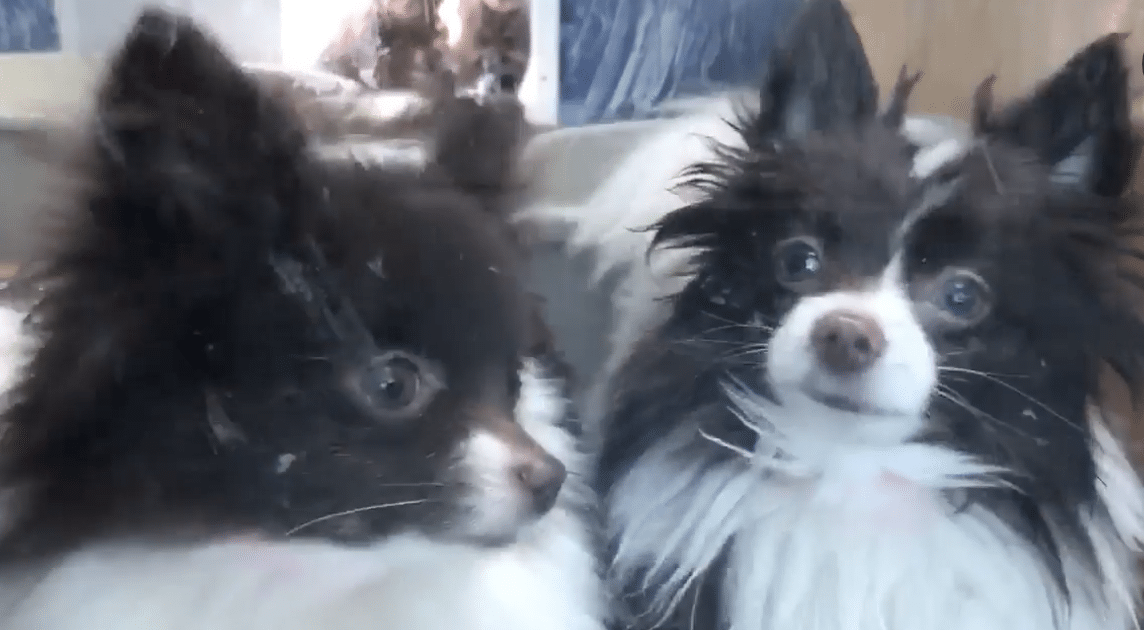 The Las Vegas Metropolitan Police Department believe the 164 Pomeranians were put in the truck by a “breeder” in Sandy Valley, Nevada. The dogs were stacked in kennels without food, water, or proper ventilation. 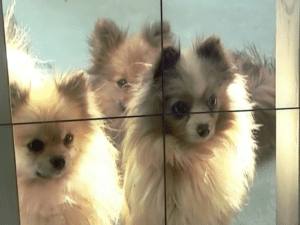 The driver, who has not been identified, was a woman from San Bernardino, California, whom officials described as a possible “backyard breeder.” The woman reportedly loaded the dogs into the truck and left California after receiving a tip her property would be searched. 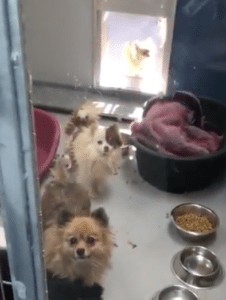 The dogs range from about 3 months to about 12 years. And, according to initial reports, the dogs are dirty but have treatable medical conditions.

The sudden addition of so many dogs is taxing the shelter’s resources. On average, the foundation takes in 80 new animals a day.

So far, no charges had been filed. The Metropolitan Police Department’s Animal Cruelty Unit continues to investigate, along with Clark County Animal Control and San Bernardino authorities.
It’s not been reported exactly where the dogs were headed, but likely the final destination would have been to one or more pet stores. It’s ironic that Las Vegas city officials just reversed their ban on dogs and cats being sold at pet stores. This incident illustrates why the ban was passed in Las Vegas and in more than 200 other cities in the U.S. and Canada in the first place.