The U.S. Department of Justice has seized 68 big cats from Jeffrey and Lauren Lowe’s Tiger King Park in Oklahoma for ongoing Endangered Species Act (ESA) violations. If the Lowe’s name sounds familiar, you likely watched the Tiger King on Netflix. Among the cats are African lions, unknown tiger subspecies, lion-tiger hybrids and a jaguar. 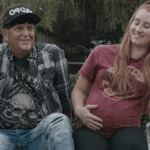 The U.S. Department of Agriculture’s (USDA) Animal and Plant Health Inspection Service has conducted three inspections of Tiger King Park in Thackerville, OK since mid-December 2020. During these inspections, the Lowes received citations for failing to provide the animals with adequate or timely veterinary care, appropriate nutrition, a shelter that protects them from inclement weather and space that is large enough and appropriate to allow them to engage in normal big cat behavior.

The Lowes were recently found in contempt after months of noncompliance with court orders requiring them to employ a qualified veterinarian, as well as establishing and maintaining a program of veterinary care that meets the requirements of the Animal Welfare Act.

The Justice Department alleges that these violations as to ESA-protected animals also constitute violations of the Endangered Species Act.

The Lowes, through their attorney, have denied any wrongdoing and suggest the government is “after them.”

This action does occur simultaneously to U.S. Representative Mike Quigley’s Big Cat Public Safety Act, which I spoke to him about just days ago.  This also occurs following an adolescent Bengal tiger, which was kept as a “pet,” that had wandered a Houston, TX neighborhood.

“The U.S. Fish and Wildlife Service enforces the Endangered Species Act,” said Assistant Director Edward Grace of the U.S. Fish and Wildlife Service’s (FWS) Office of Law Enforcement. “The law protects imperiled species, such as tigers, both in the wild and in captivity. We work jointly with our federal law enforcement partners to conserve and protect natural resources and we are pleased that we could provide our expertise to assist the U.S. Marshals and USDA officers. Together, we will ensure these animals receive proper care and rehabilitation.”

My view: This action taken by the U.S. Department of Justice is appropriate, though long overdo. All so-called roadside zoos ought to be closed down forever. And I was surprised at the resistance on my Facebook page to an albeit small number who suggest the government shouldn’t be able to say lions, tigers and other big cats can’t under any circumstances be kept as “pets.”