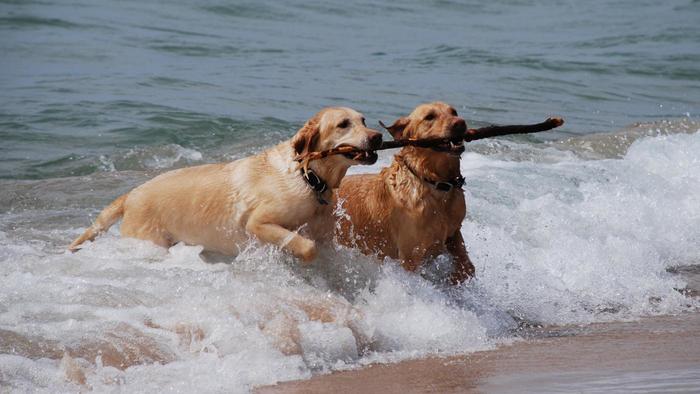 According to American Kennel Club (AKC) breed registration data, the most popular dog breed for the past 30 consecutive years continues to be the lovable Labrador Retriever.

Labs are one of the most amenable and versatile breeds, enjoying rollicking in the snow, enjoying chasing and retrieving over and over again, and often times with a temperament suitable for working in animal assisted activities, visiting hospitals or nursing homes or serving as service dogs. 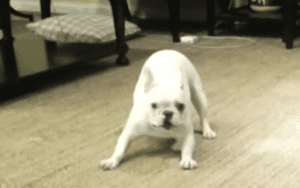 The French Bulldog for the first time ever wiggles into the number two spot. Certainly, Frenchies are fun and adorable. But they also snort, snore and are responsible for, at times, excessive flatulence. And with their popularity their value has increased too, as exhibited by the theft of Lady Gaga’s Frenchies. Explaining all this is difficult to do.  Why Frenchies? And they’re generally not inexpensive. 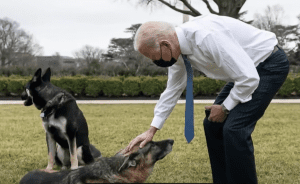 With the French Bulldog pushing ahead to number two, Golden Retrievers dropped to number four on the popularity chart, perhaps their various health issues are responsible for diminishing their status just a bit. German Shepherd dogs are now the third most popular breed, according to the AKC list.  With German Shepherd Dogs now in the White House, perhaps their popularity will rise – that’s how these sorts of things sometimes happen. 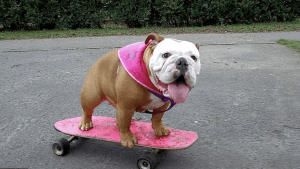 Number five on the pop chart are Bulldogs. Poodles are number six with a clear advantage, as all their varieties count to combine together, standard, toy and miniature Poodles. Number seven and in the top-10 now for about 50 years are Beagles. Before Labs began their three decade reign in the number one spot, Beagles were America’s top dog and they do remain popular.

Rounding out the top 10: 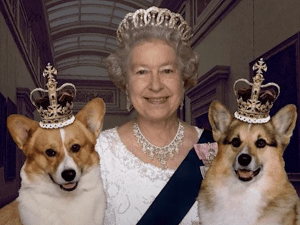 Pembroke Welsh Corgis have been adored by the Queen for decades

Walk around neighborhoods, you see more of these two breeds than ever before: Number 11 on the AKC list are Pembroke Welsh Corgis and number 12 are Australian Shepherds, both quite trendy and reaching a record high in their breed popularity. These are fun and very smart dogs, but they do best with a fair amount of exercise.

Rounding out the top 20 breeds:

Miniature American Shepherds are an apparently “cool” breed to have. This breed, essentially a miniature Australian Shepherds, debuted on the AKC chart just a few years back at number 36 and is now number 31.

The Belgian Malinois jumped from 60th most popular breed in 2014 to 37 this year. Likely this surge occurred because of the increase in need from law enforcement for working dogs.

The bottom feeders and the end of the AKC list, at number 194, the English Foxhound and at 195 is the Norwegian Lundehund (once called the Puffin Dog).