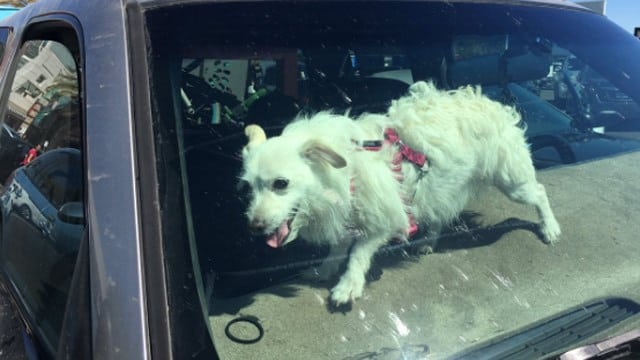 The AKC now actively opposing two bills in Illinois which would allow bystanders to rescue dogs from hot cars. Supporters note the bills could still be tweaked. And law enforcement – who must according to the bills be contacted before breaking into save a pet in distress – is still offering input.

I don’t comprehend why the AKC wants to see the bills go down in flames while each year in Illinois, and around the nation, people sadly do continue to leave dogs to die in hot cars. It appears the AKC’s primary concern is property value of vehicles, not dogs that do die in hot cars.

Check them out for yourself, Illinois House Bill 4191 and Senate Bill 2294.

I have three questions:

The AKC even points this out in their own alert – and the have to because it’s true:  “The bills do require that the person attempt to call a law enforcement officer, emergency medical services officer, an animal control officer, or 9-1-1; and also require the person remain with the animal until they arrive.”

I’m confused.  Again, one thing to say these bills require adjusting, another to not only actively oppose but ask their constituency to write legislators in opposition.

I suppose I can add a fourth question: Does what the AKC says even matter any more? Aside from having the dollars to hire lobbyists, why should it matter? And far be it from me to suggest what the AKC does, but it seems their efforts to oppose laws intent on preventing animals from dying in hot cars is very odd and unfortunate. Why don’t they work on simply improving these bills if they have issues? I more and more miss the AKC I once knew.