AKC Supports Responsible Breeders or Puppy Mills? Which Is It?

Pet owners have had it with puppy mills, and the movement to ban the sales of dogs and cats began organically online. From this organic movement came the nonprofit Puppy Mill Project, which advocates for these bans. 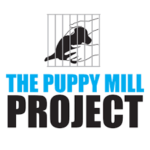 You would think an organization dedicated to dogs would enthusiastically support legislation targeting puppy mills. However, the reverse is true. The AKC is spending resources in a completely different way, and is actively opposing legislation that says anything about limiting pet store sales of dogs and cats. The AKC tried hard, and spent money, to prevent the state-wide California bill, though their efforts failed. 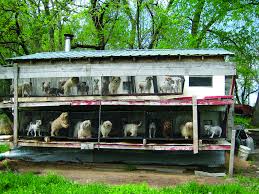 It seems the AKC is supporting operations like these as well as hobby breeders. How can they?

Last March, Arizona state legislators voted to prevent cities from creating bans limiting what pet stores can sell, and the AKC celebrated this as a “victory” for breeders.

So, here’s what someone needs to explain for me. The AKC is adamantly and actively fighting  against laws restricting the sales of dogs and cats at pet stores. And therefore, the AKC clearly supports the notion that pet owners buy their pups from pet stores. However, in their own recent book, The New Complete Dog Book, 22nd Edition, which was edited and authored by the AKC, they warn pet owners about going to only a responsible breeder and carefully defining “responsible” several different ways.

They write about how the best breeders are likely to be involved in the dog world, probably showing and exhibiting dogs.

There is no way to know if the “breeder” (I put it in quotes because those who supply to pet stores are never responsible breeders, and it’s an insult to breeders to include them among suppliers from puppy mills or commercial facilities) who provided dogs to a pet store is involved in the dog world, showing/exhibiting dogs at shows. Of course, it is unlikely anyone selling to a pet store is also involved in personally exhibiting dogs at a dog show. And, employees at pet stores aren’t likely to know. 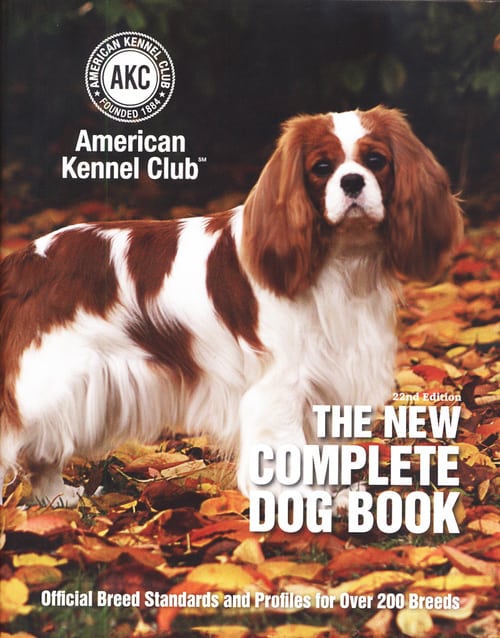 In the AKC book, a “green light breeder” is one who “eagerly opens his or her home to you. By visiting, you’ll get an idea of how the puppy is being raised, and what the mother is like in both looks and temperament…”

The AKC book continues, “A responsible breeder will also want to get a look at you, how you behave, and sometimes how the dogs react to you, to see whether or not you are the right ‘fit’ for one of his or her puppies.”

Of course, if you purchase that doggie in the window, you’ll never be asked about being a “good fit.” And, you’ll never meet the people who originally bred the dog.

The AKC book continues about how to verify quality breeders, including checking with the AKC parent club. Even if the pet store offers a “breeder” name (usually they won’t), it may be suspect.

The AKC book calls it a “red flag” if a breeder is unaffiliated with any club or organization and offers no background on a puppy’s parents. “Responsible breeders will know, in detail, about several generations of great dogs who went into creating this latest litter.”

If you walk into a pet store, there’s no way to learn any of the information regarding the dog’s lineage. Sometimes, you might hear or read via a sign or online blurb that says something like, “Puppies from champion parents,” but specifics aren’t offered because they cannot be.

But the AKC is supporting the sales of these dogs when they campaign against laws preventing their sales at pet stores. Their actions completely contradict the advice they offer in their book.

It gets worse: The AKC book says a “red flag breeder” is one “who will not show you any health-screening results, talk about health issues encountered, or says he or she does not conduct any health or genetic tests because he or she has ‘never had a problem.’” 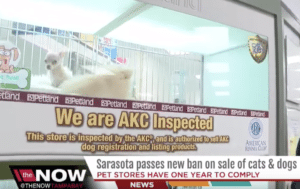 This pet store is “AKC inspected.” What does that mean?

At a pet store, you obviously never meet the breeder to get this information directly. And, if the pet store says they know the answers, they are likely making it up, which may be consumer fraud.

Another “red flag breeder,” according to AKC’s book, is one who is “ready to hand you a puppy that day and is willing to sell you one younger than eight weeks.”

While hopefully most pet stores adhere to laws about not selling under eight weeks, they do sell dogs right there and then, on the spot. That is what they do.

“Puppies who are lethargic or seem unhealthy in any way, and a breeder who can not answer questions about vaccinations or general health issues, such as heartworm, puppy coughs, and so forth,” are more signs of “red flag breeders,” according to the AKC book.

Some puppies and dogs at pet stores do appear to be thriving, but often times they are not. People are given all sorts of “excuses” for the puppy’s lethargy or depression. And, while some pet stores and pet store employees can answer general health questions, many cannot.

In some cases, state lemon laws may allow a sick dog to be returned. But, people have purchased a dog, not a washing machine, and the family has fallen in love. They really don’t want to return the dog (or cat) to the pet store because of the emotional connection that’s been made. And, what happens to sick animals that are returned?

Here’s my favorite “red flag,” again, in the AKC’s own words: “A breeder who is only interested in whether you can afford the asking price.”

If that is a red flag, then all pet stores are inherently red flags because they are only interested in you answering one question: “Will that be cash or charge?”

I attempted not to take any of the above out of context. Still, it seems clear to me that the AKC has two sets of rules about how and where consumers should get dogs, and they absolutely contradict each other.

By supporting pet stores and where they get dogs, how does the AKC also support breeders who actually breed as they should, carefully following the guidelines offered in this book? How do they support the breeders who clearly care, are committed to their breeds, and love their dogs?

I have requested to speak to the AKC on the radio about these issues, but they have refused my request. I did receive a response in writing from Sheila Goffe, AKC VP of public relations, who explains the AKC perspective. This blog features her comments and my reactions to those comments. 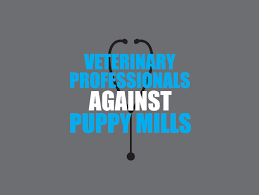 To my knowledge, most state veterinary medical associations have either stayed out of the fray or support bans on the sales of dogs and cats at pet stores, except in Illinois. The Illinois Veterinary Medical Association is, for some reason, supportive of the pet store industry and AKC’s opposition to these bans.

In my experience, most veterinary professionals don’t support puppy mills and are as horrified by them as anyone else. In fact, the National Association of Veterinary Technicians in America has officially come out in full support of banning pet store sales of dogs and cats, clearly representing their membership in doing so. There is even a Facebook page for the nonprofit Veterinary Professionals Against Puppy Mills.

Again, I would love to speak to the AKC in a public forum so I can better understand their contradictory position.