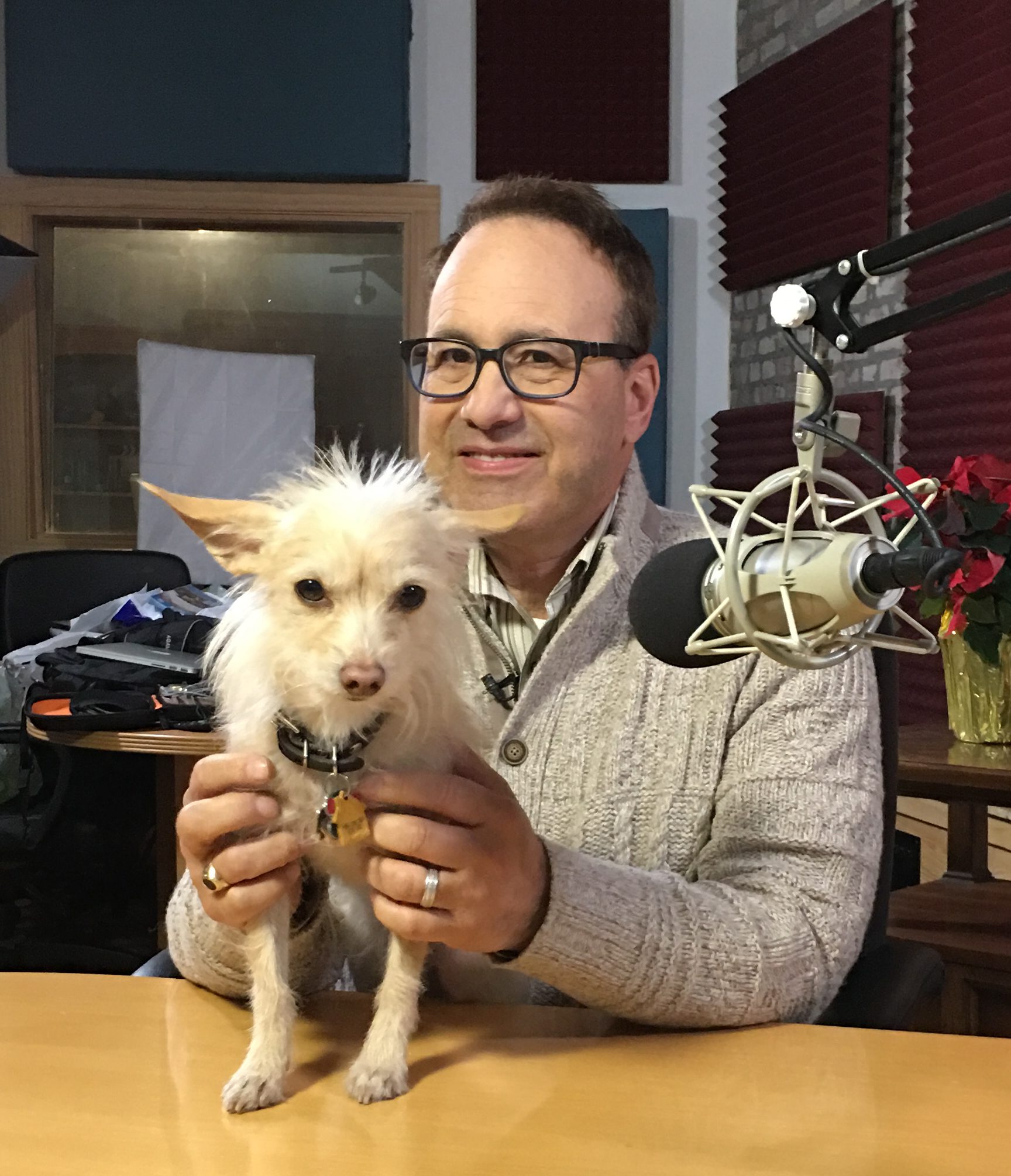 I am truly humbled – not just saying that word but mean it in every way possible. I never would have dreamed such a thing could even be possible. Thank you to Dr. Marty Becker, the American Veterinary Medical Association, the veterinary community and most of all to my regular readers, listeners and viewers over the years. The award will be presented at the Convention of the American Veterinary Medical Association in Philadelphia on July 30. I have many more to thank and will do so in a post closer to the event.

(SCHAUMBURG, Illinois) May 23, 2022—The American Veterinary Medical Association (AVMA) has announced that Steve Dale is the winner of the inaugural AVMA Excellence in Media Award, which will be presented this August at AVMA Convention 2022 in Philadelphia.

This new award was established by the AVMA to honor the achievements of an individual who has contributed to the positive visibility of the veterinary profession by raising public awareness of the important and diverse roles veterinarians play in every facet of the health and welfare of animals, people and the environment.

Underscoring Dale’s contributions to the profession, the award will subsequently be named the AVMA Steve Dale Excellence in Media Award.

“I can’t think of anyone more deserving of this award than Steve,” said AVMA President Dr. Jose Arce. “His knowledge, passion, good humor and dedication to the wellbeing of animals have made him not just a great source for animal and veterinary news, but also a pleasure to work with. For more than 30 years, Steve has been a true champion of our profession and the animals we treat. We are indebted to him for all of his contributions and his service.”

Dale is also currently a writer for CATster and writes for DVM 360 and is a member of their CE faculty. He’s also a columnist for the Journal of National Association of Veterinary Technicians in America. In addition, he is a frequent speaker at veterinary and animal-related events around the world, and has contributed to and authored several books on animal health and behavior.

In 2019, Dale’s efforts led to the creation of the country’s first fire protection law for pets in kennels, which was signed by Illinois Gov. J. B. Pritzker. He advised former Illinois Gov. Pat Quinn on several companion animal issues, including creating an enhanced felony for dog fighting when near a school or playground. In Chicago, Dale created the Chicago Task Force on Companion Animals and Public Safety (2000 to 2010), which helped to overturn proposed breed bans, proposed mandated pediatric spay/neuter, and proposed pet limit laws. He was honored for his advocacy by Chicago Mayor Lori Lightfoot on December 9, 2021, proclaiming it “Steve Dale Day.”

His expertise and experience in the field makes him a frequent guest on local, national and international television, with appearances on The Oprah Winfrey Show, National Geographic Explorer, Good Morning America, PBS, Animal Planet and more.

Dale is a proud member of the Fear Free Advisory Council and is the chief correspondent of Fear Free Happy Homes, and he is certified Fear Free. He’s served on many boards, most recently the Human Animal Bond Association and EveryCat Health (formerly Winn Feline) Foundation.

Among his many awards, Dale received AVMA Humane Award and Editor and Publisher syndicated newspaper Feature Writer of the Year Award. In 2012, Dale became the youngest person ever inducted into the Dog Writers Association of America Hall of Fame.

This year’s award is generously sponsored by Fear Free Pets.

“What I love about Steve is that while he isn’t a veterinarian he champions for animals as if he were one,” said Dr. Marty Becker, founder of Fear Free Pets. “He exemplifies all we work for on behalf of animals and the people who care for them and this award is one small way to honor his contributions.”

Dale was previously honored by the AVMA with the AVMA Humane Award in 2002.

Serving more than 99,500 member veterinarians, the AVMA is the nation’s leading representative of the veterinary profession, dedicated to improving the health and wellbeing of animals, humans and the environment. Founded in 1863 and with members in every U.S. state and territory and more than 60 countries, the AVMA is one of the largest veterinary medical organizations in the world. Informed by our members’ unique scientific training and clinical knowledge, the AVMA supports the crucial work of veterinarians and advocates for policies that advance the practice of veterinary medicine and improve animal and human health