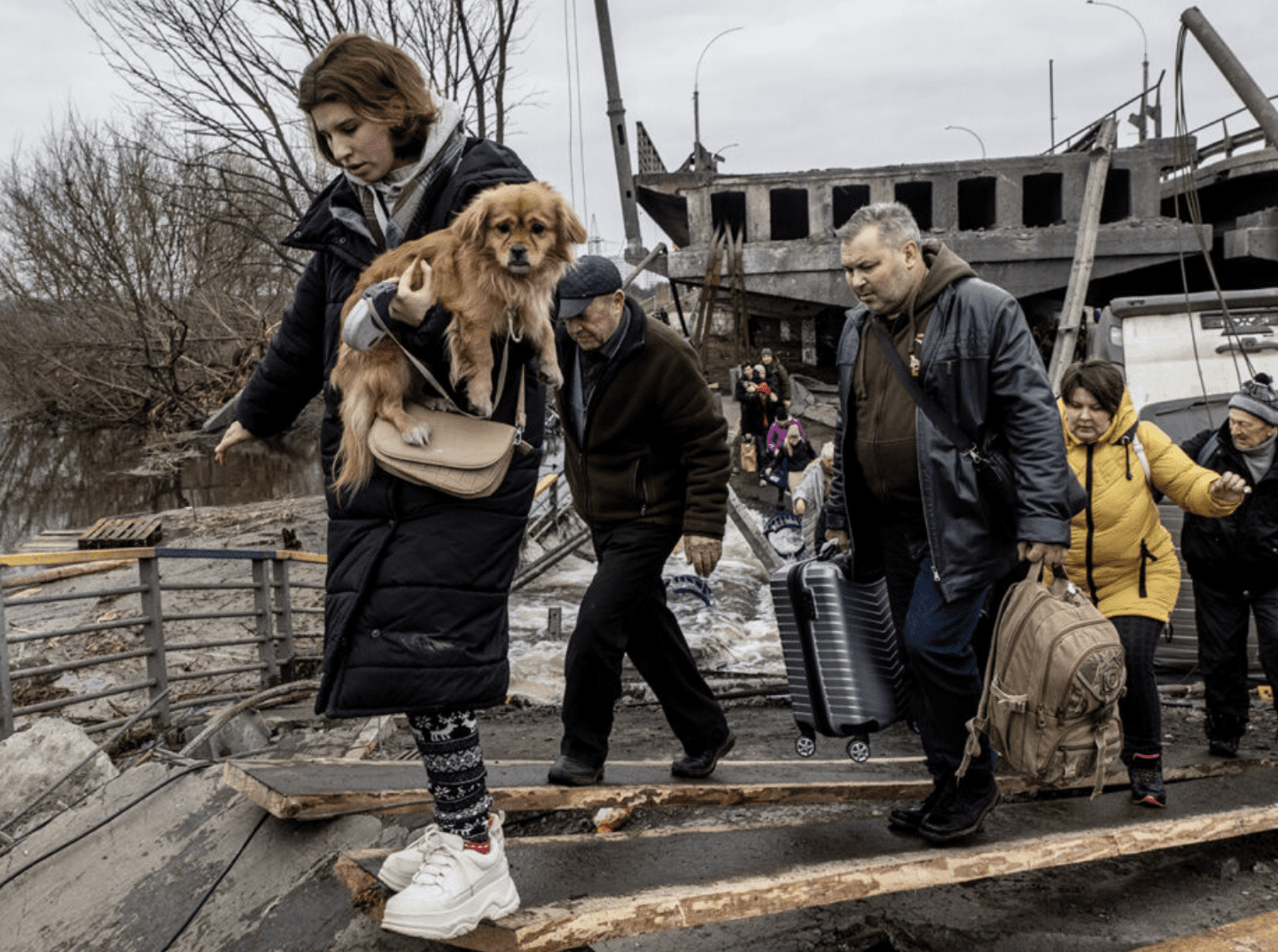 It’s horrific and what’s happening in Ukraine may be best described as genocide, “evil without limits,” says Ukraine President Volodymyr Zelensky. While unimaginable, the horrors are real and no human beings should be put through this.

It’s obvious citizens in Ukraine care about family, which include their pets. While civilians there have done nothing wrong, dogs and cats are totally innocent victims as well. Documenting events, 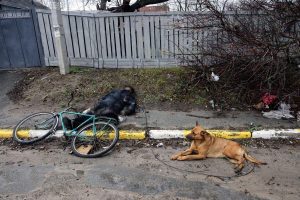 photographer/journalist Jakub Rybicki says many dogs are “going crazy” due to sounds of bombs, and aren’t being taken outdoors.

In one shelter over 300 dogs died of hunger and thirst, trapped in their cages.

Volunteers who managed to reach the facility rescued some residents, most of whom are in critical condition. Several dogs did not make it to the veterinary clinic and died on the way at the hands of volunteers.

There’s the story of the dog – typically loyal dog, who refused to leave his dead owner’s side.

It’s should be no surprise, reports of Russians killing stray dogs, as they actually did the same in their own nation before 2014 Sochi Olympics.

Some have carried their older animals or pulled them in wagons or strollers to escape the country.


Other animals, likely thousands, have been left in homes to starve or be killed.

There is at least some hartwarming news. 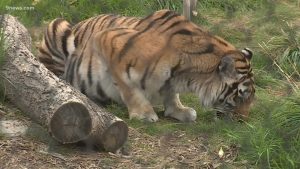 Ukraine’s zoos are attempting to deal with the war. Some of the animals at some zoos have been rehomed to zoos in Poland but this is just not going to be possible for many species as some animals aren’t easy enough to move, transport across the country is incredibly risky and/or the issue of the Polish zoos only having so much space.

There are three large zoos, Nikolaev Zoo, Kyiv Zoological Park and Kharkiv Zoo, in cities currently under attack by the Russian military, which have talked about how they are currently coping. Reports indicate that several zoos are considering euthanizing some animals, as for example if a tiger gets out, there’s an additional danger to the public not to mention that any animals getting out would likely starve to death. Keepers have been incredibly loyal and downright heroic doing the best they can under horrific circumstances.