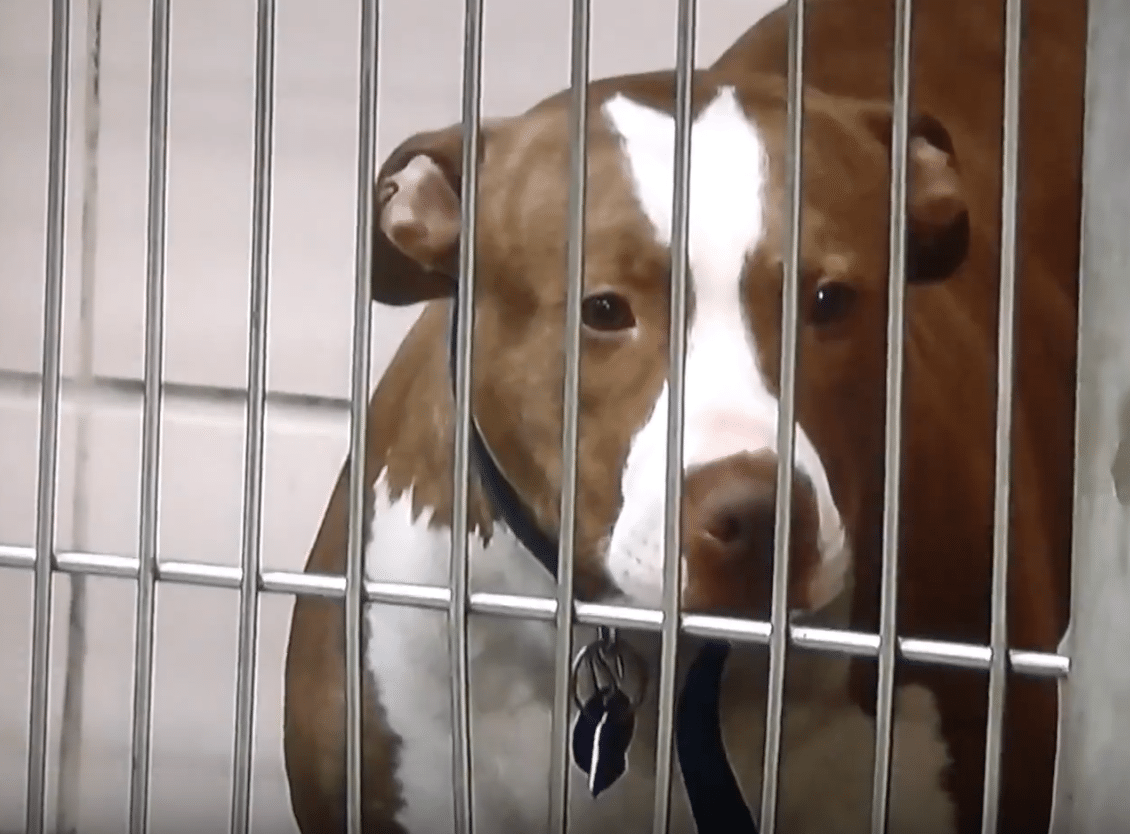 The Animal Welfare League (AWL) of Chicago and Chicago Ridge is an integral part of the greater Chicago shelter community for many reasons, but most importantly because they are an open-intake facility. Knock on their door, and your are in.

However, in recent years, the AWL lost their way, and now the Estrada family is out.

A group of concerned ex volunteers and ex employees said enough is enough, and began to speak passionately out via social media in January about poor conditions (rodent infestations and a pigeon coup inside), a lack of consistent protocols, unwillingness to work with rescues willing to save animals, alleged temperament testing which is hardly standard even for the 1970’s let alone today, and allegedly some suggesting veterinary protocols – some downright dangerous – were made by individuals who are not veterinarians. And this isn’t a complete list. At first, I thought their claims – so outlandish, may be exaggerated. The group offered proof which showed otherwise.

How bad it was, or even worse than this behind the scenes at AWL

In February DEA agents and Illinois Department of Agriculture visited the facility. Various allegations were suggested. There were TV reports, and I spoke about the situation and on WGN radio on my show and others, and authored blog posts. The issues were discussed at Chicago Ridge Village Trustee meetings.  One trustee, Edmund Kowalski, said, “We are a humane community; we care and we need to get to the bottom of this, and to help Animal Welfare League if we can.”

Kowakski created a panel (which I’ve advised), who include several who have worked and/or volunteered for Animal Welfare League. For a time it appeared as though AWL  was listening. Linda Estrada, executive director for 22 years resigned her concurrent role as the President of the Board of Directors.

I was among those who pointed out how unusual it is for a Board President of a non-profit to also serve as the executive director.

And Dr. Sandra Newbury, known nationwide for her ability as a “fixer” to animal shelters, director of the University of Wisconsin Shelter Medicine program, began to make recommendations. Newbury was helping hands-on, and she was initially pleased with the progress made. Kowalski and most panel members expressed optimism.

Protestors have made a difference, in person, and online

However, then something happened – and things began to slide back to where they were at AWL.

Newbury only helps those who accept her help and expert advice, so she walked away when the Board and/or Estrada no longer payed attention. Meanwhile the community pressure never let up. Other facilities nearby and Chicago Animal Care & Control were taking in more animals because of the “mess” at AWL.

Kowalski ordered Chicago Ridge inspectors (from several departments) to surprise the facility, and what they found was “appalling.”

This week, Linda Estrada either walked away or was pushed out (depending on who you hear the story from; Ms. Estrada did not return my phone call). And her sons, are also now gone from their AWL jobs. Here is the statement, and the presumably up to date list of Board members (the Estrada name is notably absent). 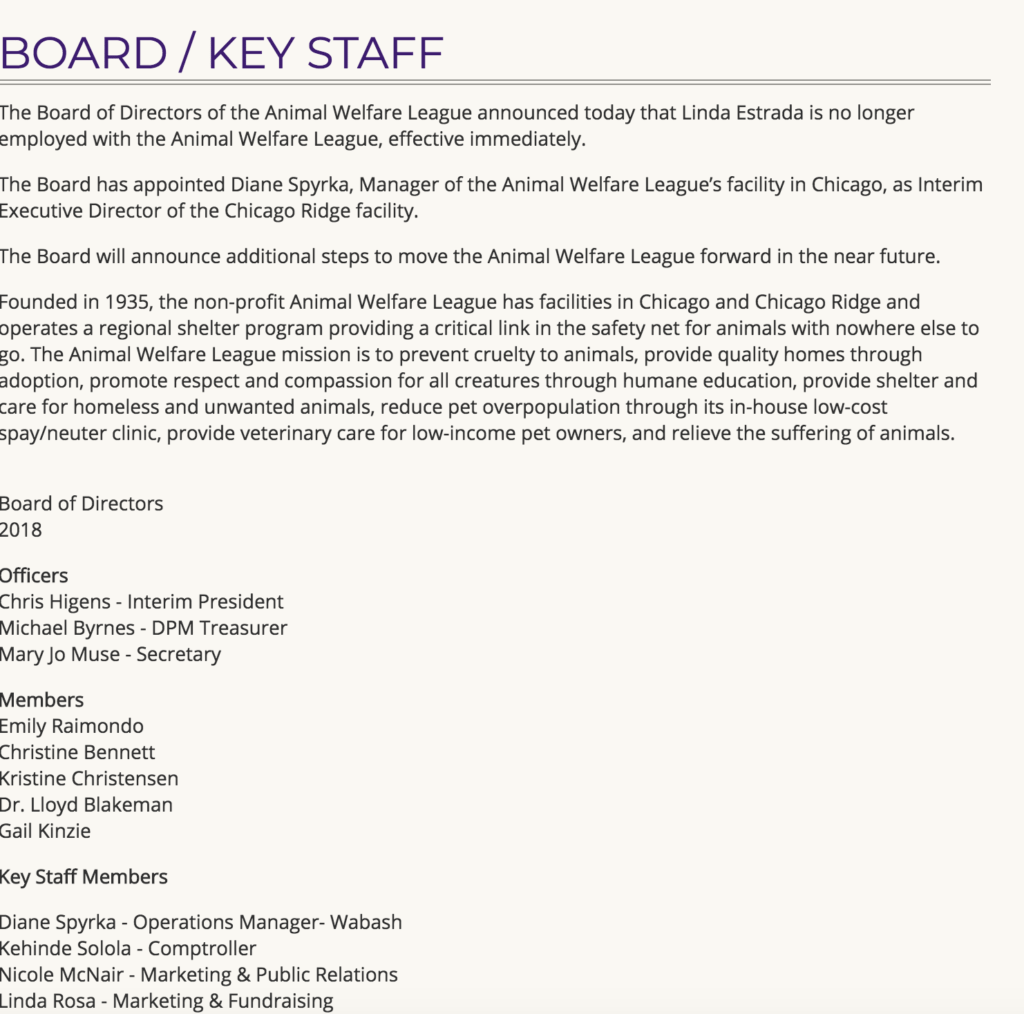 It’s important to note that the operations manager will be Diane Spyrka, who has overseen operations of the AWL Chicago location for many years. She is well respected and admired, and personally I have referred to her as an angel.

Kowalski make it clear that his intent is to improve lives for animals sheltered at AWL, and not to close the facility. In fact, in part, because they are open admission – those who are involved with animal welfare in the Chicago are realize the importance of the AWL. 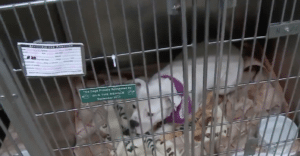 It must get better, and it will

I have no idea what apparent shift occurred at the Board or why. Here are some of my suggestions, which I hope may be seriously considered.

Again – no one wants to see AWL shuttered, but everyone wants and expects appropriate welfare standards, including the five freedoms are adhered to. One more note to the Board, it may not feel like people are in your corner, but actually they are.