Animal Welfare Matters, And Paul Vallas Gets It 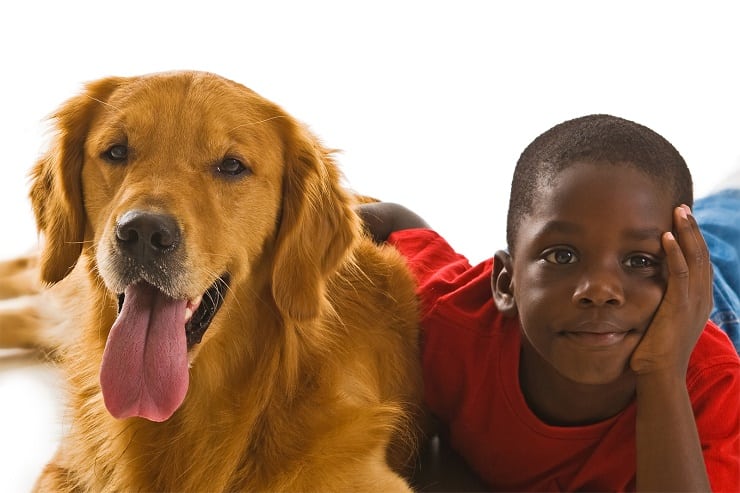 The phrase “Animal welfare matters” has more layers to it than you may at first think.

Many studies from around the world have demonstrated a real link, that when people are violent to animals they are more likely to be violent to one another. In fact, the term used by law enforcement and mental health professionals is “the link.’ Domestic violence abusers often abuse animals before and again simultaneous to them attacking people. 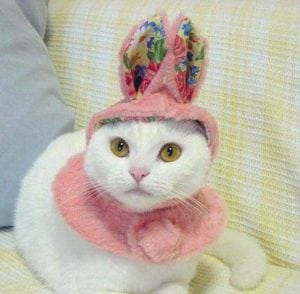 We know all that is true so it may also stand to reasons that if people are kinder to animals, they will be kinder to one another. There’s no study I can cite to prove this assertion  – but knowing what we know about companion animals, it stands to reason. And here’s some of what we know:

About 60 percent of the U.S. population has at least one pet. Despite the cost and time commitment – people choose to have pets – no one forces us.

A part of the explanation for this choice is that pets truly do provide some power to make us feel good, both physically and mentally.  We’re still learning about the many benefits companion animals provide to our physical and mental well-being.

We know that children who grow with animals benefit in lots of ways – so many, I don’t have space to list them all here. One example, is that kids who grow up with pets are more empathetic. 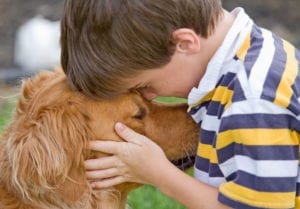 We do know that pet friendliness also helps to build community. 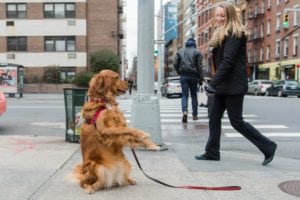 Walking dogs is a way to spread a little joy, and not just for the dogs. Most people (unless they’ve had a prior bad dog experience or have an unfounded fear of a particular breed) smile as they pass by a dog. Every time a person smiles, endorphins do a little happy dance in ours heads.

For example, our older dog is 13. If an average of about five people per day have smiled as they’ve walked by her, that’s at least 24,000 smiles (and I am sure the number is far more). That’s a lot of joy.

Walking dogs also enhances public safety in several ways. The dogs themselves (especially larger dogs) may be a deterrent to crime, and with more dogs around more people are out and about which is also a crime deterrent.

People walking with their dogs see what’s happening in the community. Everyone with a dog is a kind of Gladys Kravitz— checking out everyone else’s business. Law enforcement are well aware and appreciative of people who are out walking their dogs. 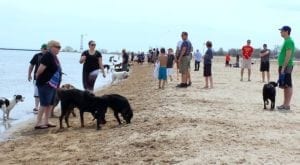 Dogs are also social lubricants, which is a fancy way of saying that they encourage people to stop and talk with each other when they otherwise might not. Researcher Rebecca Johnson (who has studied dog walking) called dogs an extension of our back porch. Dogs help neighbors to get to know each other in an era when many don’t know who their neighbors are

In Chicago, Mayor Rahm Emanuel often talks about the importance of quality of life. However, not only doesn’t he appear to understand any of the above, he actually has acted more than once to make life more difficult and restrictive for dog owners. Chicago is a less dog-friendly city than it was when he became Mayor. He no doubt would laugh about this statement – I suspect he thinks it’s absolutely unimportant. 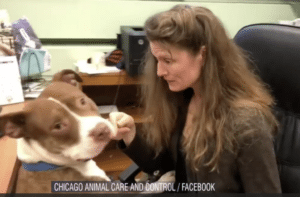 With no help from the Mayor, the City’s municipal shelter still managed to exceed a live release rate of over 90 percent (that’s so-called “no kill” territory) , and his response was to saving lives was to fire the Chicago Animal Care and Control (CACC) Executive Director, Susan Russell, who was responsible for the turnaround. The real elevator explanation for her dismissal is that she wasn’t allowing the Mayor’s office to micromanage Chicago Animal Care and Control – as all the Mayo’s office was worried about was potential political liability in part based on false accusations perpetuated in the media by Alderman Ray Lopez. Animal lives saved clearly unimportant to the Mayor, and even the money saved by fewer euthanasia’s. One example: Russell talked about pit bull looking dogs, attempting to put a positive spin on them – there are so many always at CACC – and she called them Chicago dogs. Mayor Emanuel took great exception to that association, and told Russell to stop saying that. 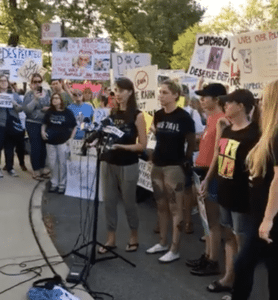 If you have any doubts, the Chicago Mayor never once personally met with Russell. And he hasn’t, to date, once visited CACC.

Yes, Chicago problems run deep and are complex, and saving animals won’t in of itself save the city. But saving animals is more than merely the humane right thing to do. That’s a point which I don’t want to let slip by, clearly the current administration is not at all impressed with increasing live releases and saving lives. 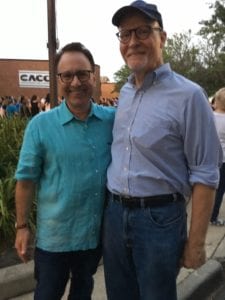 with Paul Vallas, who was pretty much incognito at the CACC protest

And all those cats and dogs living in homes provide real companionship and value to more than half the voter base in Chicago. There’s also a demonstrable value to having (well socialized) pets in a community – which Mayor Emanuel doesn’t at all care about and/or comprehend.

I found a candidate for Mayor who personally gets it. Independent of any of this, Paul Vallas told me how his dog has provided solace and unconditional love  – and has been a sort of four-legged therapist when his wife has needed it most, after the death of their son. Vallas was nearly in tears as he explained.

Following Russell’s firing, Vallas attended the protest rally at animal control, but he didn’t want to speak – as he didn’t want the appearance of politicizing the event. He told me that when he is elected Mayor he will lean on an expert advisory group on animal issues. What’s most important is that he understands all of the above, and why animal welfare does matter – and respects the value of companion animals in the community. And his says he will do what it takes to save more animals who land at CACC, and provide more resources so some never wind up there in the first place, and all while enhancing Chicago’s dog friendliness.

Vallas understands the value of the human-animal bond, and the real capital pets deliver to a community.