Animals Treated Better: Harvey vs. Katrina, But Many Are Lost 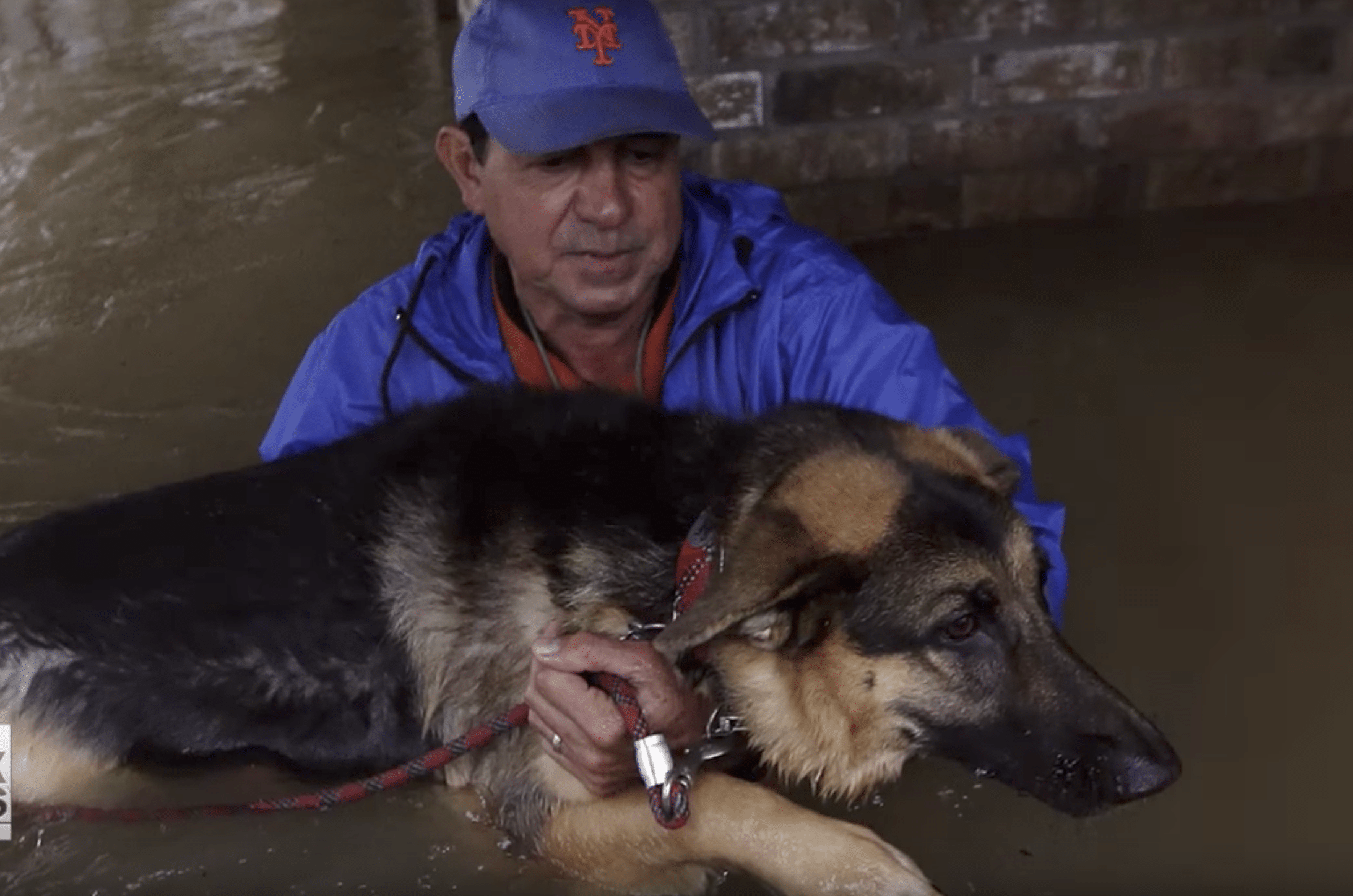 Because of the Hurricane Katrina response of rescuers often refusing to take pets, and watching people die as a result, culture and laws have changed. During the Harvey rescue, pets and their shelter mattered, and as a result lives were likely saved–both human and animal.

Post Katrina, by law, FEMA rescuers are now supposed to take pets if they can. 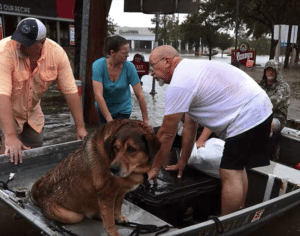 But that’s the tricky part: “if they can.” For example, there were instances of some people in one household rescued, and only later others were saved. The rescuers just couldn’t always take everyone.

Also, over half the rescuers were volunteers, and they are under no legal obligation to take pets. However, most understood the moral obligation.

All you needed to do to understand the overwhelming response was watch TV. The rescue boats and helicopters were filled with people and their pets. And, watch some random YouTube videos, and you can tell what a comfort having a pet is when all else is lost.

However, rescuing is only a part of the story. If pets are rescued but shelters don’t allow them, what do people do? During Katrina, some people actually had to let pets go or they were forced to wait out the storms outdoors with their animals, which was heartless. 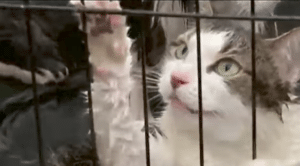 At first, the largest shelter in Houston, the George R. Brown Convention Center, turned away pets. There was no animal rescue organization there to accept the pets, they would need to be let loose if people wanted inside and out of the hurricane. Instead people hunkered down in the pouring rain, some holding pets to their chests, other pets were in carriers. Very quickly, officials created an expansive pet section inside the Convention Center. In fact, later on volunteers arrived with leashes, crates, food and treats, and volunteer veterinarians provided any medical care.

Laws alone didn’t force these changes, culture did – and also common sense. Clearly, people aren’t going to evacuate without all family members. And pets are family.

Still there are countless animals that were left to ride out the storm – when families didn’t make it back to save them or evacuated, for whatever the reason, without them. Some indoor/outdoor cats may have been outside when the storm hit. Any who survived and made it back home, but without a home to go into. Texas is also horse country, they are many wandering horses. 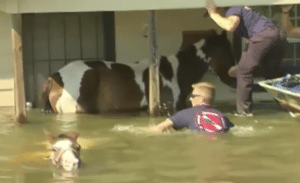 National and local animal welfare organizations are going home to home to try to find pets. Also, some people who have lost everything are so over-whelmed, their lives turned so upside down, that having a pet is something they can no longer do. 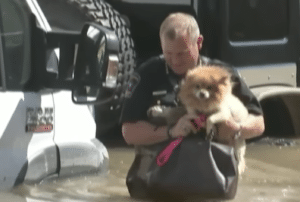 In order to accommodate an influx of animals, the shelters in the hurricane zone, are now beginning to send animals they already have had at their facilities north to shelters and rescues from Oregon to Illinois to New York are taking them. If you’re thinking of adopting or fostering, now would be a really good time! And indeed those taking on an influx of animals will require financial assistance to care for them.

I can’t possibly list all the shelters and rescues in the U.S. helping out, but here are some in the Chicago area (where I live):

*Anti Cruelty Society: in anticipation of receiving over 100 cats from the Houston area they are waiving adoption fees on cats (510 N. LaSalle St.) this Saturday and Sunday, September 2nd and 3rd. Th usual adoption screening process will remain in place. Visit anticruelty.org

Strictly personal: I wish I could go to the region to help as well, and I would have – if I didn’t many months ago previously commit to a speaking engagement out of the country, which is where I am headed. Understand, though, many groups are down there. I know I am not really needed. Animals will be rescued. Financial resources for the shelters and rescues is what is really required now, not so much hands on help. Do be careful who you donate to. The five groups noted above from the Chicago area are legit, but not all “rescues” are. Please give to organizations that you know, or others you trust know.