Anxiety May Be Genetic in Dogs: Based on Breed and Family 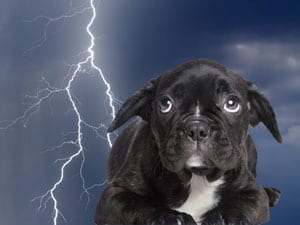 Because your dog is anxious so does not mean you’ve done anything wrong. And now there’s mounting demonstrable evidence. 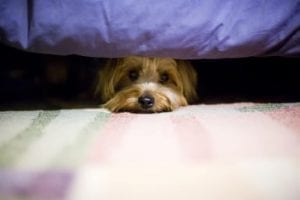 Once data was received, to make reliable comparisons, the researchers limited themselves to the 14 breeds with 200 or more surveyed dogs

The majority of dogs, 72.5 percent of all dogs showed at least one anxiety-related behavior, as published in the journal Scientific Reports.

The older the dog, the more sensitive  to noise—especially thunder. This proves that dogs don’t on their own have an epiphany at some point and suddenly discover the sounds of thunder or fireworks aren’t going to hurt them. Generally, as this study demonstrates, unless people intervene to help, anxiety worsens over time. At least that is until the dogs get so old that their hearing begins to diminish. 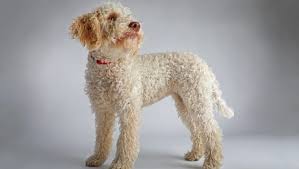 The researchers also found that certain anxiety in dogs clustered in specific breeds. For example, noise sensitivity was most pronounced in Lagotto Romagnolos (working midsized dog from Italy, known as the “truffle dog,” with a curly coat), wheaten terriers, and mixed breed dogs.

Over-represented among dogs called aggressive because of fear and anxiety, were Miniature Schnauzers, which was rarely seen in Labrador Retrievers. Taken together, Lohi says, the results suggest a genetic component to these anxieties—just as there is in humans.

Can Fear and Anxiety Be Genetic, Based on Breed and Family? 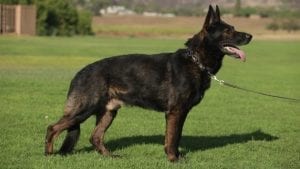 Previous research backs up a connection between genetics and behavior, including anxiety in dogs. For instance, a stretch of DNA in German Shepherds codes for the oxytocin receptor gene OXTR. A 2019 study found that gene is associated with sociability—but the same stretch of DNA is also associated with higher noise sensitivity. This same genetic link is likely found in many other breeds, the researchers of that study note.

Researchers suggests that by selecting for more social dogs, humans may have unintentionally selected for dogs more sensitive to noise. 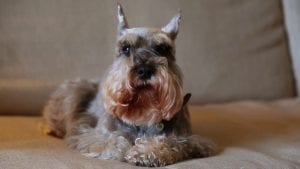 Epigenetics is the study of changes in the expression of genes affected by often unexpected external factors. In humans, epigenetic changes can help account for vulnerability to certain forms of mental illness, including conditions such as depression and post-traumatic-stress-disorder syndrome. Another possibility that has received attention in recent years is the question of whether epigenetic changes resulting from traumatic experiences can be passed from one generation to the next, sometimes called intergenerational transmission of trauma. The molecular evidence for such transmission is limited at present, though further research is required.

So, does this mean that if a tree falls in front of you that your offspring may be afraid of trees? Not so likely. But amazingly it may be that those offspring will startle more easily if the tree fall has caused you to startle more easily. So, in a sense, PTSD, for example may be genetic – or at least a predisposition.

The self-reporting nature of this study has it’s flaws. For one thing, how dog owners describe their own dogs’ anxiety is greatly subjective. It’s also even possible that people may mis-identify their own breed.