Are Cicadas The Right Snack For Your Pet? 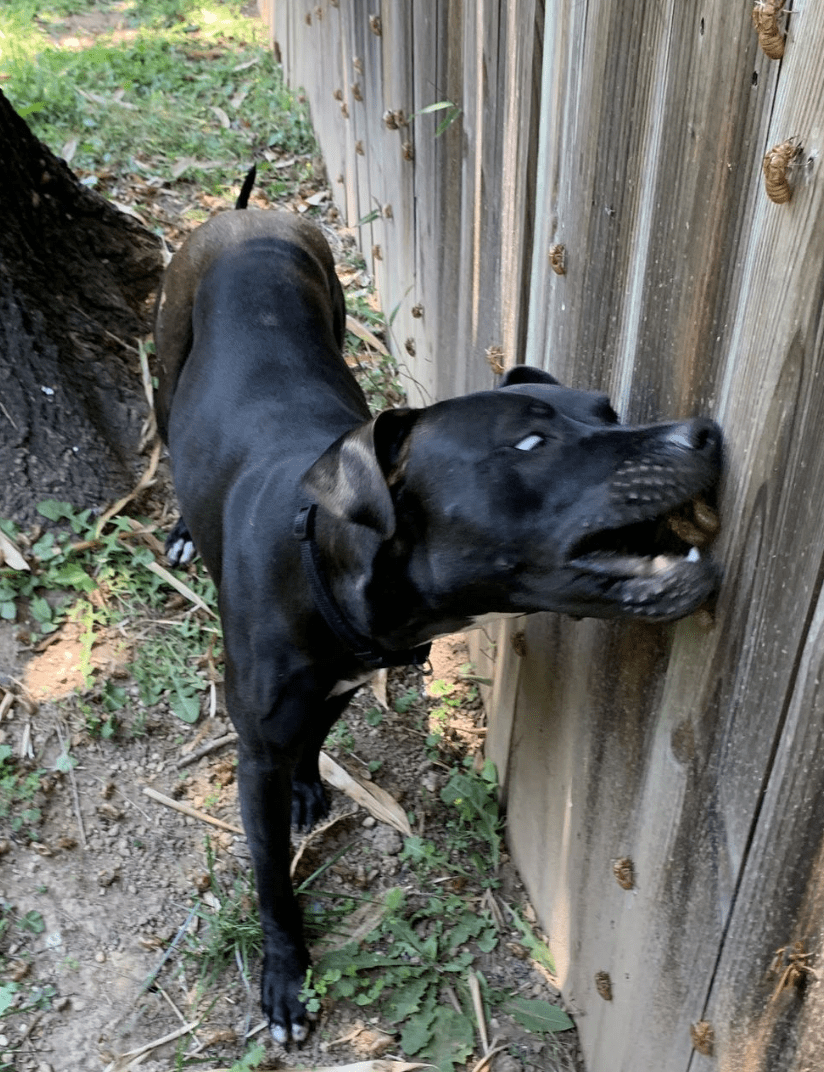 For some, it’s a horror movie come to life, red-eyed monsters invading the U.S., most especially a group of cicadas known as Brood X or the 17-year cicadas. They are appearing or should very soon in the District of Columbia and at least parts of these 15 states: Delaware, Georgia, Illinois, Indiana, Kentucky, Maryland, Michigan, New Jersey, New York, North Carolina, Ohio, Pennsylvania, Tennessee, Virginia and West Virginia. 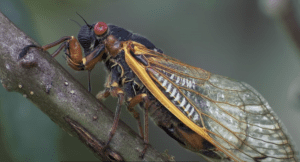 When cicadas emerge from underground, they appear white (wouldn’t you if you spent 17 years underground). Once they shed out of their old skin and develop an exoskeleton, their yellow and black color will appear and those big red eyes.

As for the loud noises they make, males are the only ones who can create their part in the loudest of insect symphonies. They do so when they’re calling for  females to mate, which is their sole purpose if they don’t get eaten. Crunchy, filled with protein and with no defenses they are a mark for all sorts of predators, most notably birds of all kinds and rodents. Dogs often love to snack on the insects.

Generally speaking, there’s no harm for dogs to enjoy a few of the apparently tasty 6-legged treats, however, some dogs consider the explosion of cicadas a buffet. This can cause GI upset or even potentially a blockage. Cats can also get sick from feasting on too many cicadas, however they generally have sense enough to know when they’ve had their fill. Apparently, for some dogs, cicadas are like potato chips – they can’t get enough of them. If that’s your dog, put your pup on a leash and direct your dog to face you – even if you must entice your dog with a treat, like a cookie made for dogs which won’t upset your dog’s tummy. This isn’t forever as the cicada explosion will last days to maybe weeks at the most.

As a side note, according to the U.S. Food and Drug Administration warns that humans allergic to seafood shouldn’t eat cicadas (which some say taste like asparagus). 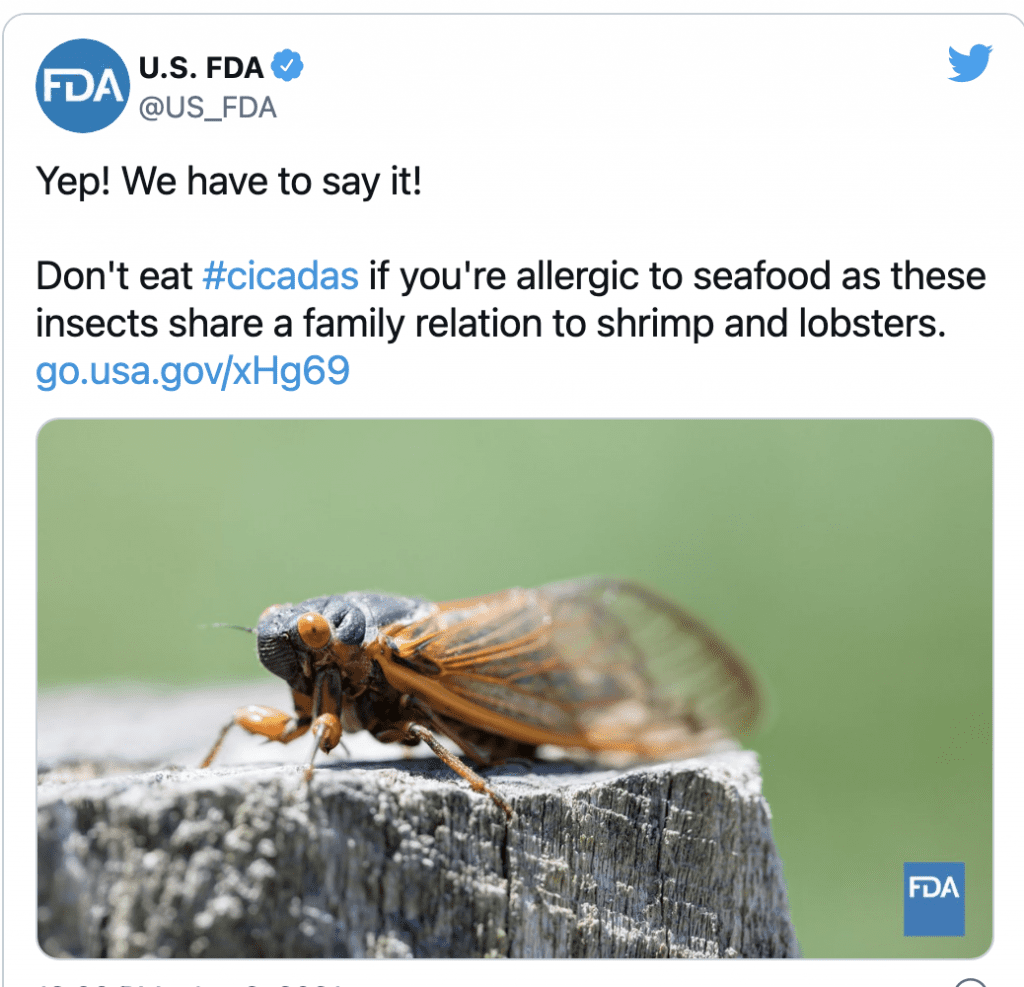