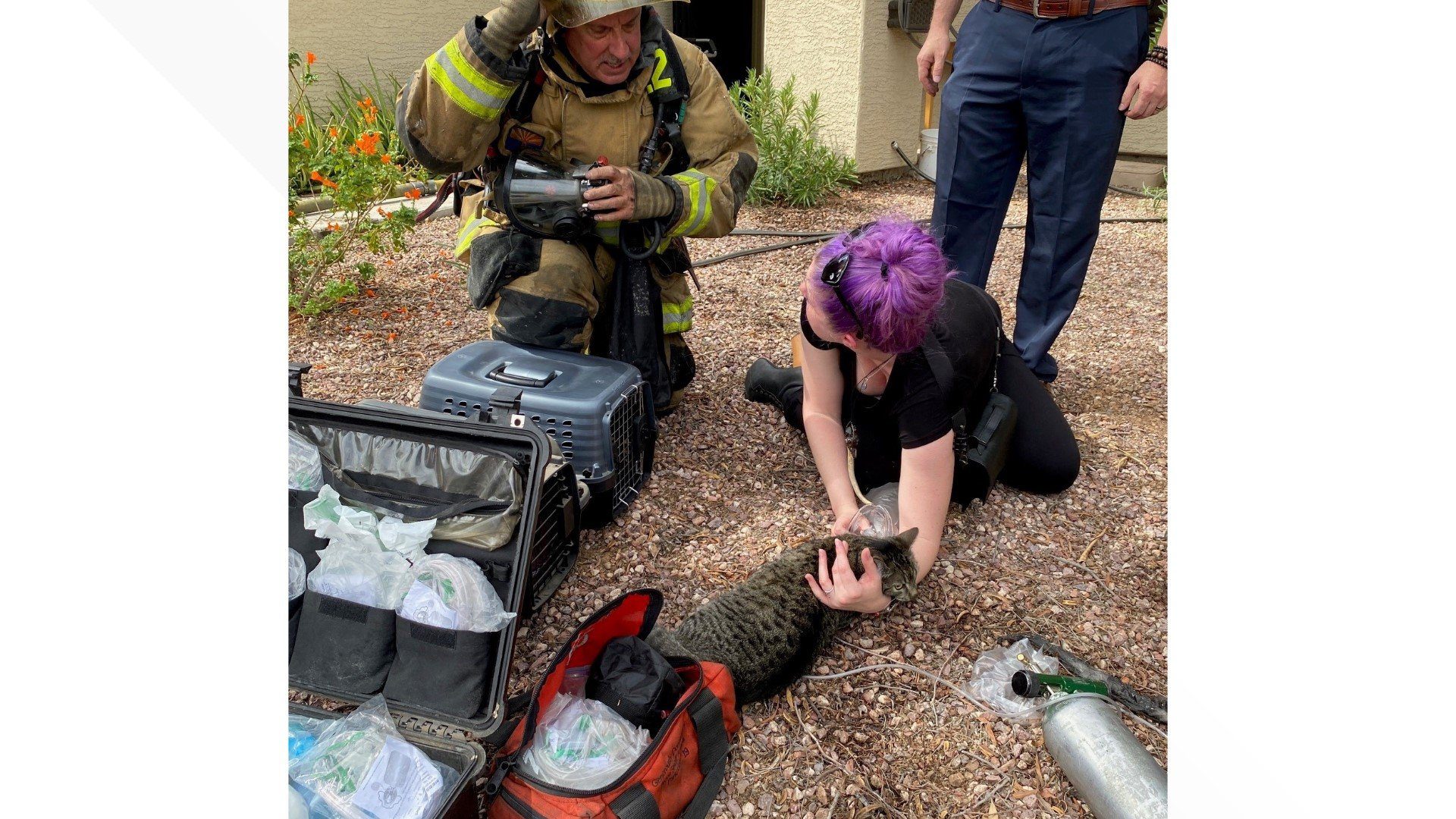 First responders are heroes for so many reasons. On September 20 firefighters responded to a house fire in Phoenix, AZ and rescued two humans and also discovered two frightened cats who were trapped in a 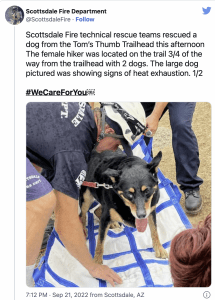 bedroom closet.  Rescuing frightened cats can be more challenging than fighting a fire. The cats appeared to be okay but were given oxygen immediately after being rescued as a precaution.

In nearby Scottsdale, AZ on September 21,  Scottsdale firefighters responded to a call from a hiker on Tom’s Thumb trailhead regarding a dog suffering from apparent heatstroke and exhaustion.

Indeed, the 125-lb. German Shepherd, named Diego, required medical care and was cooled off gradually by responding paramedics. Crews carried the dog down a part of the trail and then used an UTV to evacuate him to safety. After five bottles of water, rehydrated, Diego is doing well.

In both these cases, saving animals was a priority – and that priority may have saved lives.