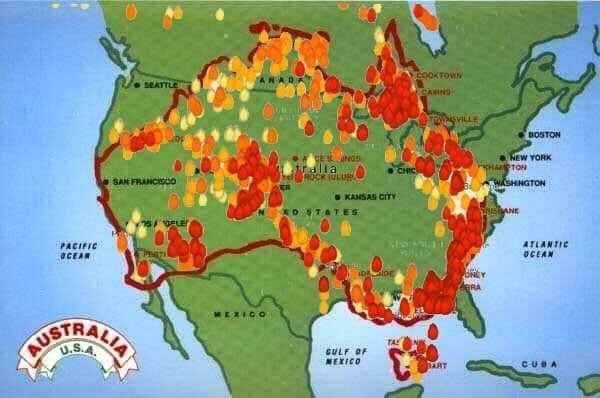 A better sense of the enormity of the fires

The Australia wildfires, covering nearly 12.5 million acres is one of the worst disasters ever, killing (so far) at somewhere around 100 humans (dozens remain missing), thousands of structures (homes and businesses) destroyed; and estimates are at least one billion (that’s not a typo) wild animals (many endangered) have died. In addition to unparalleled habitat destruction in Australia. The air quality in Australia, New Zealand and nearby islands will impact humans and wild animals in ways not completely predictable. What’s more, the weather on the planet will be impacted. Some species may be gone forever, not only because enough were decimated by the fires, but there’s now no habitat for them.

The overall impact of the disaster in Australia is far greater even compared to the devastating California fires of this past year and also 2018 combined.  At that time the Australian government quickly  sent assistance to California.

t took until yesterday (January 6) before President Trump reportedly spoke with Australian Prime Minister Scott Morrison,  and “expressed deep concern for those affected and condolences for the firefighters and others who lost their lives.” He reportedly made no mention of the wildlife loss and habitat destruction. President Trump also promised aid (his press office didn’t offer specifics). Arguably, this is a little too late. Although, volunteer fire fighters have arrived in Australia from the U.S., they weren’t sent by the government but volunteered.

However, according to Australian residents and media reports, their own government very much has acted with lethargy, considering the scope of the emergency and allowed that very scope of what was happening to expand beyond control to epic proportions. 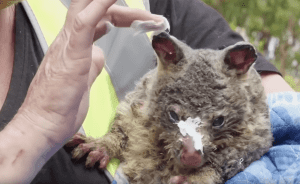 So, even on the other side of the world – there’s political drama, having to do with water rights, as allegedly some public officials are making tons of money of valued water reservoirs. Meanwhile, Sydney, and much of the nation may have a water shortage when this is all over. Prime Minister Morrison, a proponent of coal burning power plants, has been criticized for his response to the fires and is apparent “uncaring” attitude regarding the environment. Morrison was been under intense political pressure after it was revealed he was holidaying in Hawaii shortly before Christmas, all while the country grappled with the fire emergency.

While at least fires were allegedly set by a human, most are naturally occurred and either way spread so quickly due to drought combined with record heat. But that is only a part of the story. The story really begins in the ocean. Plummeting phytoplankton levels resulting from warming water and dying coral in the Great Barrier Reef may directly be related to less rainfall in Australia. 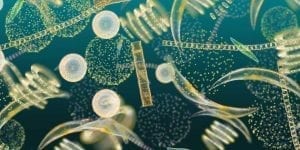 Phytoplankton are microscopic organisms that reside near the ocean’s surface, where they soak up the sunshine. Mostly single-celled creatures, the phytoplankton play a significant role in Earth’s climate by taking carbon dioxide out of the atmosphere through photosynthesis, and ultimately creating rain clouds.

According to a Massachusetts Institute of Technology study, the color of our very planet is changing as blue regions, such as the subtropics, will turn shades darker, reflecting even less phytoplankton — and life in general — in those waters. Some regions that are greener now, such as near the poles, may turn a deeper hue, as warmer temperatures brew up more diverse phytoplankton.

Prime Minister Morrison repeatedly says and I just did as well, this is a natural disaster – but that’s not exactly right. Humans have played a huge role in allowing this to happen, as well as the increased hurricanes and cyclones with more forceful winds, increased droughts  – for starters.

In every way, make no mistake about it – this is one of the great tragedies of our lifetimes, and for our planet. The impact of the combined fires in the Amazon from 2019, and these fires will no doubt be felt for many years on the planet – though scientists aren’t certain of exactly what that impact will be. 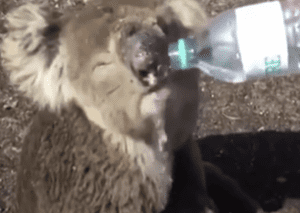 And how anyone can’t believe that climate change is real,  I find astounding and frankly unacceptable in any public official – from America to Australia. We need to act – planet-wide, not only in the U.S., before t’s too late.