Here’s what human medicine and veterinary medicine agree on, because it’s fact:

Tick numbers are not only on the rise, but tick species’ territories are expanding. And where there are more ticks, there’s more tick disease in dogs and in people.

And no one talks about this stuff – now we are. Conservatively 300,000 new cases of Lyme are found in people in the U.S. annually, and also one in 16 dogs is positive for Lyme exposure alone. And none of this includes ehrlichiosis, anaplasmosis, Rocky Mountain spotted fever and other tick disease. In fact, experts suggest there are tick diseases which may be making people and dogs ill which have yet to be described.

Stop Lyme’s focus is education, and so far, as a part of that campaign veterinarian Dr. Natalie Marks from Chicago, and Dr. Patricia DeLaMora, an infectious disease specialist and pediatrician from New York City have partnered in a couple of satellite media tours. And that plan is for me to also be out there talking about why I’ve launched this real life One Health Campaign.

Dr. Ron DeHaven, AVMA CEO says, “More today than ever, we live in the same environment as our pets, and this can be especially true for our children. If Lyme disease is diagnosed in a person, it’s very possible that the family dog has also been exposed, and visa versa.” 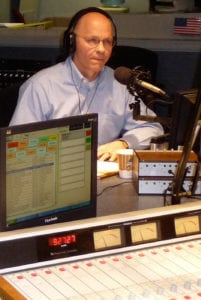 DeHaven continues, “By focusing on disease in animals, we can impact human health as well. This is the basic concept of One Health – that the health of people, animals and the environment are inextricably linked. This is also consistent with our mission statement at AVMA: The mission of the Association is to lead the profession by advocating for it’s members and advancing the science and practice of veterinary medicine to improve human and animal health. 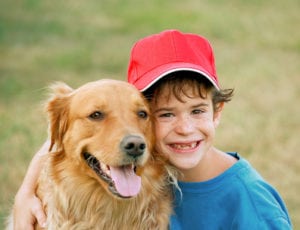 “It’s vital we work alongside physicians to enhance the understanding of diseases affecting human and animal patients,” he adds.

Listen to AVMA CEO Dr. Ron DeHaven and I discuss the launch of StopLyme and the importance of the veterinarian’s role in One Health and the need for greater awareness of diseases spread by ticks. Here, you can read why the campaign began.

In addition to the StopLyme materials, the U.S. Centers for Disease Control and Prevention (CDC) have tables, maps and graphs of reported human cases of Lyme disease. Veterinarians can also use AVMA’s Lyme Disease: A Pet Owner’s Guide for discussion and sharing with their clients.

It is my sincere hope is that the education and information campaign really does prevent just one case (and hopefully more) of tick disease in people and in dogs. The campaign will continue through the fall (when Lyme is even more of a problem for dogs).