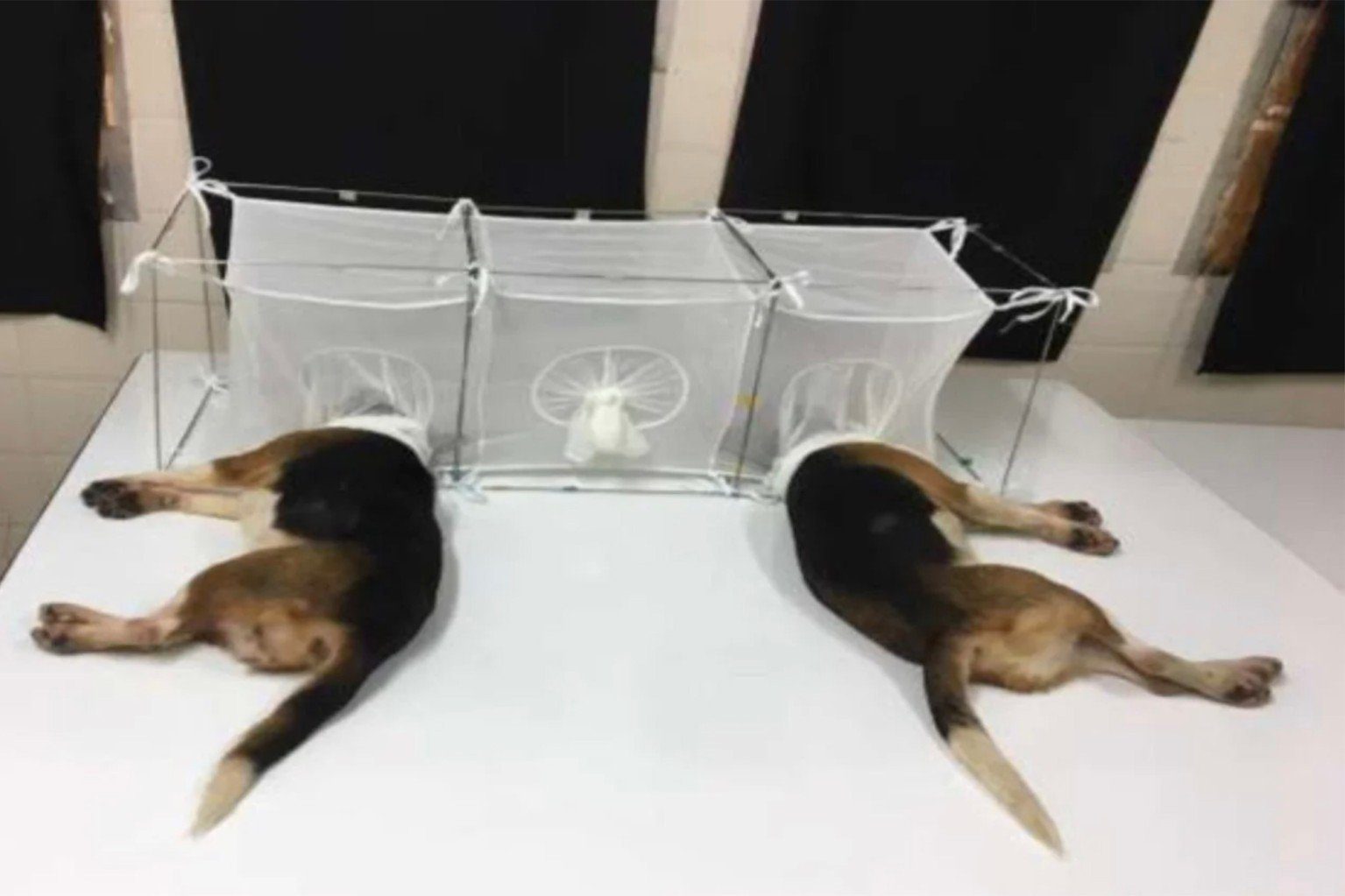 I’ve been asked my many to write about the Beagles allegedly used inhumanely and ultimately euthanized all funded by and overseen by the National Institute of Allergy and Infectious Disease. I waited hoping more truth would be revealed. Though I believe that will happen, so far it has not. And it’s all complicated by politics. Here’s what we know or think we know:

It’s unclear what Dr. Anthony Fauci’s involvement in National Institute of Allergy and Infectious Diseases (NIAID) was regarding reportedly experiments on Beagles with a spend of nearly a half a million dollars of taxpayer dollars, and most importantly reported inhumane treatment of animals exposing them to disease carrying parasites and biting flies.

A bipartisan letter led by Rep. Nancy Mace (R-SC) demands answers from Dr. Fauci, the director of the National Institute of Allergy and Infectious Diseases and President Biden’s chief medical adviser. At some point, Dr. Fauci will likely need to answer to Congress, but thus far no timetable.

House members, most of whom are Republicans, want Dr. Fauci to explain himself in response to allegations brought on by the White Coat Waste Project that involve these studies.

White Coat Waste claims that 44 Beagle puppies were used in a Tunisia, North Africa, laboratory, and most of the dogs allegedly had their vocal cords removed so scientists could work without incessant barking. Debarking is not supported by the American Veterinary Medical Association and similarly horrifies most animal welfare organizations.

The institute also reportedly paid the University of Georgia last September to infect a total of 28 beagles, according to documents obtained by White Coat Waste Project (WCW) through FOIA. As part of the research, these dogs were given an experimental treatment and then introduced to biting flies that carry a parasite known to be harmful to humans and animals called leishmaniasis. The White Coat Waste Project report claimed that the researchers locked the dogs in cages with hungry sandflies so that the insects could eat them at will with nowhere for the Beagles to escape.

The Beagles were reportedly forced to develop infections for three months before they were then euthanized so their blood could be collected.

A spokesman for the University of Georgia told Newsweek the research was for a vaccine, which had been developed at another institution, that would protect against an unnamed disease.

In defense of Dr. Fauci and the NIAID is that the organization may be following longstanding Federal guidelines, Are these Guidelines appropriate? Perhaps not.  However, according to these current Federal Guidelines vaccines and also certain medications (for people or animals) must be tested on in animals as a part of the approval process for clinical trials.

It’s not always clear how these Guidelines deviate from IACUC (Institutional Animal Care and Use Committee) or ethical Guidelines which universities and laboratories in the U.S. must adhere to. Was this the reason Tunisia was chosen as a workaround, so U.S. standards don’t need to be adhered to?

What also complicates the story are the hot political views by some regarding anything which Dr. Fauci is involved. At this juncture, it’s unclear what really happened regarding the Beagles. Perhaps, due to Dr. Fauci’s high profile, when the truth comes out – no matter what that truth is – it will all lead to mandated improved ethical guidelines for studies conducted on dogs/cats if funded by the U.S., even if the study carried out overseas.

My intent and hope is to get at the truth by personally asking Dr. Fauci about these “experiments.” And allegations. I did speak HERE with Dr. Fauci in January, 2021 about what was then relevant regarding SARS CoV-2 and vaccines for COVID-19. I didn’t ask him about the Beagles because at that time the story hadn’t come out. However, I am working to speak with Dr. Fauci again and if I have that opportunity, the Beagles will be my first subject matter.