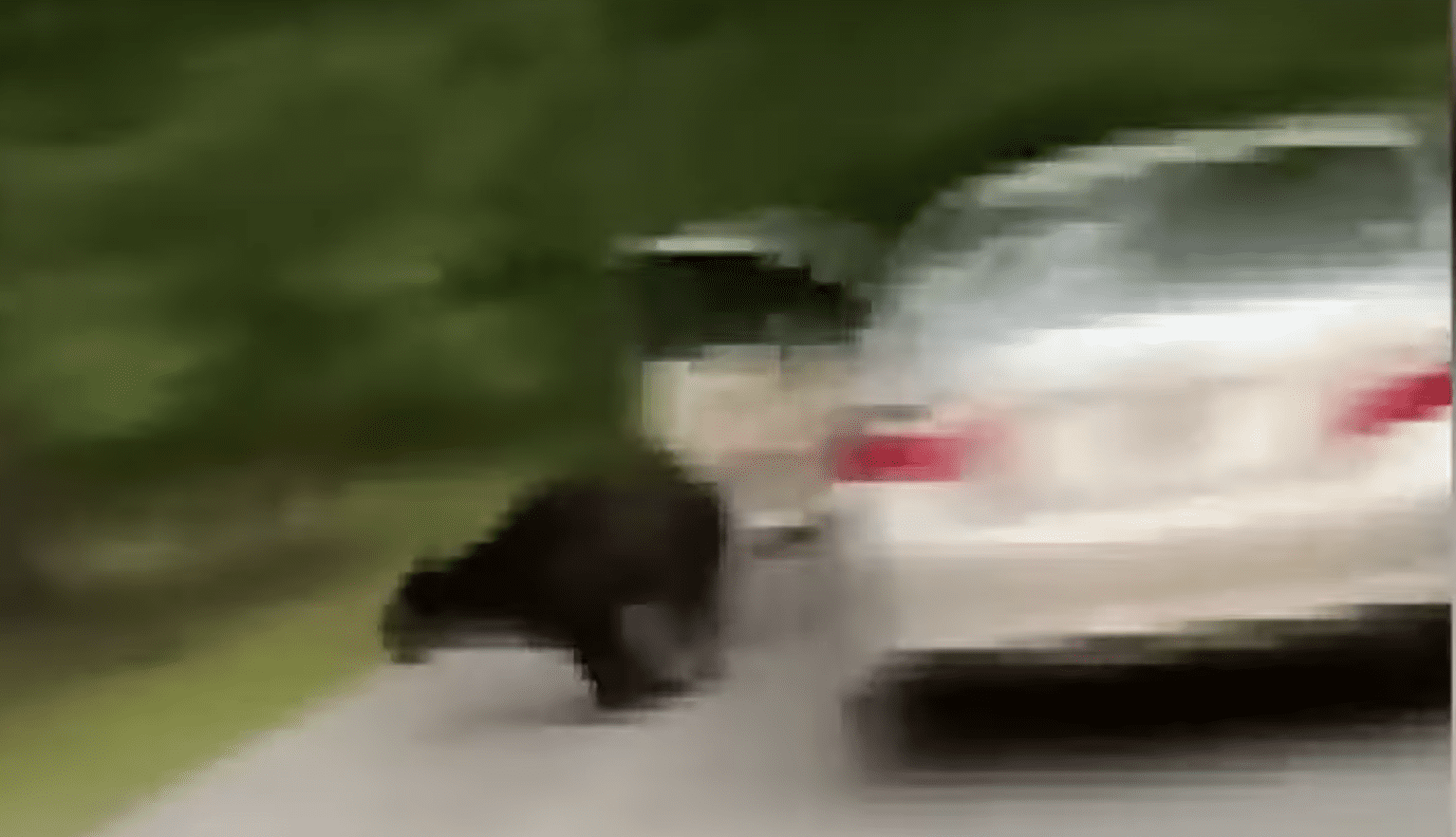 If you live out in the country, no doubt, you may not think about locking the car door. Who would if it’s barely important because it’s a safe place, and carjacking or theft is unheard of? Lesson learned for Mary Jane Yarbrough, an art teacher in Georgia visiting Gatlinburg, TN to take a class for a project she is planning for her students next year.

“It was 6 in the morning and I just keep hearing honking happening,” Yarbrough told WMAZ-TV. “I open the door. My dog is going crazy and I see that it’s my car that is honking and shaking and I was like ‘Oh my gosh, someone is in there. Someone is stuck in my car.”

Well it wasn’t exactly someone – it was a black bear….and angry and frustrated black bear.

The bear trashed the car

Bears have been known to open doors, and that’s what this bear did. It’s unclear why the bear decided to go inside the car, as he protein bar left inside the bar which wasn’t touched. Perhaps, it was too healthy a treat. No matter, the problem occurred when the door closed behind the intruding bear and the bear couldn’t get out. The bear then proceeded to trash the car.  “He ripped the dash, my airbag, the radio is out, he went through my glove box,” Yarbrough said.

Yarbrough called police when she discovered the occupant of her car was actually a black bear. Officers were able to help the bear get out of the vehicle, but not before it caused all that damage. (No word on whether her car insurance covers angry black bears).

The Tennessee Wildlife Resources Agency recommends the doors of parked vehicles are kept locked at all times in the Gatlinburg area.