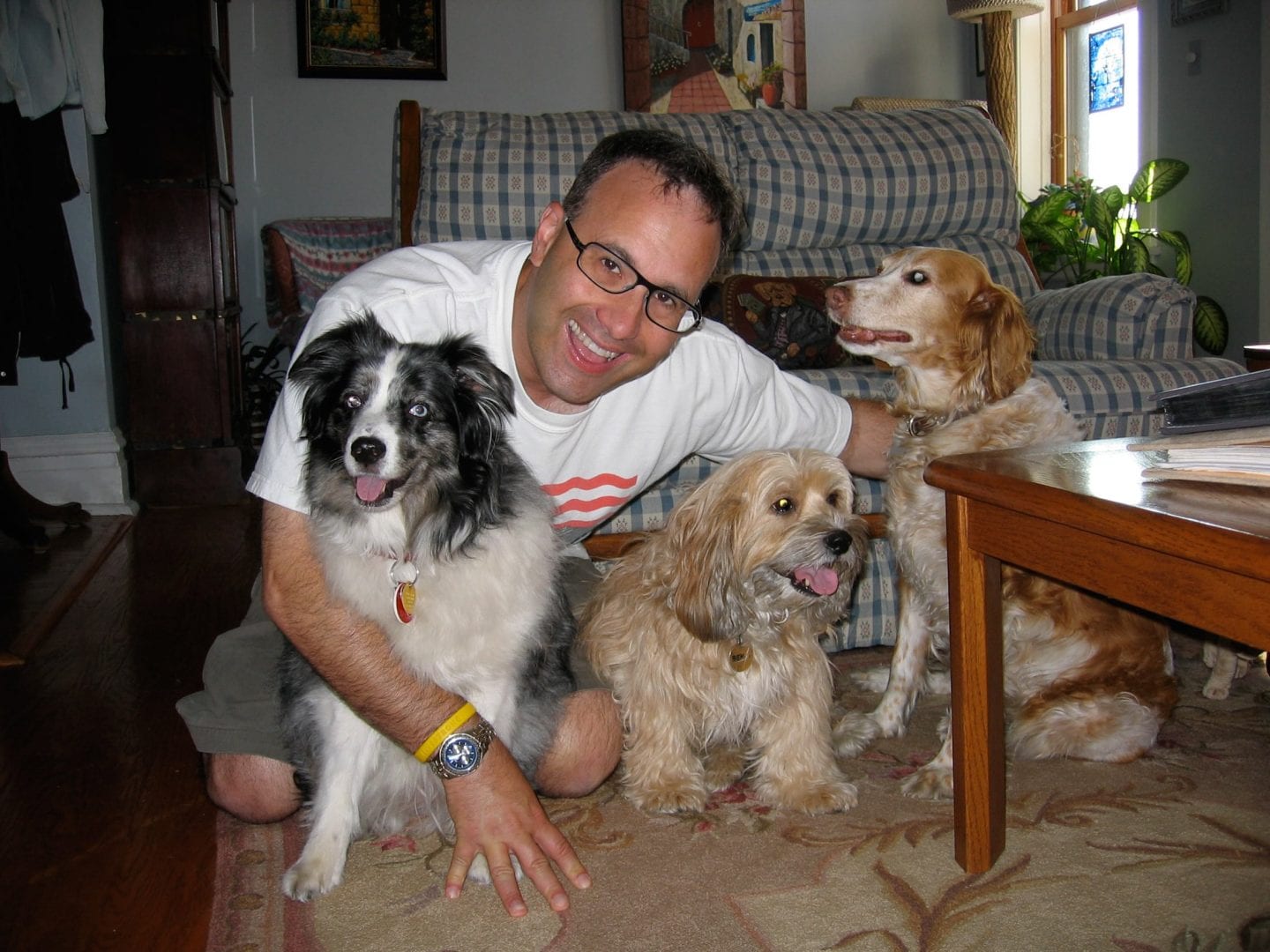 It wasn’t Tom Cruise or Brad Pitt… Our house guest was an even bigger name back in 2004.

It was just after 11 p.m. when I received a call from Joe Camp’s wife, Kathleen. She had explained that Joe and Benji had come to Chicago earlier that same day to consider surgery on Benji’s eye. The good news is that the movie star required no further treatment on his eye. The bad news was that Joe and Benji’s flight back to the west coast was turned back to Chicago late at night.

There wasn’t a single hotel room to be found, not even for a movie star.

We were asked, can Joe and Benji stay for the night?

Wow! I was thrilled. We never before had a movie star stay with us.

I assumed my wife Robin would run to her closet and pick out a suitable evening gown. I was thinking, “Should I wear my tuxedo?”

On this night, the Windy City was living up to its name, and it was raining. Still, I awaited Benji’s entourage and his stretch limo. Instead, there was Joe lugging luggage in one hand and a leash and plastic bag in the other. 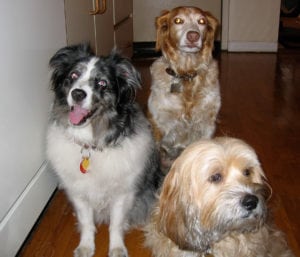 From back to front, Chaser, Lucy, and Benji

It wasn’t exactly a stretch limo. It was a city taxi.

The moment Benji jumped out of the car, the matinee idol squatted. Joe picked up the proceeds in a plastic bag, but the gale-force winds instantly blew it out of his hands, over Lake Shore Drive, and into Lincoln Park.

I thought, Wow whoever stumbles upon this famous feces might even sell it on Ebay if they only knew the dog it came from.

We all made our way into our home, where my wife had thrown a robe over her pajamas rather than putting on an evening gown.

I was disappointed. I mean, this is Benji!

Our 13-year-old dog Chaser’s attitude was most disappointing. She had to be coaxed out of the comfort of our bed to even say “hi” to Benji. She begrudgingly got off the bed, sniffed Benji, wagged her tail, hopped back into bed, and was back to sleep in less than 30 seconds.

Lucy, our second dog, did a few tricks from her repertoire, but even clever Lucy wasn’t smart enough to challenge Benji to a “trick off.” 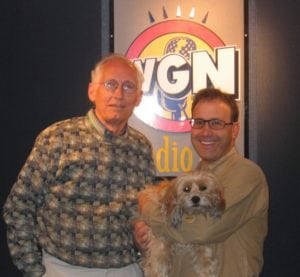 With Joe Camp and Benji on WGN Radio

Even exhausted after a day of travel, Benji did everything but wash and dry the dishes while performing in our kitchen.

Of course, Benji was the perfectly mannered house guest. After all, it’s Benji!

The next morning, all the dogs took a walk. As we returned to our building, our neighbor’s Tibetan Terrier, Boots Montgomery, was leaving with her owner, Joan. Benji and Boots Montgomery met briefly just outside the elevator. They had a brief but big disagreement. Boots began with “Grrrr. Ruff! Grrrr.” Benji responded in kind.

“You’re not very welcoming to Benji,” I told Boots. She and Joan went on their way.

Later, after Joe and Benji caught their flight, I phoned Joan. “Boots Montgomery argued with Benji,” I said.

I didn’t hear a response for the longest time; then I heard what people aren’t supposed to hear when the other person puts a hand over the phone to block the sound. But, of course, I heard every muffled word. Joan scolded, “Boots Montgomery, you were a bad girl today! That was Benji. Boots Montgomery, shame on you.”

Two days later, I received a lovely letter of apology via email from Boots Montgomery to forward to Benji. Of course, the apology was accepted.

An all-new Benji film is being released today on Netfllix.