Betty White Loved Animals and They Loved Her 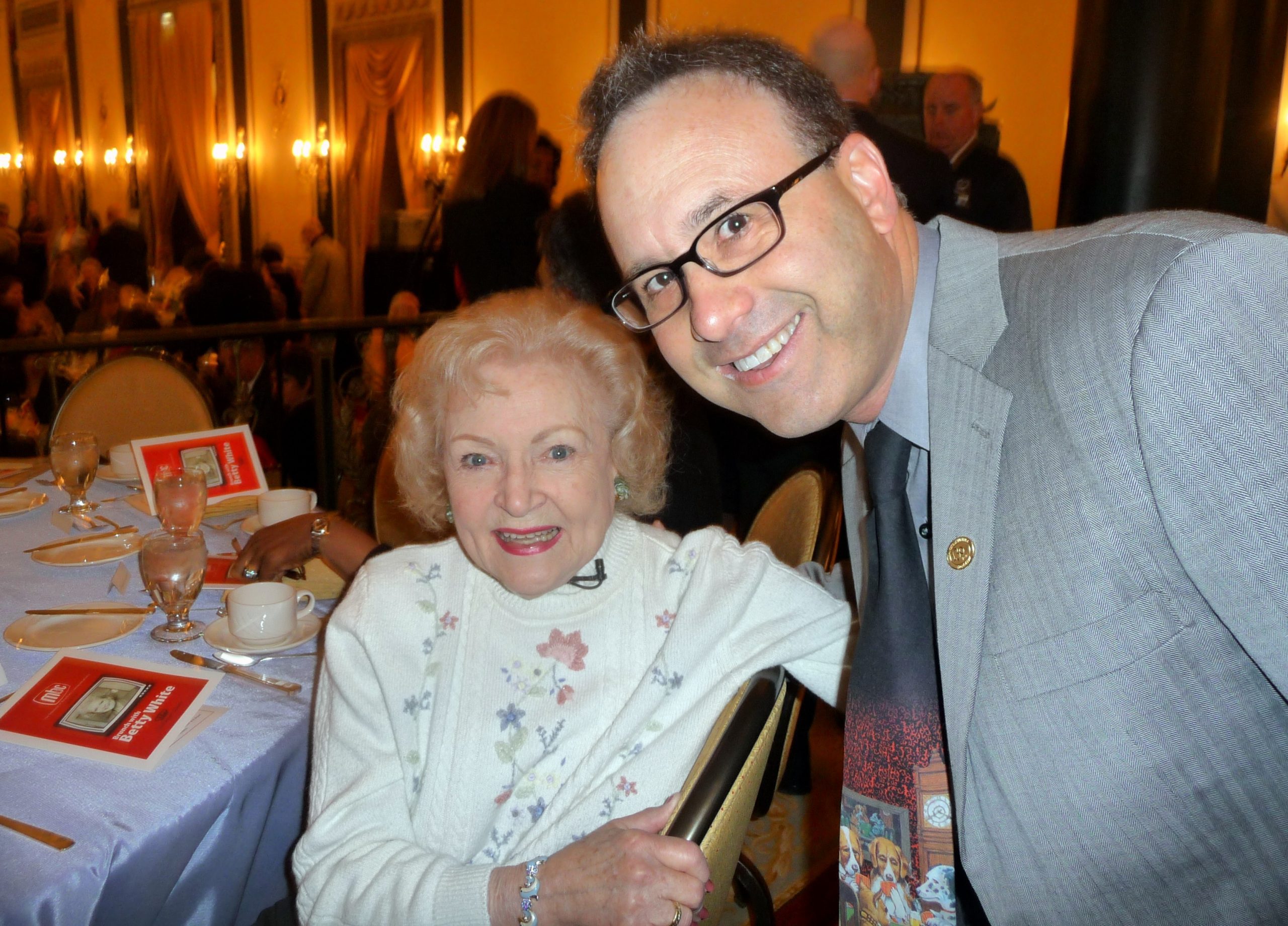 Click above for a conversation with myself and Betty White from WGN Radio. Betty White passed away December 31, 2021 just weeks short of birthday number 100.

Betty White would tell me that her acting working made it possible to do her animal work. For many years, she served on the Boards the Morris Animal Foundation and the Los Angeles Zoo. The secret to getting an interview with Betty, who over the years I spoke to about a dozen times – usually by phone and sometimes in person, was to promise to talk about the Morris Animal Foundation, a non-profit that funds animal health studies.  Also, she loved the fact that I served on the Board of Directors of the Winn Feline Foundation, a nonprofit which specifically funds cat health studies, now called the EveryCat Health Foundation. 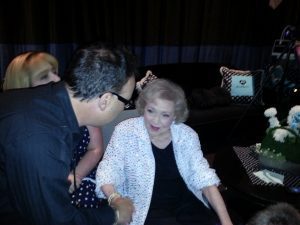 Betty was well aware of what the Winn Feline Foundation was. And well aware of details you might not expect. For example, the Morris Animal Foundation, years ago supported funding for the vaccine feline leukemia. Not only could she tell you what feline leukemia is, she could describe the vaccine and knew it was initially Winn Feline that described the retrovirus studies and based on those studies, Morris funded the creation of the vaccine.

Once on national TV Jay Leno on the Tonight Show asked her about her passion for animal rights, she quickly corrected him and said, “You mean animal welfare.”

Another woman named Betty White is a former member of the Winn Feline Foundation Board and famous in her own right in the cat world, and during one interview with the Betty White the world knows I introduced the two to one another via phone. Each Betty White said she received mail meant for the other Betty White.

However, it’s been several years since I’ve spoken to Betty. I was told phone interviews were out because she had difficulty hearing. I was aware of her recent declining health.

Still, even the last time we spoke, sharp as a tack and quick. I said to her, “No other TV career has been as celebrated or as durable. It’s not easy to maintain a career in show business for one decade let alone six. Is it a matter of talent—as the expression goes—the cream rises to the top? 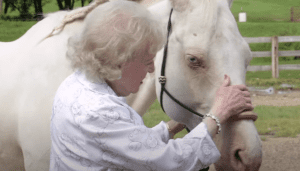 She shot back, “No, not true” without missing a beat. “The cream goes to the hips.”

In person, some said she had a dirty sense of humor and that is totally not true. What is true is that she enjoyed double entendre. 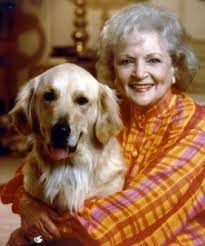 There was a magical connection between Betty and animals – something few people have. She told me she wanted to re-release her favorite TV show of all, Betty White’s Pet Set, a short-lived weekly show she created and hosted in 1971.

Absolutely, Betty did much to tickle the world’s funny bone as long as anyone has, but she has also contributed attention to animal welfare. Her passion for the animals which we share the planet, from dogs and cats to hares and bears was absolute. She told me if she gets to come back as any animal, it would be a moose.

My name has been linked to Betty’s several times, and each time it’s a thrill for me! In this story about 5 Reasons Betty White is so Awesome, I am a part of reason number one.

This a TV Guide crossword puzzle about Betty White’s world, and I am 59 across: 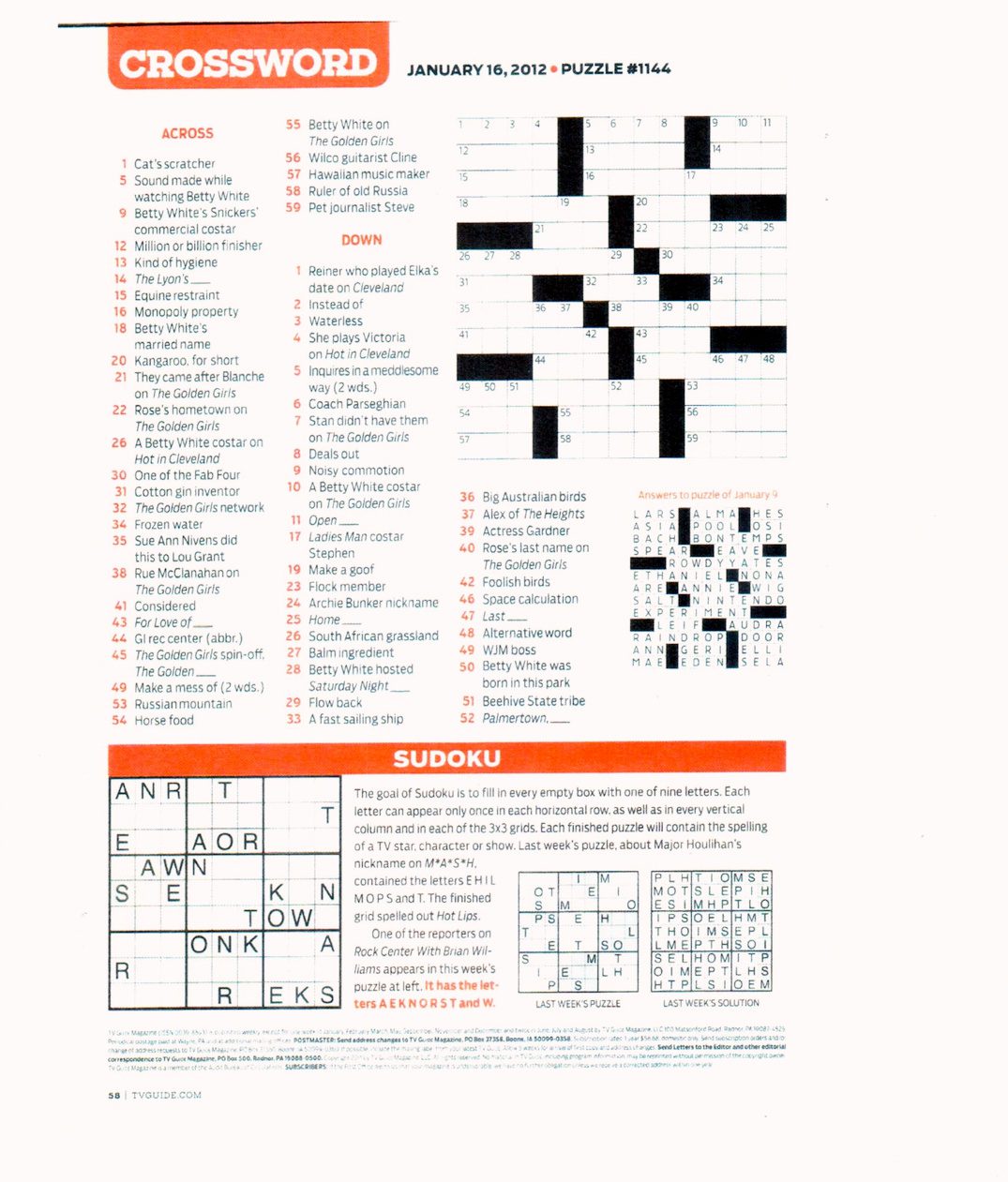 Print Interview from Steve with Betty White (one of many)

Betty White is the energizer bunny. “It’s so silly,” says the 91-year-old beloved actress by telephone. “I’m just an old broad who’s been around the block. People can’t get rid of me, it’s ridiculous.” 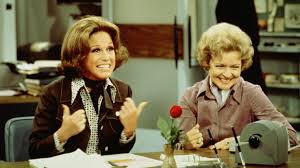 The thing is, who would ever want to “get rid” of White? Television producers continue to seek her out because America can’t get enough of her. For her 90th birthday, President Barack Obama read a “love letter” to the performer, who began her career in television 65 years ago.

No other TV career has been as celebrated or as durable. It’s not easy to maintain a career in show business for one decade let alone six. Is it a matter of talent—as the expression goes—the cream rises to the top?

“No, not true,” says White without missing a beat. “The cream goes to the hips.”

White has the sitcom midas touch, from Life with Elizabeth (in the 1950’s) to The Mary Tyler Moore Show to The Golden Girls. Today, she’s on TVland’s Hot in Cleveland, costarring Valerie Bertinelli, Jane Leeves, Wendy Mallick, and fellow Mary Tyler Moore Show alum Georgia Engle, who played Georgette on the beloved sitcom. 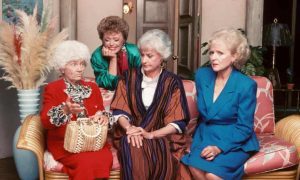 Still, among the myriad of TV appearances, one of White’s favorites was a short-lived series in 1971, which co-starred celebrities and their pets, called The Pet Set. Folks like Bob Crane (Hogan’s Heroes), Merv Griffin, and Doris Day showed up with their pets. White recalls that one show featured a water buffalo, not a celebrity pet exactly, but from the Los Angeles Zoo (where White has been involved for more than 50 years), and her association with the Morris Animal Foundation goes back about as many years.

Check in Google images, and you can find White posing cheerfully with everything from a chimpanzee to a giraffe. However, her favorite might be a surprise. Aside from a dog or cat, if she could “come back to earth” as any animal, she chooses a moose. “I know, everyone laughs, but I’m not joking,” she says. 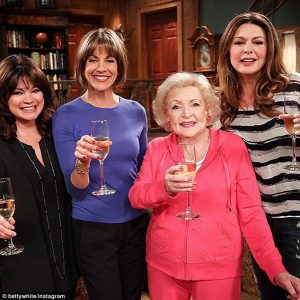 Moose are known for their nasty tempers, charging first and asking questions later, which doesn’t sound like the amiable Betty White America loves. “Well, you haven’t caught me on my bad days,” she says.

But these days, she wants to talk about cats most of all.

“It drives me crazy when I hear people say what they do about cats. Oh, that cats are so independent they don’t care or that they are conniving. I know instantly these people have never had a cat,” she says. “They see cats from a distance; they don’t really know cats.

“Cats can be so devoted. They think cats don’t love you like a dog loves you. That’s not true.” She pauses and adds, “My last cat was a beautiful Himalayan—he found me, just appearing one day. I thought I’d keep Mr. Bob (as in ‘Bob-Cat’) for a few days until I found the owners. Well, Mr. Bob wound up staying with me for 11 years. He was such a people-oriented guy. As my knees bent down to sit down, he was on my lap.” 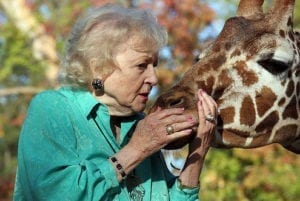 The TV icon continues, “Our pets are constantly telling us things, with a purr, a bark, a tail-wag, a smile, a paw in our lap. We’re not always so good at paying attention to them, but they’re sure good at paying attention to us. We should talk to our pets, too! What else can we do? We don’t have a tail to wag. I’d like to talk to Robert Redford, but otherwise dogs and cats are more interesting—I think—than many people.”

Instead of counting sheep or puppies, White says, “I sometimes put myself to sleep going back to the beginning, thinking about how that first relationship between dogs and people happened; I think it’s fascinating.”

Will she slow down? “From what?” she asks. “I just keep going. As long as my health holds out, you won’t be getting rid of Betty White anytime soon.”

And that’s just the way America wants it.

A Conversation with Betty


Best of Rose on the Golden Girls:

And she never lost her quick wit: