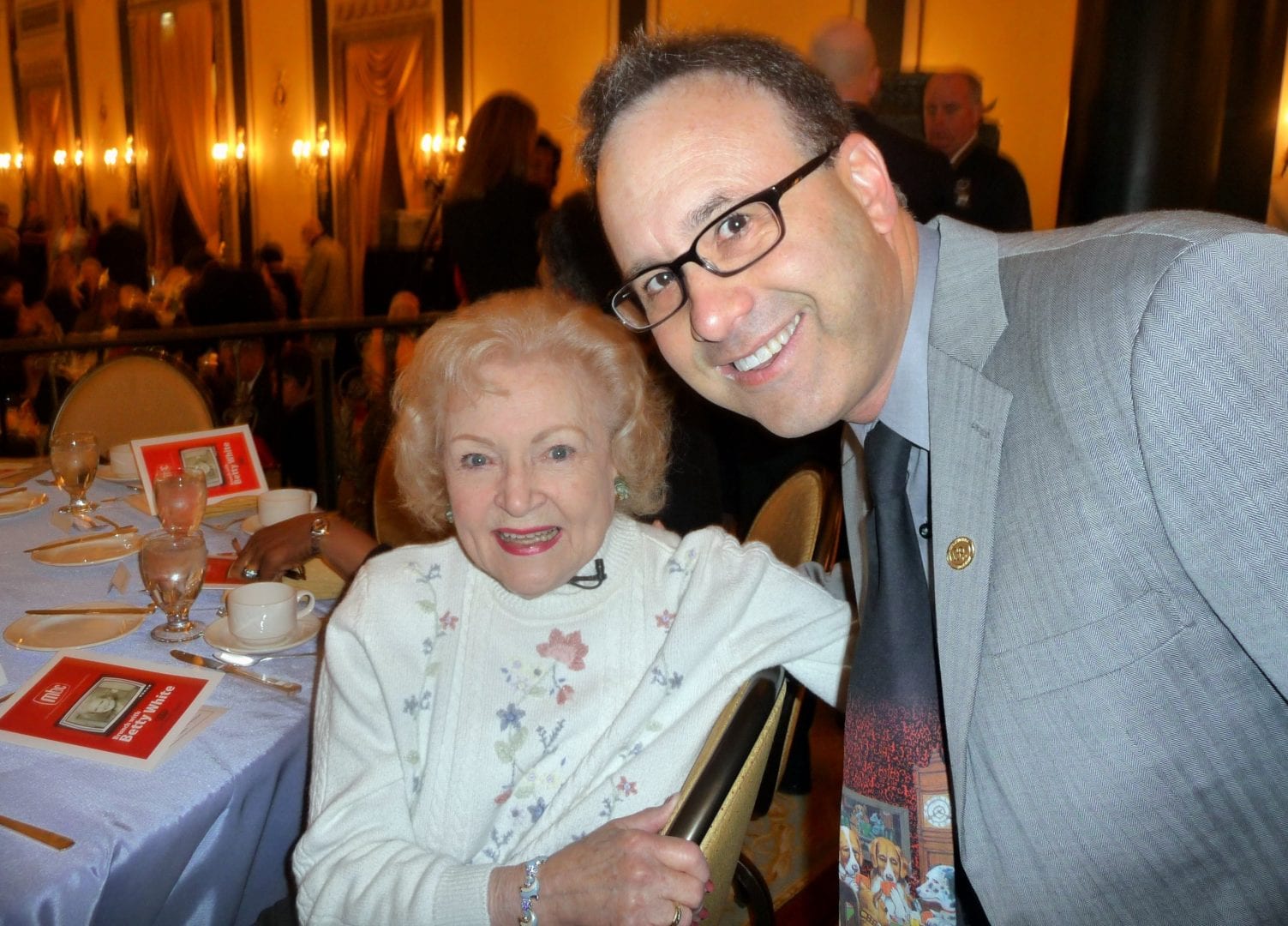 Betty White scoffs at the notion of being the most trusted person in America. “That’s so silly,” she says. She laughs when being compared to the late news anchor Walter Cronkite, who once held that same throne for many years. “I’m just an old broad who’s been around the block. People can’t get rid of me, it’s ridiculous.”

In a telephone interview, she continues, “At 91-you’d think I’d disappear and not bother people anymore. But then, I say, ‘If you don’t want me, don’t ask me.” 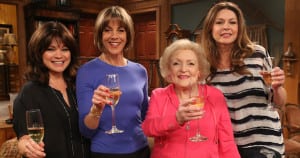 TV producers keep asking because it seems America can’t get enough of comedienne, who began her TV career when TV began – about 65 years ago. Today, she’s a co-star on TV Land’s “Hot in Cleveland” (with Valerie Bertinelli, Jane Leeves, Wendy Malick and former “Mary Tyler Moore” sidekick Georgia Engel). Simultaneously, she stars in “Off Their Rockers” on NBC. She also released two books in 2012, “If You Ask Me (And of Course You Won’t)” and “Betty & Friends: My Life at the Zoo.” White also wrote introductions to a pair of ebooks that I wrote, “Good Dog!” and “Good Cat!” 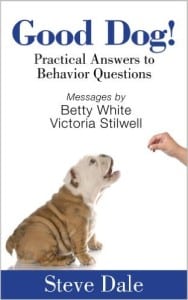 Famously an animal lover, White says, “We’ve come a long way in the animal world; I’ve been around it from the womb. My parents (who took in stray animals) were in the animal business, and I’ve been loving animals and appreciating what they have to teach us my entire life. The consciousness about animals has risen. They’re a part of our families. It’s more than that, of course. Take these awful disasters that happen from time to time. You once heard only about displaced people, now you hear about the animals too. And we’re only starting to learn what animals can do for us.”

White says she’s familiar with the International Association of Human Animal Interaction Organizations (IAHAIO), the group of scientists from around the globe who study the relationships humans have with animals. For the first time ever IAHAIO will convene in the U.S. (this July, at the Convention of the American Veterinary Medical Association to be held in Chicago). “It’s wonderful, we’re learning so much now what the animals have known all along,” White says. 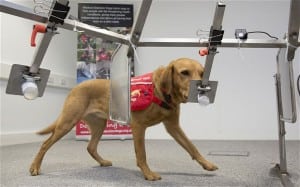 dogs can be trained to detect cancers

White is aware that dogs can detect cancers, warn of impending seizures and warn of diabetic highs and lows. “Our pets are constantly telling us things, with a purr, a bark, a tail-wag, a smile, a paw in our lap,” she says. “We’re not always so good at paying attention to them, but they’re sure good at paying attention to us. We should talk to our pets too! What else can we do? We don’t have a tail to wag.”

Instead of counting sheep or puppies, she says,  “I sometimes put myself to sleep going back to the beginning thinking about how that first relationship between dogs and people happened; I think it’s fascinating.”

Experts have determined that dogs pretty much evolved with Cro-Magnon man. In fact, Neanderthals were quite similar Cro-Magnon’s; perhaps the most significant difference is that Cro-Magnon’s welcomed progenitors of today’s dogs (relative of the wolf) into their society to guard, clean up trash and assisted in hunts. Neanderthals did not live with canines. Neanderthals died out. And Cro-Magnnon’s eventually evolved into who we are today. Is it too far a stretch to credit dogs for our very existence?

If White could return to earth as any animal – not counting a dog or a cat, what would she choose? Without missing a beat, she responds, “A moose,” she adds. “I know, everyone laughs. But I’m not joking. ”Moose are known for their nasty tempers, charging and asking questions later, which doesn’t sound like the amiable Betty White America loves. She laughs and says, “Well, you haven’t caught me on my bad days.”

Betty White would be reincarnated as a moose? 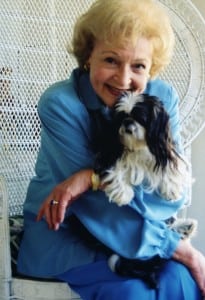 And she adds that there’s one more message she wants everyone to hear, “We need to learn a little more kindness. Kindness is getting lost in the shuffle. I get appalled at what people are doing to people, the violence in our own communities. I am worried about that – and it has to change,” she says.

No one wants White to change, over six decades on ‘the tube.’ How does one survive so long in the tough show biz world? Perhaps, White is an example of the creaming rising to the top – and staying there.

She responds, “Not me – the cream goes to the hips.”