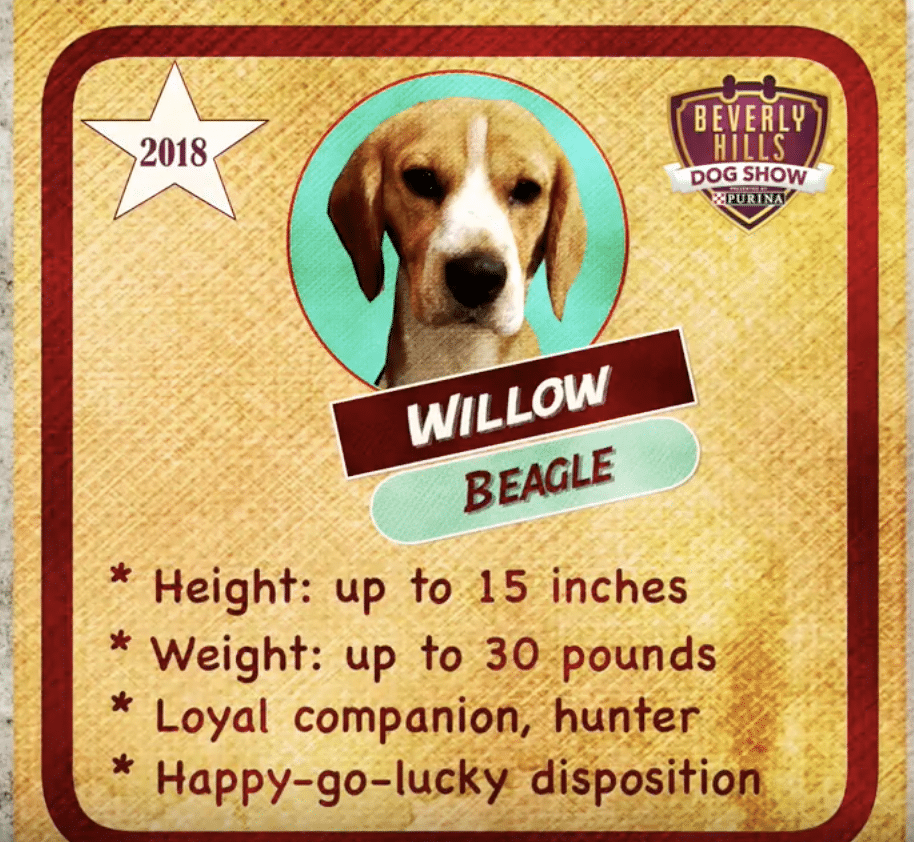 It’s the Beagle, one of America’s dogs. After all, this is who famed cartoonist Charles Shultz patterned Snoopy after. Nose to the ground, tail to the air – Beagles are only unhappy when their people go away.

Beagles are loving and lovable, happy, and companionable—all qualities that make them excellent family dogs.

Beagles are among the many breeds featured at The Beverly Hills Dog Show presented by Purina airs on USA Network on Easter Sunday (April 1) at 6.p.m ET/5 p.m. CDT. And, an encore broadcast will air April 8 on NBC at 1 p.m. ET/12 p.m. CDT.

The show will bring out the stars: Many Hollywood celebs will be there, but, of course, the real stars have four legs.