Beware of the Rheas 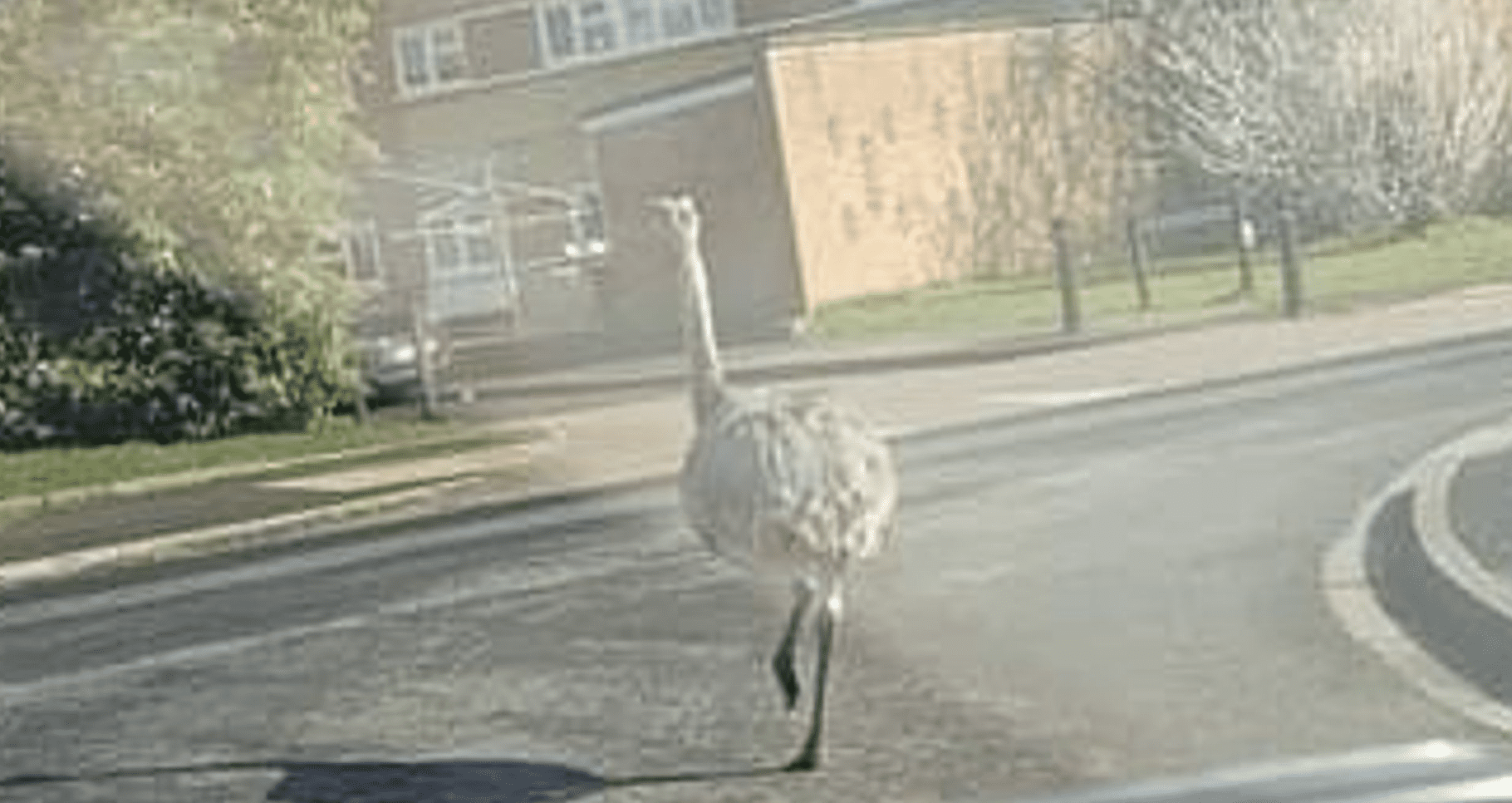 Police in Britain are warning residents of Three Rivers, Hertfordshire to beware of around 20 rhea birds running amok in the area.

Police warned residents to steer clear of the birds, which are native to South America, if they are spotted in public.

“Unfortunately we have received reports of them attacking dogs and deer, so we ask that dog owners are vigilant when out walking,” Police Constable Christian Gottmann of the Rickmansworth and District Safer Neighborhood Team said.

Police said they have thus far been unable to identify the owner of the birds or determine their origins.

“These birds are certainly an unusual sight on the streets of Three Rivers, and we want to reassure the public that we are working in partnership Three Rivers District Council, Highways and our Rural Operational Support Team to come up with a plan to capture and rehome the birds to a suitable animal reserve,” Gottmann said.

When asked by the press how will you identify the birds? Rheas literally standout, looking similar to the ostrich, and can stand nearly as high, up to about 5-feet high. They’re hard to miss. They are also related to the flightless emu, cassowary and kiwi.