Breed Bans of the Renter Kind 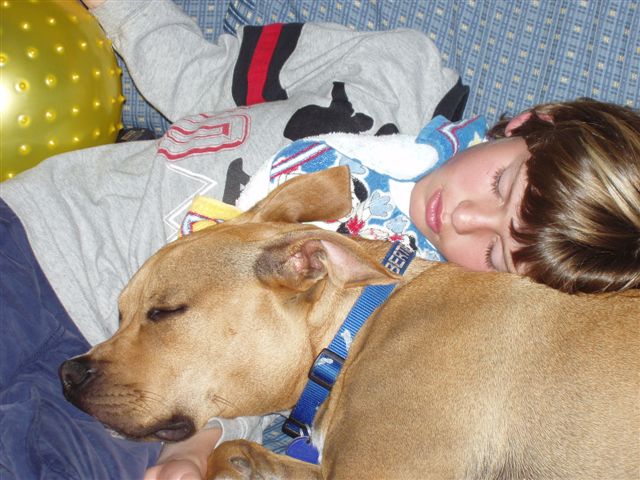 Press release from Best Friends Animal Society on a topic which I’ve long reported on, and have testified in front of several legislative bodies. And the significance right now can’t be understated as one significant reason pets are being relinquished are related to housing issues, finding an affordable rental property to allow cats or dogs can be challenging, and even more so if you have a large dog and/or a dog that resembles what many may call a pit bull.

“Best Friends wants to thank the National Council of Insurance Legislators for passing a model law prohibiting insurance companies from denying homeowners or renters insurance simply because of the breed of an owner’s pet dog,” said Ledy VanKavage, senior legislative attorney for Best Friends Animal Society. “The model will serve as a framework for other states to adopt. Currently seven states have passed legislation addressing this important issue. Housing/insurance is the number one reason why dogs are relinquished to animal shelters.”

Legislation is needed to protect pet-owning consumers as 69 million U.S. families own dogs and 52 percent of homeowners surveyed acquired a pet after their policy began. Several states — including New York, Nevada, and most recently, Arizona — have passed laws on this topic; the NCOIL model act would help other states pass similar legislation.

The Restrictions on Dog-Breed Discrimination in Homeowners and Renter’s Insurance Policies Act states that “no insurer shall refuse to issue or renew, cancel, or charge or impose an increased premium or rate for such policy or contract, or exclude, limit, restrict, or reduce coverage under such policy or contract based solely upon harboring or owning any dog of a specific breed or mixture of breeds.” The act allows insurance companies to take such actions for dogs determined to be dangerous based on behavior.

Studies have shown that breed does not dictate behavior. Best Friends believes that all dogs are individuals, and recent research further proves this. In April of 2022, a new study published in Science by Kathleen Morrill, a dog geneticist at the University of Massachusetts Chan Medical School, and her colleagues compared genetic and survey data of nearly 2000 dogs, including mixed-breeds and purebreds, with 128 breeds represented. They found that “dog breed is generally a poor predictor of individual behavior,” and most behaviors did not have a strong genetic component. When it came to dog breeds, personality varied widely within the same pedigree. Just 9 percent, on average, of the personality differences between dogs were related to their breed.