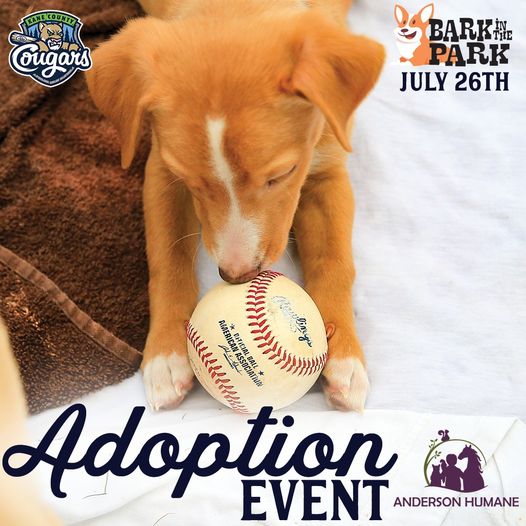 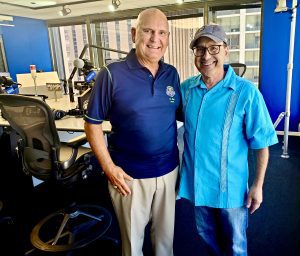 Dr. Bob Froelich, president/owner Kane County Cougars points out HERE on Steve Dale’s Other World, WGN radio, July 26 is not just another Bark in the Park event at Northwestern Medicine Field, Geneva, IL. He says it will be the greatest night ever for the Kane County Cougars.

At this Bark in the Park (where dogs are welcome), there will be speed dating to hook up dogs with others canines for the upcoming October 2 World’s Largest Dog Wedding. 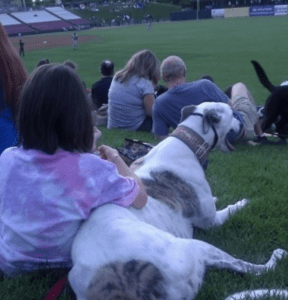 And there’s more: If you can’t attend in person. Those who are unable to participate in person can also play an active role in the initiative. Organizers are holding a Voice Your Vows contest, which dog parents can upload a brief Voice Your Vows video of their dog barking and/or singing and/or howling and/or yodeling.

A panel of celebrity judges (which I am one) will select 10 finalists in September, with money raised when people vote for their favorite canine crooner. A grand-prize-winning dog will have his or her picture appear on the NASDAQ billboard in Times Square and also win a trip for two to New York City to see it in person, and receive a lifetime’s worth of veterinary care in the form of a $10,000 check! The top 10 videos will be played during the Diamonds in the Ruff Dog Wedding event.

As Dr. Bob points out, all of this is fun – and fun activities to partner with your dog. But mostly it’s about raising money – a lot of it – about $100,000 for  K9s For Warriors and 12 other local pet adoption groups.

And there’s one more shocker: Steve Dale (who is a southpaw) throws out the first pitch for the Kane County Cougars. The team may never recover.

Magician Martin Rees will be there too. Dr. Bob explains that this UK resident had some “issues” entering the U.S.