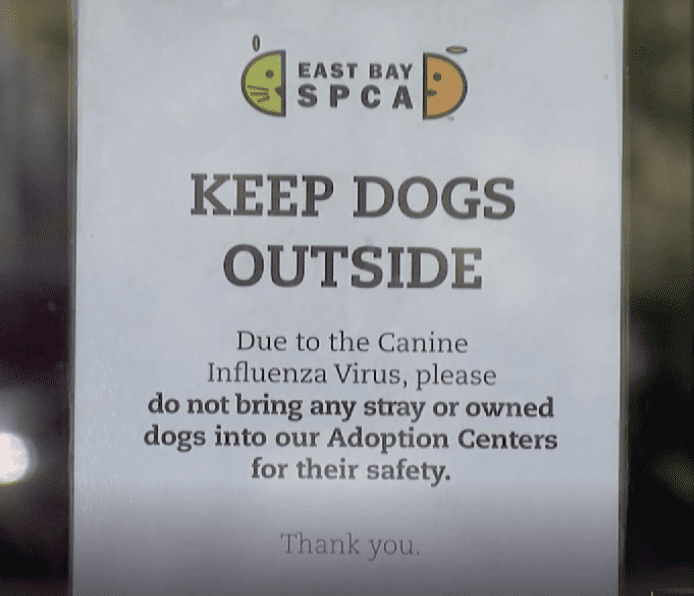 Dog flu is here, at least in California. There’s an outbreak of the H3N2 strain at Oakland Animal Services with (so far) 70 of the 110 dogs in their care identified with flu. At the Dublin, CA East Bay SPCA about 20 dogs have been exposed. The shelters are working together to quarantine the affected dogs. A small percent of dogs do die as a result of dog flu, though, so far, no reports of deaths.

Be clear this is not the fault of the shelters involved. If fault is a word that applies – this is the fault of dog caretakers who don’t vaccinate.

In this report, dogs are playing in a local Dublin dog park. Some owners say they are worried about flu. But not a mention is made of prevention, vaccination. That’s crazy. 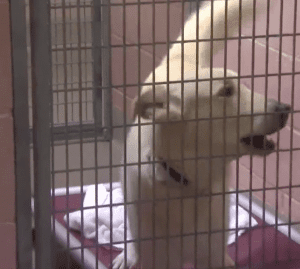 I argue that public officials, where there are outbreaks, should consider closing public dog parks. Boarding and kenneling facilities, even groomers, should mandate the dog flu vaccine

If these owners are truly worried about flu – as they say they are and they should be where there are outbreaks – first, vaccinate. An initial vaccine does take three weeks to take hold, before a booster shot completes the process. If a dog was vaccinated last year, all that’s needed is a single booster.

Since the canine influenza virus is at least as contagious as the human flu, keeping your dog away from other dogs if you know the flu is prevalent where you happen to live makes common sense.

As for the shelters involved, they could vaccinate on intake and enhance cleaning protocols. But the real problem is from the community at-large not vaccinating.

People suggest, if a symptomatic coughing wheezing dog arrives, quarantine that dog. Of course, that makes sense. But it’s not all so easy. Around 20 percent of dogs with flu never have a single sign or symptom, they act perfectly healthy – but they do carry the virus and spread the virus. Also, dogs who already have been treated for flu and no longer are symptomatic may continue to spread the flu for a short period of time.

Among other places the H3N2 strain of dog flu has been very recently identified are  Portland, OR; San Francisco, San Jose and Santa Cruz, CA.