Canine Cruise and a Reporter’s Lap 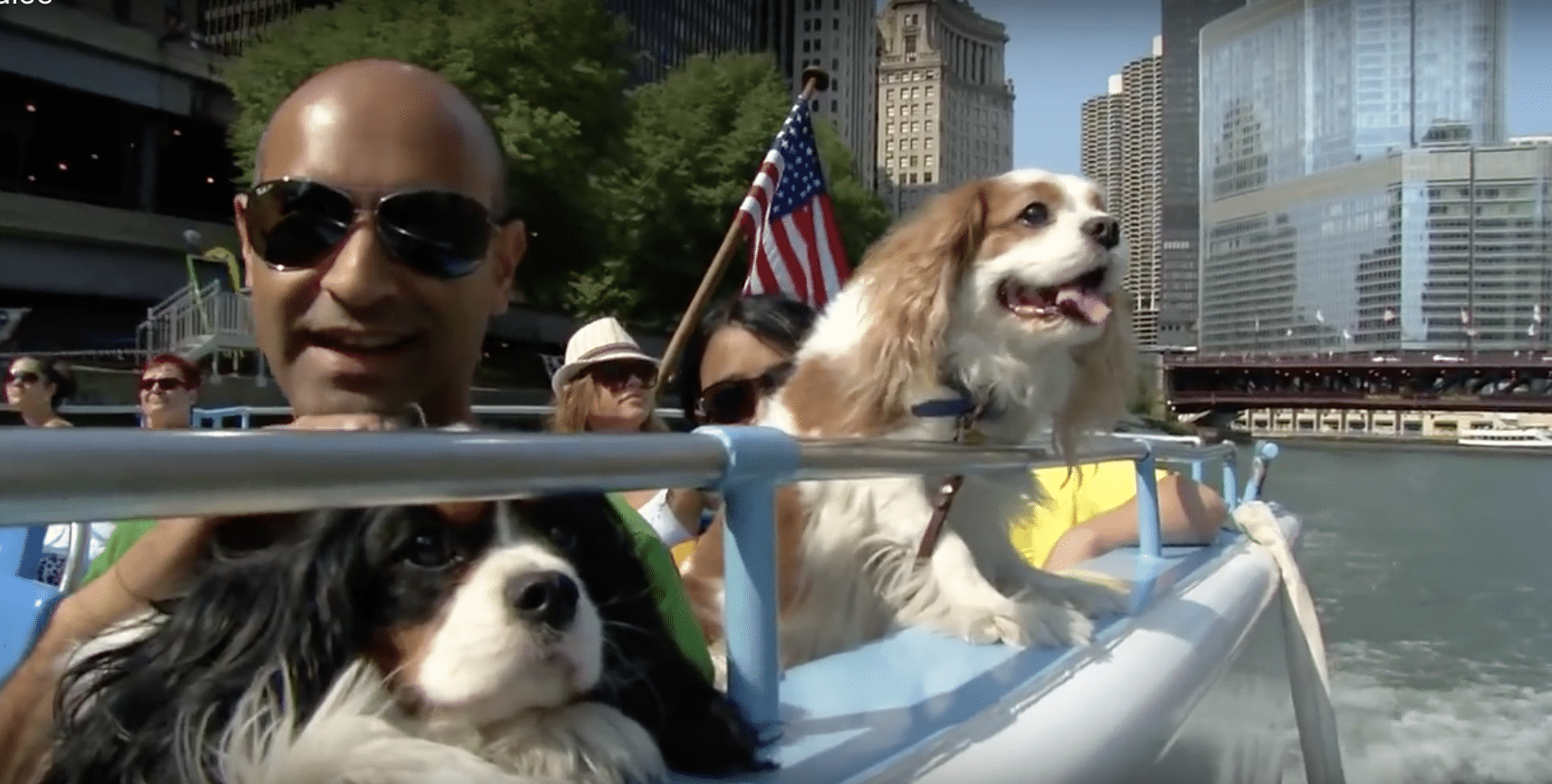 The idea of dogs attending a baseball game, that was mine.

The idea of an architecture cruise for dogs – also my idea. Of course, I won’t tell you about the ideas that flopped. But this one worked out quite well for the Mercury Chicago Skyline Cruiseline, which offers the Canine Cruise Saturday and Sunday mornings (throughout the summer), 10:15.  Other cities have even replicated the idea, same as bringing Dog Days to then Comisky Park.

Watch the segment from WGN-TV news HERE with Andrea Darlas, as I describe how the idea for dogs joining the famous Lake Michigan/Chicago River cruises came about. 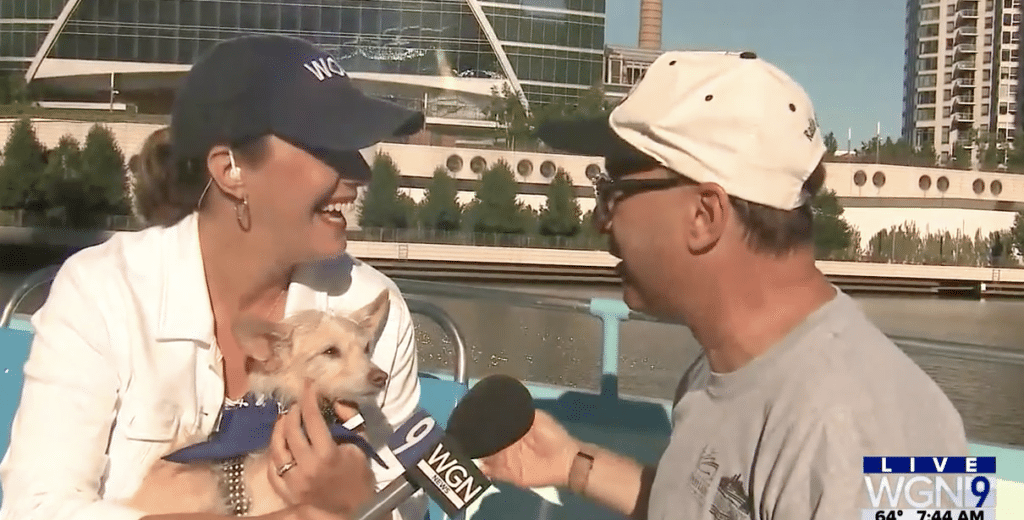 With Andrea Darlas, and Hazel

I point out that highlights of the Canine Cruise includes pointing out the park the most squirrels and the City’s oldest fire hydrants.

The owner of Mercury Skyline Cruiseline Holly Agra says whenever I am along for the Canine Cruise (which I do periodically), I am in charge of the poop deck. I wonder what she means. 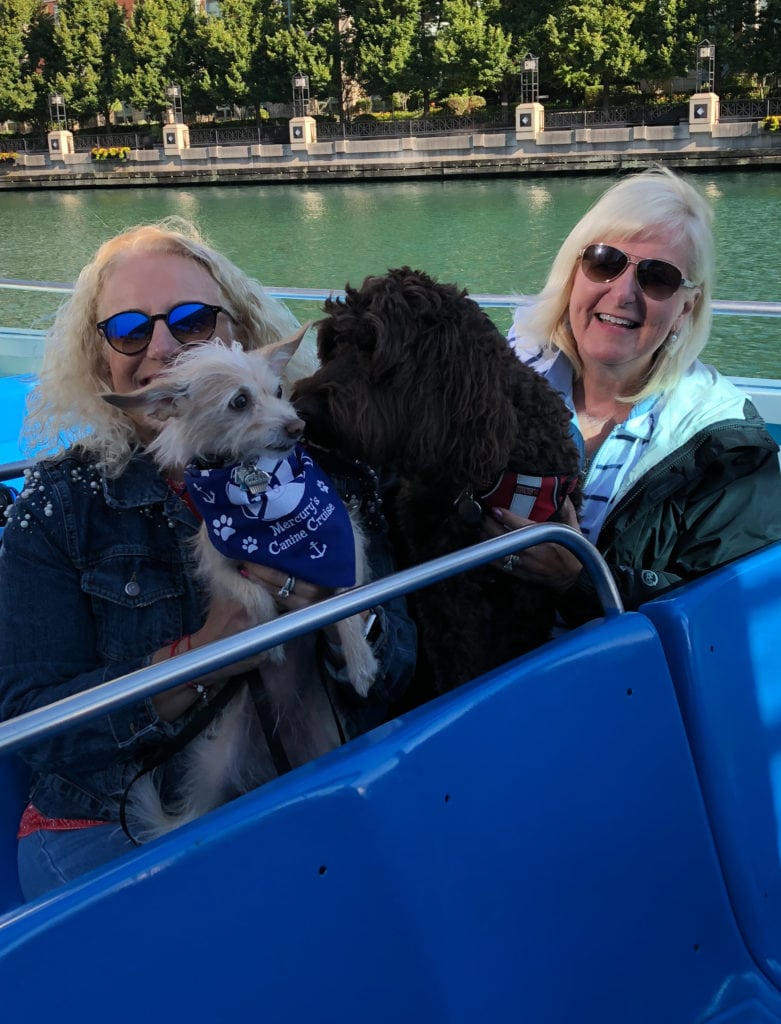 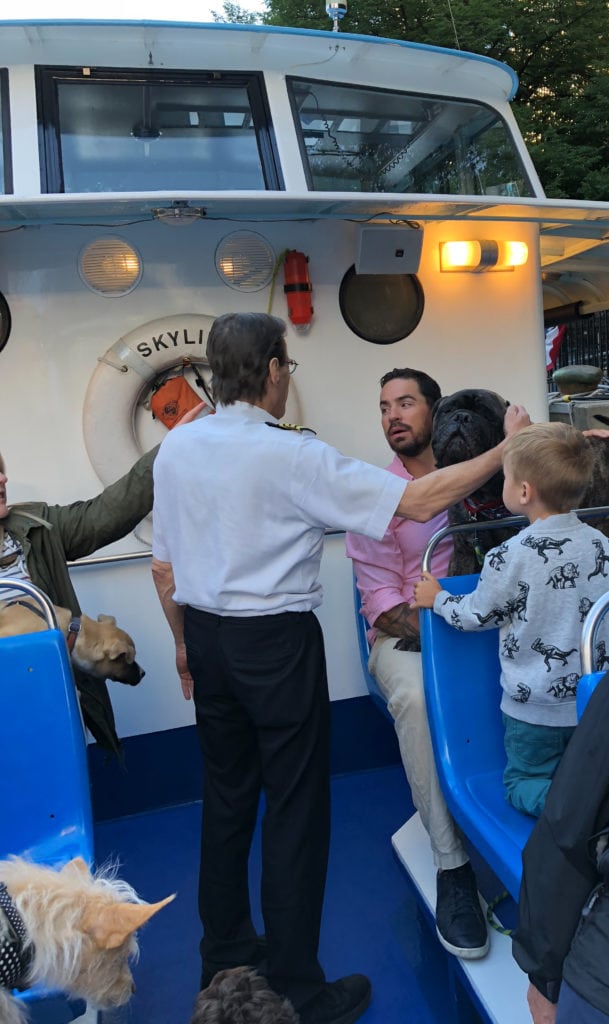