Case of the Wild Boar 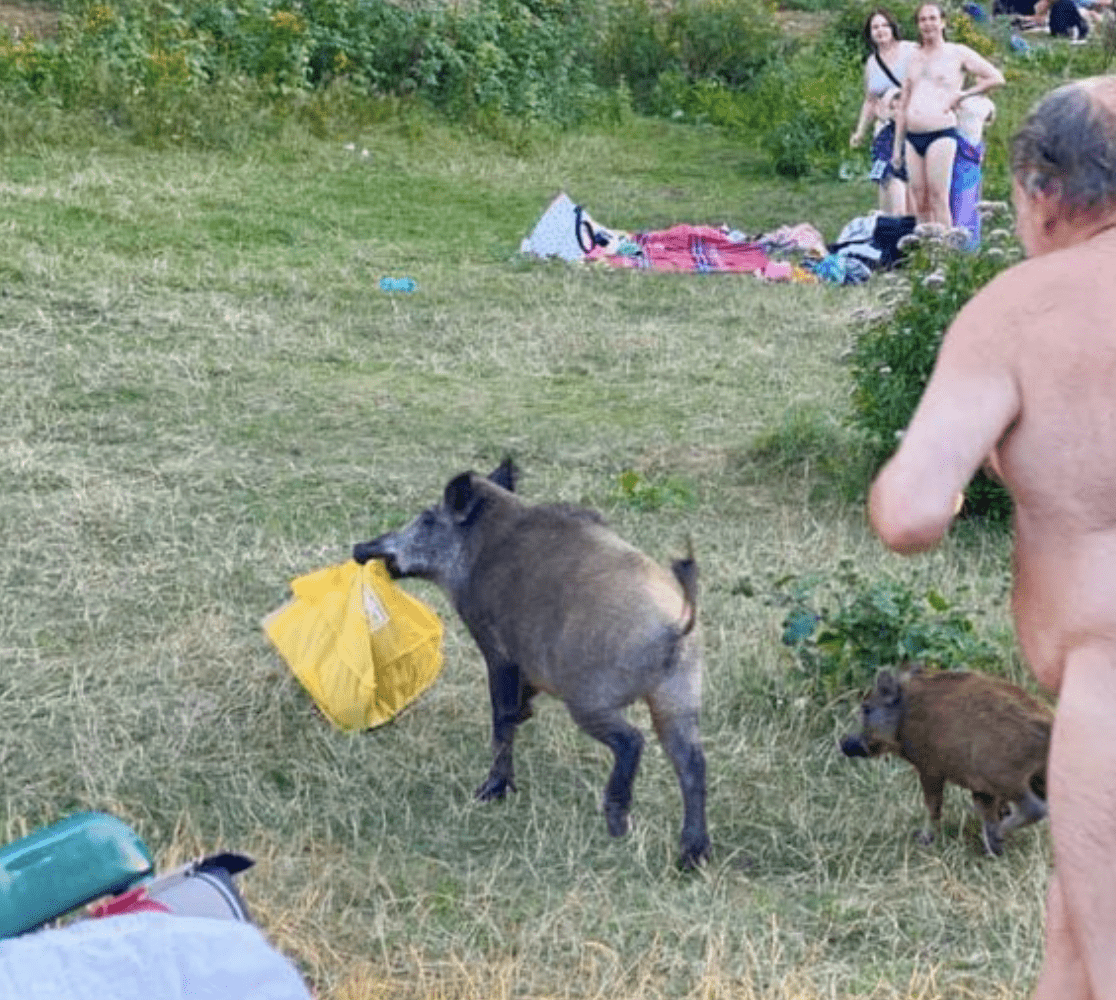 So, by wild bore, I don’t mean the guy at the bank who every time you walk in says, “May I have a moment of your time to talk about our savings programs?” I mean a wild boar.

A naked sunbather was minding is own business at Teufelssee Lake,  a nude bathing spot in the Grunwell Forest in Berlin, Germany. When a cheeky boar and her two piglets suddenly appeared and made off with his yellow backpack. That wouldn’t be a huge deal if his computer wasn’t inside the bag. So the sunbather streaked in hot pursuit after the pigs. A wild boar can run at 30 miles-per-hour, a middle-aged guy with a beer belly, not so fast. Guess who won the race?

Bystanders might have tried to head off the pigs – but they’re tough animals. Instead, they all watched, pointed, laughed and posted on Twitter. The poor guy never saw his computer again. But if he receives an email from a wild boar, he’ll know who it’s from. 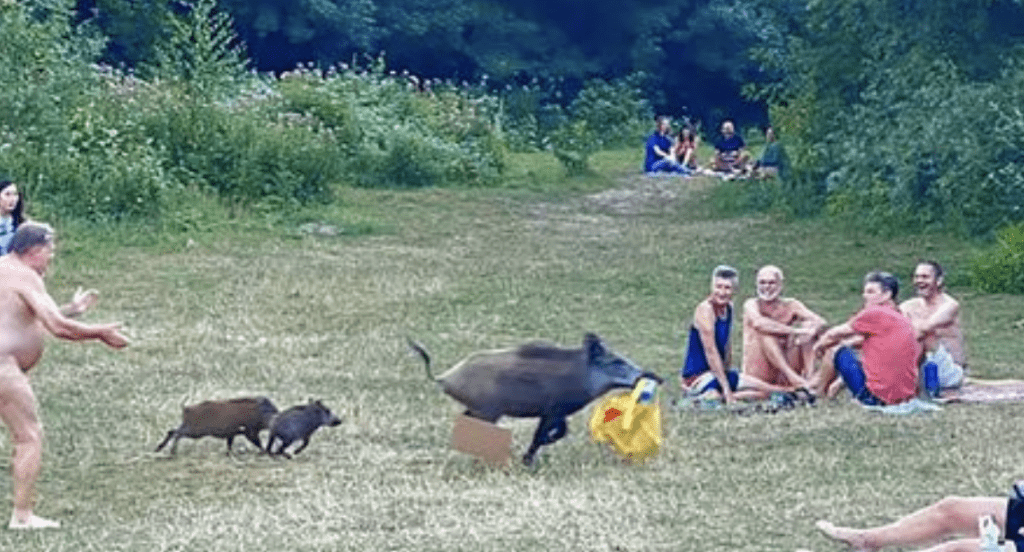