Cat Café Will Open in Chicago with Your Help 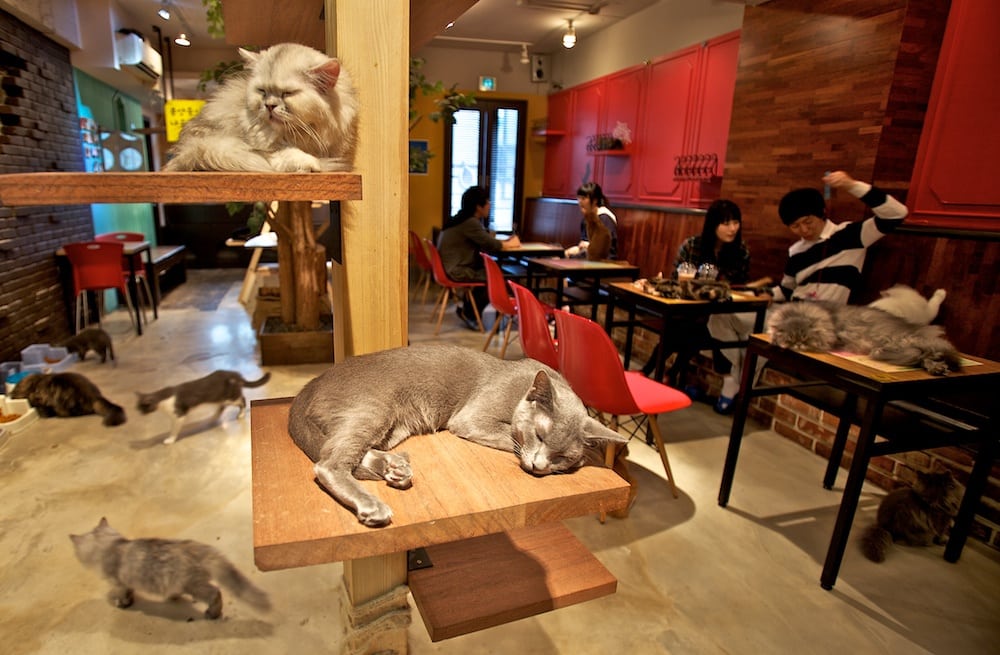 By one count, there are 81 cat cafés in North America. Chicago is lagging behind. One north side animal shelter fundraised, and publicized promising a café. By all accounts, that’s unlikely to open anytime soon, or at least as originally conceived. 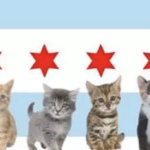 Jennifer Tiner, who once volunteered at that shelter, has taken matters into her own paws, and I believe she’s a hero to do so!

Tiner has launched a campaign to open Windy City Cat Café and Lounge on North Clark Street in Lincoln Park in Chicago.

The purposes will be:

Tiner says, “The biggest reason I’d like to open a cat café is to provide another avenue for helping homeless cats and opening up space within ALIVE Rescue that pulls cats by way of CRISP (Chicagoland Rescue Intervention and Support Program) at Chicago Animal Care and Control (CACC). Opening a cat café helps them double (if not triple) the amount of cats that can be pulled out of CACC and taken in for care and/or adoption. Homeless cats, orphaned kittens, and cat families are the ones we are trying to help. Cat cafés have proven to be a success as a way of finding homes for homeless cats.

“Just last week, Pounce Cat Café Charleston (South Carolina) announced their 300th adoption, and they’ve only been open 7 months,” continues Tiner. “Having a cat café allows people to get to know cats outside of a shelter environment. They can truly interact, and whether it’s an instant partnership or one developed over time, the bonds are made and cats get saved. Chicago needs to step up and be a part of this good, and I plan to bring this avenue for adopting cats to Chicago.” 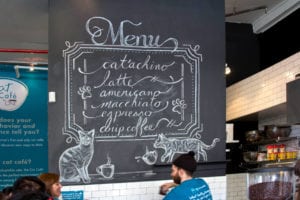 I support Tiner’s efforts. It seems she really does want to do this the right way.

No matter what happens regarding that shelter on the north side, much public trust has been lost to support a cat café because so many feel burnt as a result of feeling misled. I am among those who feel burnt, believe me—my hopes have been dashed, and I’ve personally felt my contribution of years of time and dollars were totally and completely wasted. But I stepped back and thought about what is best for cats, and for Chicago. If Estonia can have a cat café, why can’t Chicago? New York City has four cat cafés.

Right now, primarily because of a shift in mindset at CACC, and because of dedicated rescuers and rescue groups (notably due to the Illinois Cat Transfer Team), Chicago is saving more cats than ever. But, too many still fall through the cracks. This is still another tactic (and a proven effective tactic) to make Chicago the City of Kitty Shoulders. 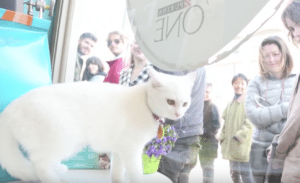 So, I have decided to help in any way I can for the cats. Yesterday, I wrote about making a difference and how I want to do more to be remembered. I know I’m not alone. What’s needed more than anything are dollars via Tiner’s INDIEGOGO Windy City Cat Café and Lounge Campaign. Even if everyone who read this only gave a $10 donation, it would add up. Especially if this post is shared like crazy. I am asking for your help. I’ve known about the many benefits of cat cafés some time. Let’s do this.