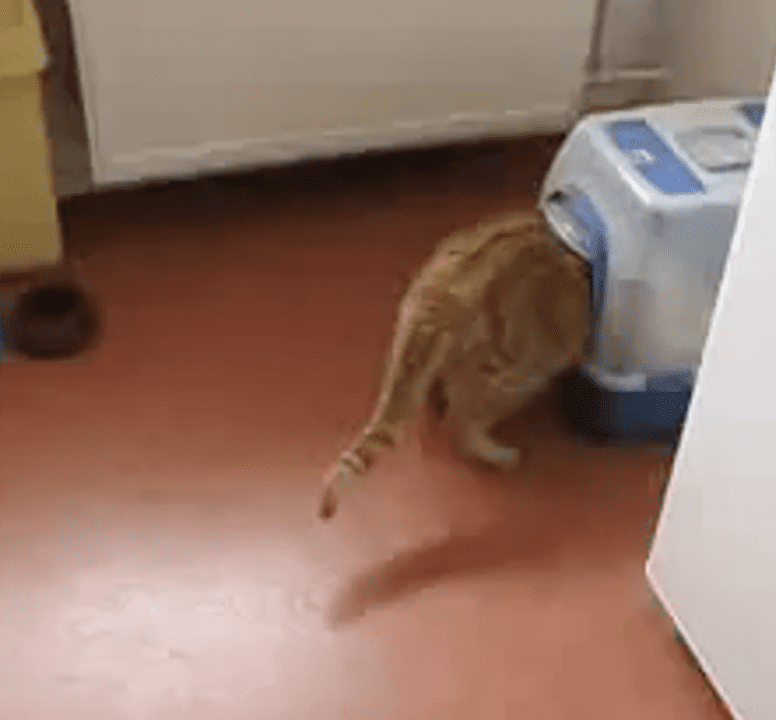 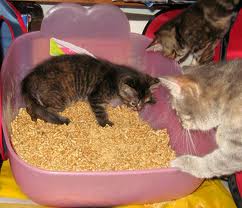 The good news is that cats are far easier to acclimate to litter boxes, than it is to house train most dogs. The bad news is that thinking outside the litter box – caused by a potential very long list of reasons – is the number one explanation for cats either relinquished to shelters or indoor cats booted outdoors.

Keeping the cat’s business in the box is essential to maintaining the human animal bond.

Litter boxes and the cat litter in the box are such a significant concern that an entire chapter is devoted to issues regarding to all this in the book Decoding Your Cat, authored by members of the American College of Veterinary Behaviorists, and coedited by Dr. Debra Horwitz who says, “If you happen to get a kitten, they’re fairly flexible about the box you prefer and the litter you prefer. But always best to watch and see what the kitten may prefer.”

“Each cat is an individual in every way including litter box preferences,” says veterinary behaviorist Dr. Theresa Behavior, who is Boarded in the U.S. and in Europe. “They like what they like. Research shows most cats like an uncovered box with unscented litter, preferably without a liner. But right now my cat, Bacon, has lavender scented litter in an uncovered box and with a liner. Bacon laughs at my credentials daily.” 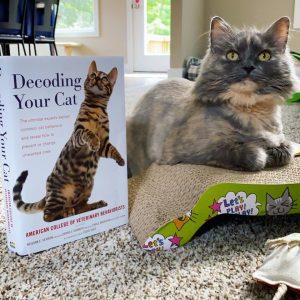 When adopting kitties over six months or so or adults from a shelter or rescue or purchasing from a breeder, consider the litter type currently being used. You may want to begin with that litter and then slowly transition to your preference – or if that cat likes it, why not leave well enough alone? 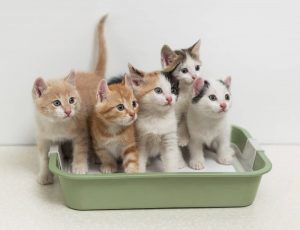 Kittens: For kittens under about 9-weeks, DePorter says, “Very small boxes which are easy to get into, are best. Young kitties have limited mobility and urinate more often. Once they reach a few months old, they become circus performers – so getting into the box is no issue. And at that point a larger box to grow into makes perfect sense.”

Offering kitties early positive exposure to various litters is likely a good idea as they may be more inclined to accept variation throughout a lifetime. 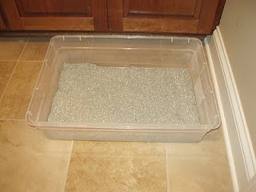 A choice for geriatric cats

Geriatric: Horwitz says, “Most elderly cats have some degree of arthritis.” That’s true whether the cat is telling you, “I hurt” or not, So many cat parents have no idea that their cat is pain, or the approach being use to address pain is simply ineffective. Cat parents may tolerate a lot but not a cat urinating outside the box, even if the cause is pain. Now a new product is available to treat arthritis in cats, which will save lives – it’s called Solensia.

Also, some older cats have illness which may necessitate using the box more often because of kidney disease, diabetes and/or GI issues. So, a golden rule for cats in their golden years may mean more litter boxes in more places.

The easier to step into a box, and the roomier the better. Storage containers (like the kind you’d keep sweaters under a bed) with an entrance cut out so the cat can just walk in is a good idea.  Other ideas about giving geriatric cats space from DePorter, includes cutting an entrance into a small kiddie pool. However, the tendency is to place larger boxes (in particular) in the basement. And when you gotta go you’ve gotta go – making it to a basement box challenging for a geriatric to get to. Since vision may be an issue for old cats, a night light is a good idea. 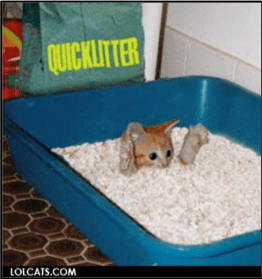 What most cats say:

Bottom line, as Meryl Streep once reportedly said, “The interesting thing is that everyone wants a cat but no one wants to scoop.” Scoop! Or get a box that does it.