Celebrating and Supporting All U.S. Veterans 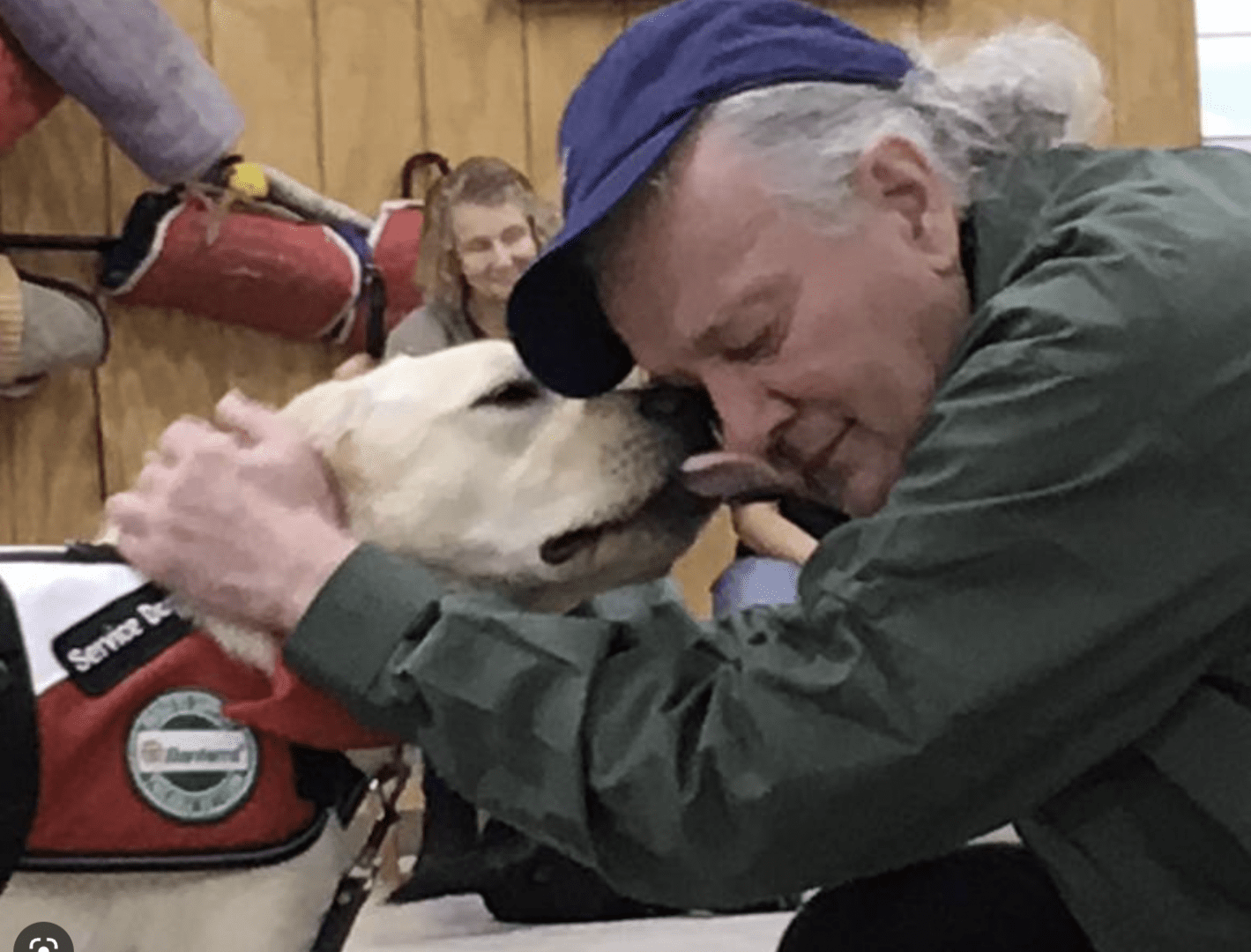 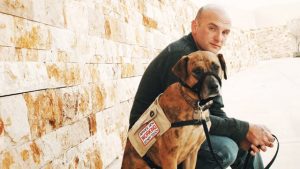 Veterans are true heroes; men, women and I suggest canines.

According to the U.S Department of Veterans Affairs, here’s the number of veterans who develop PTSD in a given year by service era:

Sadly, many soldiers are never diagnosed, particularly in the Vietnam era. And, some are diagnosed but are never reported to the government by their private physicians, so the numbers of soldiers with PTSD are likely much higher.

Military working dogs are also subject to PTSD. However, it’s rare that dogs are actually diagnosed, and if diagnosed the U.S. Government offers no financial support or even guidance, and can care less about recognizing..

From the VA, as of 2019, nearly 46,000 U.S. adults take their lives annually, compared to just over 6,000 veterans, which accounts for just over 20 percent of suicides, that way over represents the percent of veterans in the U.S.  The difference is striking. However, with a service dog as a partner the number of veterans taking their own lives changes dramatically to drop to the same percent as the general public. (Suicide rates have overall risen during the pandemic) 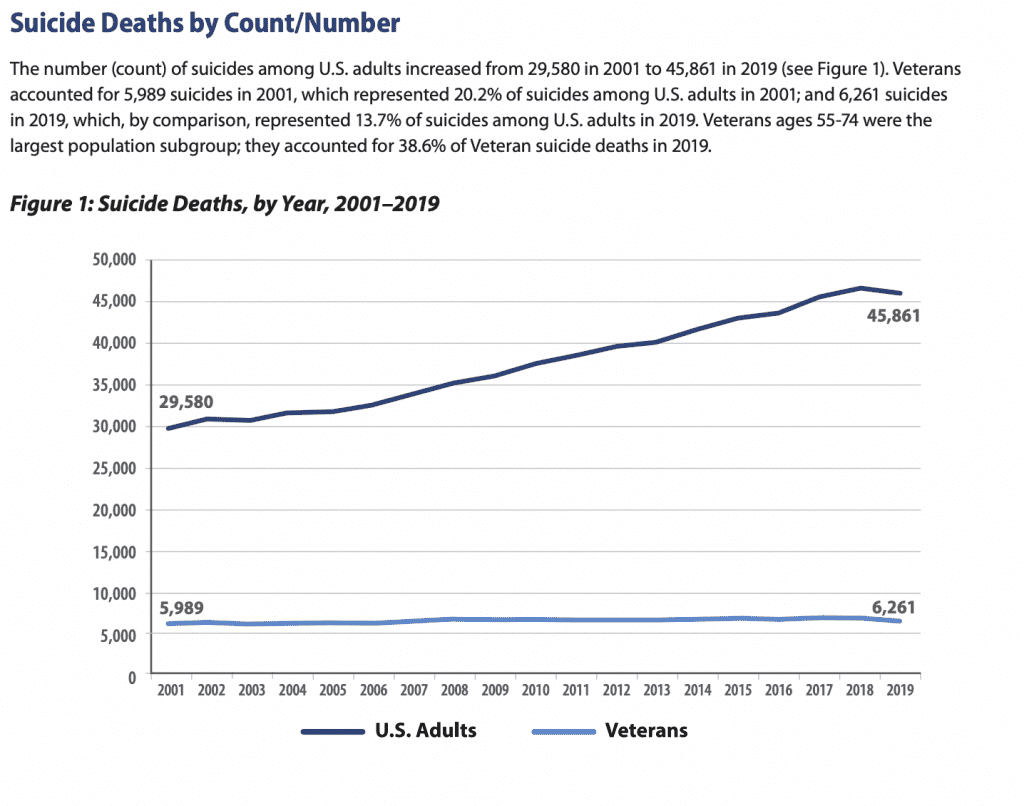 So, what is the same agency, the Department of Veterans Affairs, and the U.S. government doing to address these problems?

Unfortunately, the answer is not nearly enough, as many veterans slip through the cracks of the bureaucracy. Other solutions may be counseling and medication. In the end, clearly the best of efforts aren’t paying off. A lot of money is being spent to help these veterans, and it’s not working. Otherwise those suicide rates wouldn’t be so high.

What’s the solution? I don’t have a complete answer, but I know what can help: dogs.

There have been numerous reports about the impact service dogs (and even pet dogs) have on soldiers with PTSD. There today many scientific studies to support this notion, not to mention countless anecdotal stories. 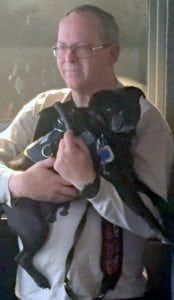 I interviewed Ralph (Ed) Matson, a real war hero, who explained that without his service dog, Beef, he never could have come to WGN Radio to talk about his condition on a podcast. He says his dog saved his life. I’ve long lost count of the number of veterans who have used those exact words.

According to medical professionals (including many at the VA), as well as organizations that train service dogs for veterans with PTSD, vets paired with service dogs always show improvement. Not only do suicide rates drop significantly, so does substance abuse. Divorce rates of soldiers with PTSD, which are far higher than the general population but return to numbers more consistent with the general populous when dogs are in the picture. And with a dog, veterans are more likely employed (so society isn’t paying unemployment).

The good news is that organizations like 1Pet1Vet and K9’s for Warriors are working hard to raise money to place service or companion dogs with veterans. The result is clear: The dogs can change lives, and even save lives. And, some of these programs even rescue shelter dogs, which means the lives of dogs are being saved, too.

I’m unsure how the U.S. Department of Veterans Affairs, which is responsible for supporting veterans, doesn’t support the proven value of service dogs (even pet dogs) for our veterans, especially those diagnosed with PTSD. And the U.S. government offers nearly zero support for dogs who have served our country.

If you know a canine veteran or human – Veterans Day is for celebration of those who have served.