Celebrating Gay Pride, And What That Means 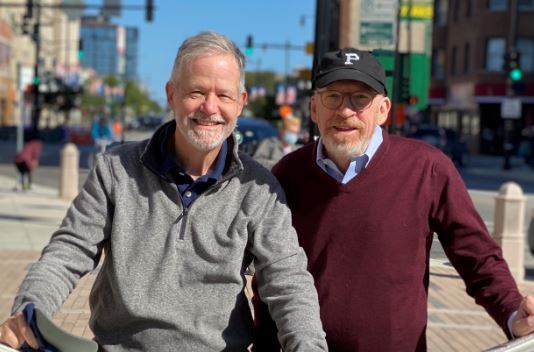 On my Steve Dale’s Other World radio show on WGN, listen HERE to my conversation with Chicago 46th ward Alderman James Cappleman and his husband Richard Thale.

We talk openly about what it’s like to be gay today and what it was like many years ago when their friends were dying of HIV AIDS. Together, they dispel myths people still may have. It’s an enlightening and in many ways a very personal conversation.

They’ve been together 30 years – they reveal their secrets, but it’s pretty much the same as any straight couple might say.

I ask about the Gay Pride Parade (which in Chicago has been moved to October) and how they each feel about all the crazy, fun celebrations. But do people really even know about the struggle or what they are truly celebrating in the parade? Also all those corporations that spend money to be in the parade, but are they truly practicing what they preach or are they merely there for the positive PR? And what does LGBTQ month to Ald. Cappleman and Thale? And we talk about the existing struggle today if you do happen to find as a young person that you are gay.