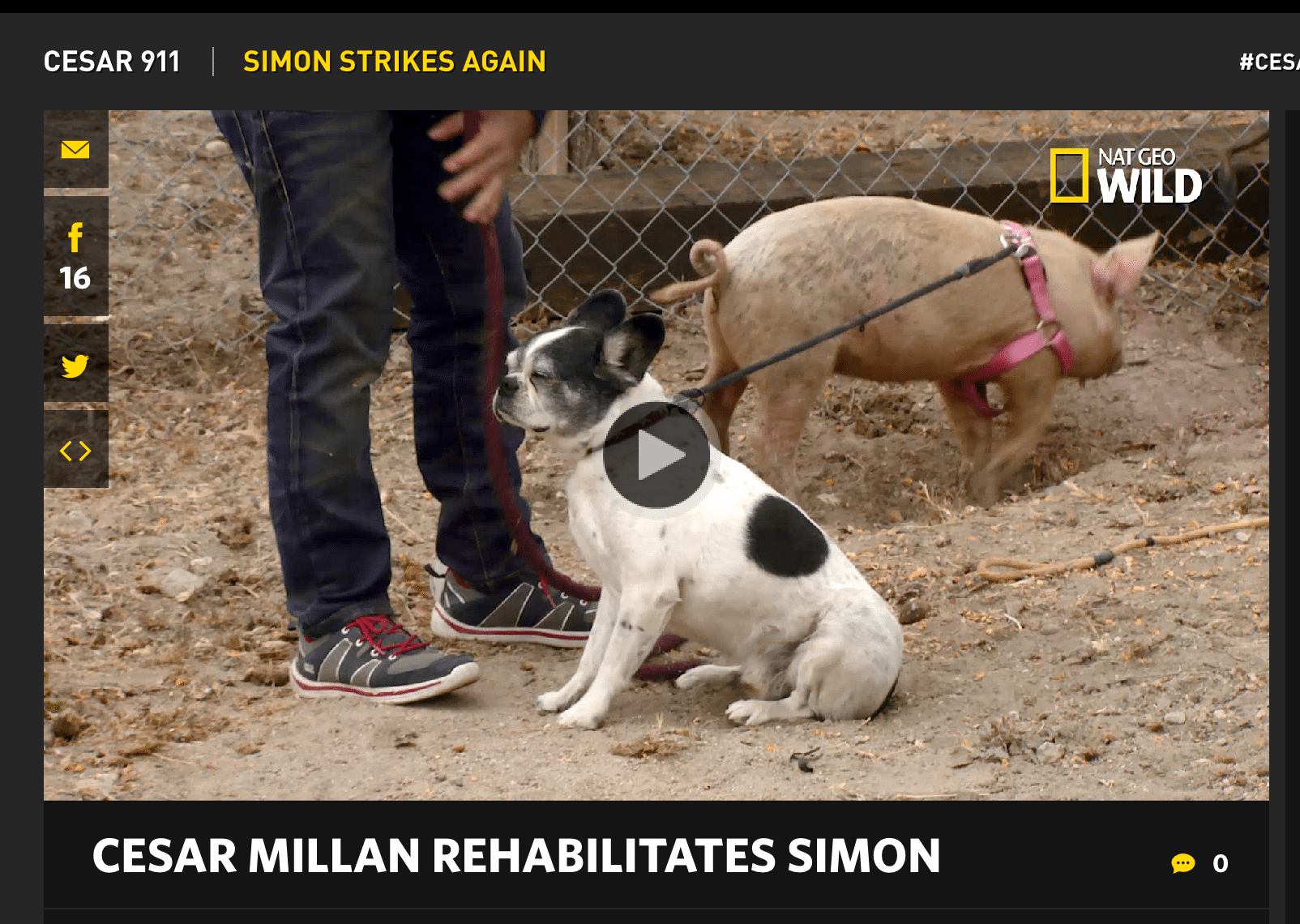 The pig was bloodied (though not seriously injured) as a result of the TV altercation. LA County proceeded to launch an investigation. Nat Geo Wild immediately came to Millan’s defense suggested he did no wrongdoing.

Animal control officers and sheriff’s deputies visited the TV star’s ranch following the complaint. LA County Animal Control, following their investigation, concurred “no wrongdoing.”  On April 11, the announcement was made, “No charge will be filed against Millan.”

“We appreciate Animal Control’s comprehensive, independent, and fair investigation, which Cesar Millan actively cooperated with throughout. We were always confident that Animal Control would conclude that Cesar and his team did nothing wrong and that there would be no charges. We are very glad to learn that is the case,” attorney Brian Klein told Fox News via email. 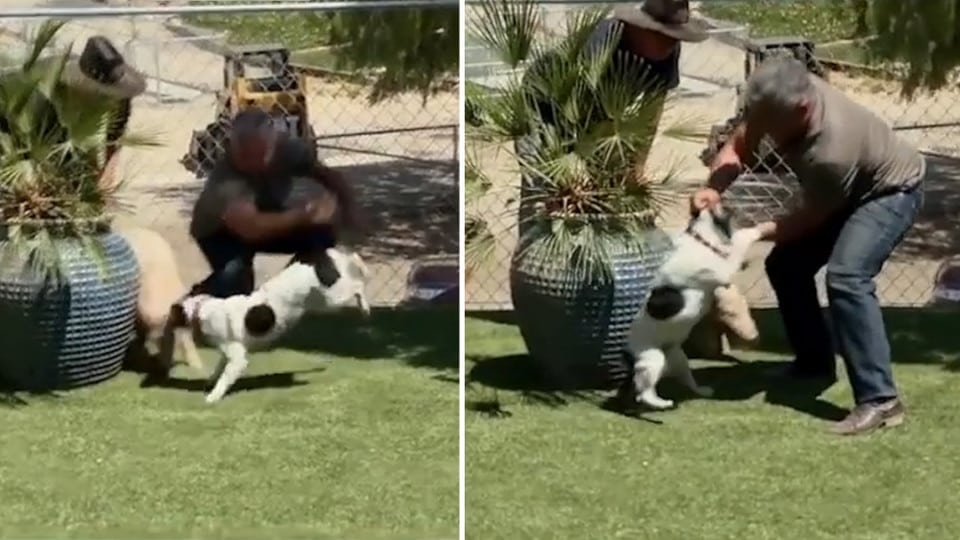 Millan told FOX411 in a statement that he is happy to put the investigation behind him. “I am pleased but not surprised by this news – our animal handling procedures are safe and humane,” he said. “Just like LA County Animal Control, my team and I are 100 percent dedicated to the proper care of all animals, including the farm pig in this case. I am continuing my work rescuing and rehabilitating even the most difficult problem dogs, which has saved the lives of thousands of animals that otherwise would have been euthanized.”

In truth, I understand why no charges will be filed. I am no lawyer, but from what I understand, in order for animal cruelty charges to be filed Millan must be shown intent to have the pig injured. I agree, I doubt that was his intent.

Having said that, Millan said on that Nat Geo Wild show said that his goal is to give the dog, Simon, a new “positive memory” of the pigs, which actually makes a lot of sense. 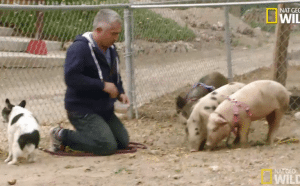 Instead of using a muzzle, Millan chose a long line. It’s not quite as safe, but appropriately using that long line can work out nicely. However, what Millan totally misses is any effort whatsoever to actually offer that “positive memory” he spoke of, as there is no attempt to desensitize and counter-condition the dog to the pigs. It’s a basic behavioral training technique which would offer that “positive memory.”

What Millan might have done with Simon on-leash, was to start off at a distance where he is not exhibiting any signs of stress around the pigs, and to reinforce that relaxed attitude with treats (and praise)…And VERY gradually get closer and closer to the pigs, delivering treats and praise all along for calm behavior. The trick is also to do this without forcing the pigs to become anxious, which would be unfair to the pigs and perhaps their excitement would incite Simon.

When the pigs didn’t act anxious, it appears here that they were prompted to squeal – and sure enough Simon responded by gong after the pigs.

After Simon nails the pig, Millan’s response is to reprimand the excited dog after the fact, rolling him over (or attempting to roll him over) and making that “tsssk” sound Millan makes – not sure what this strategy does.

Later, Nat Geo Wild says alls well that ends well since Millan – and this was hard to believe until I saw it myself – tied Simon to the pig who he previously bite. See it for yourself, if you haven’t. Put simply, Millan lucks out here.

Millan can communicate with dogs, and personally has far better instincts than most (otherwise, I’m unsure he’d still be doing this with all ten fingers and both arms in tact).  However, he’s modeling techniques that are archaic, and may be dangerous if replicated. Some of the time, his “results” are a matter of intimidation (so the dogs respond to him, at least for a time, but may not for the family members after a few days or weeks goes by), and I dare say editing may also play a role. 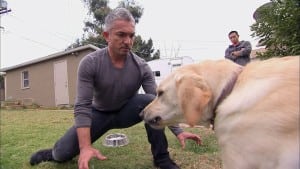 For those who say I have “a vendetta” against Millan – that’s plain silly. I actually like him personally, though I don’t know him well. I do know I am not alone, EVERY veterinary behaviorist and certified dog behavior consultant that I know agrees, and the American Veterinary Society of Animal Behavior recently issued a statement on Millan and this episode.

Dog training may never be an exact sciences, but there are acceptable nuances regarding what is right, all fall under the category of positive reinforcement. Not only is positive reinforcement supported by science as the best way to teach dogs, it’s also the most humane approach. Nothing else should be accepted, particularly on national TV.