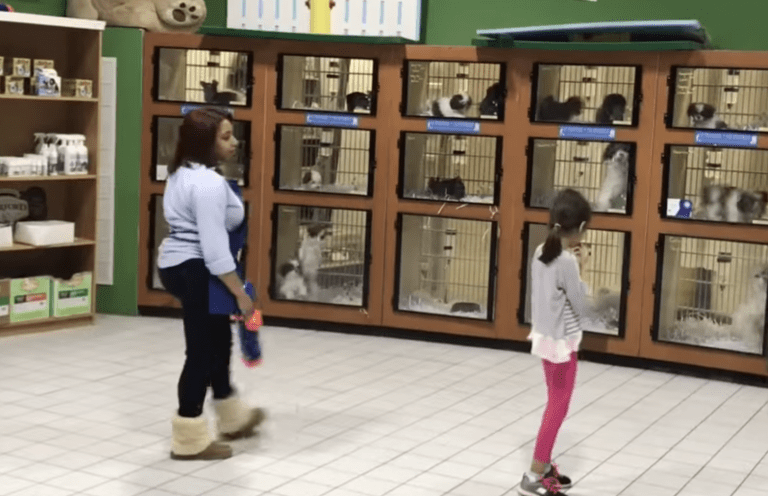 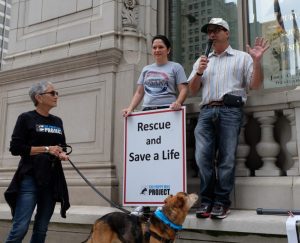 Cari Meyers, Susana Mendoza and myself at a Puppy Mill Project rally

Over six years ago Cari Meyers had enough. Her goal was to end the puppy mill pipeline feeding Chicago pet stores. Veterinarians she knew told her horror story after horror story of dogs sold at the stores.

Meyers approached then Chicago City Clerk Susana Mendoza, and they crafted an ordinance to ban sales of dogs and cats (and rabbits were added) at Chicago retail pet stores. They worked thoughtfully and deliberately before communicating their efforts to aldermen, myself and Cynthia Bathurst of Safe Humane Chicago, Chicago Animal Care and Control, and soon thereafter shelters and rescues – and the media.

Despite opposition from the Chicago Veterinary Medical Association (with embarrassing testimony in front of a Chicago Committee hearing), the ordinance had overwhelming public support, and easily passed 49 to 1 with support of then Mayor Rahm Emanuel.

However, from day one three pet stores initiated their plan to circumvent the ordinance. Their out of state puppy mills sources, filled out 5013C paperwork and suddenly became “nonprofit rescues.”  Dogs were still be sold for well over a thousand dollars, and clearly these dogs weren’t truly rescues as proven by the Puppy Mill Project (a real non-profit founded by Meyers) and a Chicago Tribune investigative report

Somehow, for years, the pet stores got away with all this, despite numerous citations from Animal Care and Control, and contention that selling something that isn’t what you say it is happens to be consumer fraud. 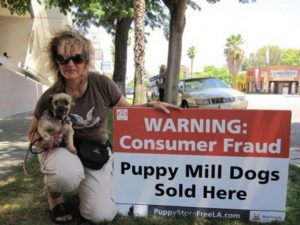 Second Ward Alderman Brian Hopkins told me on WGN Radio that as a favor to Mendoza he sponsored an ordinance to simply close the loophole in the current ordinance. With that opening, the pet store industry, veterinary associations, American Kennel Club and Alderman Ray Lopez, 15th ward, spent a great time of time and money opposing Hopkins’ effort to simply rectify the existing ordinance, as the pet stores had been circumventing the spirit of the law.

Those who opposed Hopkins’ ordinance were supporting pet stores evading the law by continuing to sell puppies while misleading consumers by saying they’re rescues that are being sold, and most of all supporting their puppy mill suppliers.

Now, the hope is that the pet stores find appropriate homes for dogs in their care, and one store has a second location in the suburbs to send their dogs. And that there is not somehow another loophole in the ordinance, which does need to be enforced to the full extent of the law.

Alderman Hopkins persevered through the opposition. Marc Ayers, Illinois Director of the Humane Society of the United States is very smart and in the past few years has been prominent to help move this forward. Today, Marc is succeeding at helping to educate state policy makers. A statewide ban of retail sales of dogs and cats just passed the Illinois House of Representatives (led by Rep. Andrew Chesney) and is heading to the Senate. Of course, from day one, it was Meyers who has led the way.

Most of all it’s all of you who contacted your alderman and/or shared stories like this on Facebook and elsewhere in social media.

Today, four states, many counties and nearly 400 cities have banned retail sales of dogs and cats.

The hope: The puppy mill pipeline is Chicago has ended, finally.