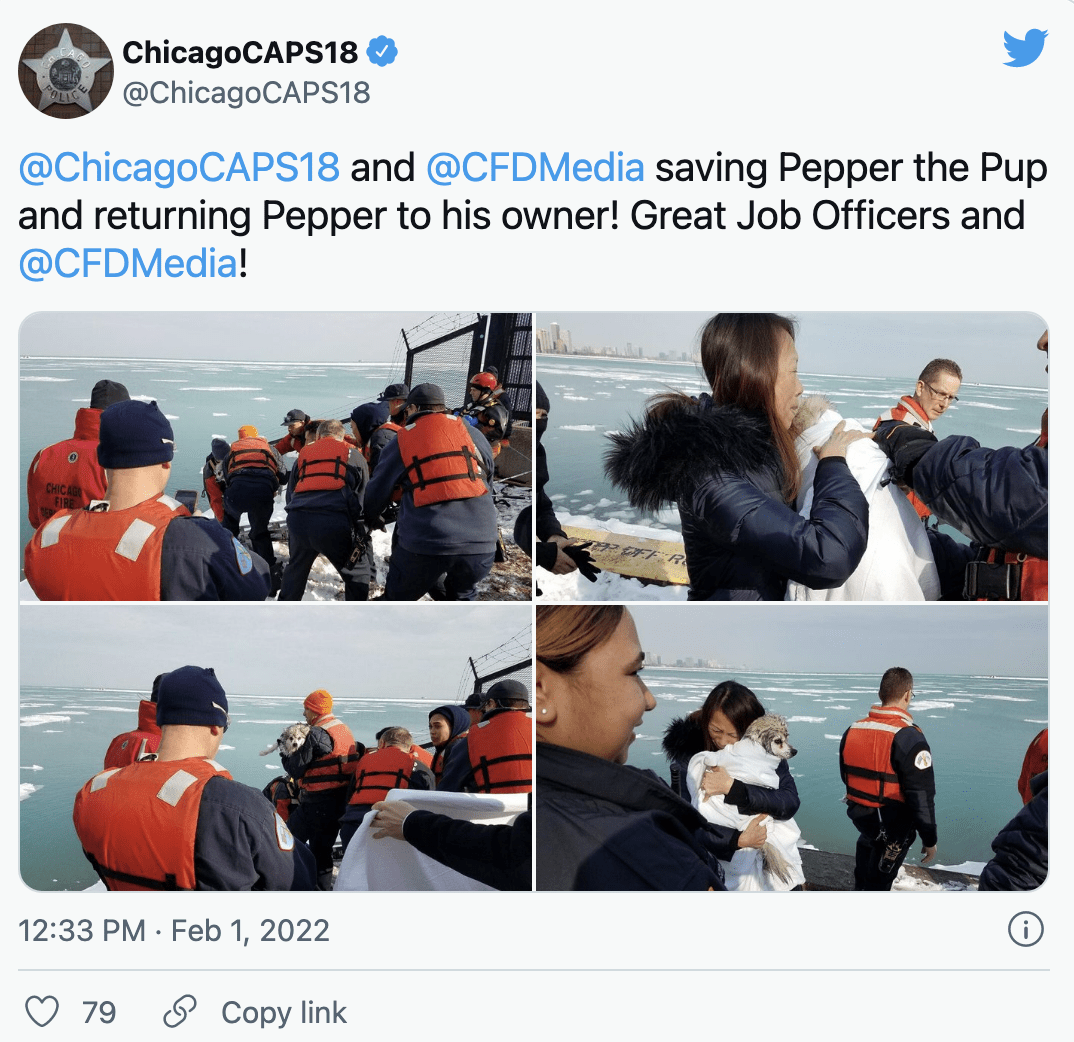 The dog was drifting out into open and greatly frozen Lake Michigan. The ordeal began just north of downtown Chicago when Pepper, a 7-year old Alaskan Klee Kai (a small Siberian Husky), climbed on some rocks right along the Lake and fell on to an ice patch in the Lake. Luckily, the dog’s owner didn’t attempt to jump in and rescue herself. And luckily Pepper didn’t dive in to attempt to swim back. Still, the dog was getting wet, and dogs do get hypothermia.

Pepper lucked out in another way, as firefighters were only about six miles away at 31st Street Harbor for a routine morning practice of underwater ice dives. About 40 people responded to rescue Pepper in less than 10 minutes.

Officials in ta helicopter spotted Pepper on an ice chunk about 500 feet out. The dog was very scared and the owner was even more scared.

Heroic Chicago firefighter Chris Iverson, dressed in a full-body thermal suit, swam to Pepper in less than five minutes. Pepper got nervous and growled, then slipped off the ice chunk and into the cold water. But Pepper got up, and Iverson snapped a snare to capture the dog in a safety sling. Pepper snuggled up to his rescuer.

Firefighters wrapped Pepper in a blanket and formed a hand-off chain over the rocks with police officers to reunite the dog with his owner.  Pepper was stabilized at an emergency veterinary clinic but is doing well.

To the Chicago firefighters just another routine day at the office, but certainly not to Pepper, who’s life was saved.