I was honored today (December 15, 2021) by the City of Chicago, and the Mayor as the Chicago City Council proclaimed Sunday December 19 Steve Dale Day in Chicago. This effort actually was initiated several years ago by Alderman Gene Schulter just before he retired but I couldn’t attend as that was the day my dad died. And I never even received the proclamation (though it was presented at City Hall). When my friend and Alderman James Cappleman heard about this, he said “let’s just do it again.” And so they did.

In this video, you can hear Alderman Walter Burnett in the background say “Steve represent all of us, man.” Not sure I spoke all that eloquently, clearly, though I was touched. And not captured on this video, I spoke about how pets are members of all our families, and if I’ve helped pets, I’ve helped families. Also spoke more at length about those in the trenches every day – from those in animal shelters to veterinary professionals – who just don’t happen to have my profile, which in Chicago WGN Radio has provided for well over 20 years. Without that 50,000 watt soap box I am certain that we would have had breed bans in Chicago, mandated pediatric spay/neuter of dogs and cats and pet limit laws and wouldn’t be allowed to dine on patios or sidewalk cafes with dogs. And most recently banning sales of dogs/cats at pets stores. Of course, none of this I’ve done alone.

This video captures some of the conversation at City Hall with Mayor Lori Lightfoot, Alderman Cappleman (46th ward) and most importantly, my wife Robin.

And here’s the official City of Chicago Proclamation: 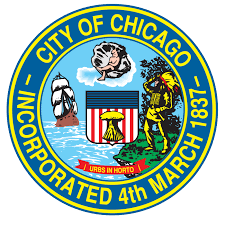 WHEREAS, Steve Dale, certified animal behavior consultant (CABC), has reached more pet owners over the past few decades than any other pet journalist in America.

AND WHEREAS, as a pet advocate, Steve has testified many times around the country against breed-specific bans and pet limit laws, and in support of trap-neuter-vaccinate-return (TNVR) programs for community cats, which he testified at Cook County as well and in Springfield. This ultimately led the way for changing a laws locally for community cats. He also persuaded Chicago City Council to allow dogs to dine outdoors if a restaurant so desired.  He helped to advocate and write the protocol for dog parks in Chicago (known as dog friendly areas). Steve has also testified repeatedly on why dogs/cats should not be sold at pet stores and helped to pass the recent humane ordinances in Chicago and Cook County.

AND WHEREAS, Steve regularly advised former Illinois Governor Pat Quinn regarding pet-related issues and was a leading voice for bills to prohibit breed-specific bans and also it was Steve’s idea to create a law change to prosecute dog fighters with enhanced felony charges when convicted of fighting near schools, children’s play areas or daycare centers.

AND WHEREAS, in 2019, Steve helped create the first fire protection law for pets in the U.S. in kennels or dog day care, signed by Illinois Governor J. B. Pritzker.

AND WHEREAS, he is also a special contributor at WGN Radio, Chicago, and program host of Steve Dale’s Pet World (since 1997), and host of syndicated Steve Dale’s Other World (2020).  He’s also the host of two nationally syndicated pet radio shows, heard on over 100 radio stations.

AND WHEREAS, Steve has used his many media platforms to advocate for change to benefit pets and his long list of experts of the air to support pet parents offering medical and behavioral advice, particularly on WGN Radio. Via WGN’s support, so many families have benefited, as pets are members of the family.

AND WHEREAS, Steve is the person responsible for the Chicago White Sox to allow dogs at a major league baseball game that led to ball parks around America having “dog days” promotions. In 2004, he also encouraged Mercury Skyline Cruiseline to create “The Canine Cruise,” a dog-friendly architecture cruise on Lake Michigan/Chicago River, with dog-friendly cruises now replicated in other cities. Not only has he made a difference for companion animals – he’s a constant cheerleader for Chicago.

AND WHEREAS, in 2022, Steve is scheduled to be recognized with the first ever AVMA Excellence in Media Award.

AND WHEREAS, for 21 years, Steve’s twice-weekly multi-award-winning newspaper column was syndicated by the Chicago Tribune, and he previously authored pet stories for the newspaper. He was a contributing editor for USA Weekend (2002 to 2014), and regular columnist at Cat Fancy magazine (2006 to 2014).

AND WHEREAS, Steve’s TV appearances include the The Oprah Winfrey Show, National Geographic Explorer, Good Morning America; Pets: Part of the Family (PBS), Fox News, various Animal Planet shows, and many others including The Pet Project and Balance TV (Canada) and TV shows in England, Australia, Japan, and elsewhere.

AND WHEREAS, Steve was a regular contributor to Superstation WGN-TV morning news, then appeared regularly on WMAQ-TV, Chicago. He currently a contributor to

AND WHEREAS, Steve has presented numerous times at each of the major U.S. veterinary conferences, and regularly at state and regional meetings as well as at veterinary schools, and at many conferences around the world, from Australia to South America, Mexico and elsewhere. He’s also emceed or participated at countless fundraisers, mostly in the Chicago area.

AND WHEREAS, Steve’s a proud member of the Fear Free Advisory Council (2013 to present) and is the Chief Correspondent of Fear Free Happy Homes, and he is certified Fear Free.

AND WHEREAS, Steve was named the first media participant of an AVMA/AAHA initiative to encourage preventive veterinary care, called Partners for Healthy Pets (2014 to present). He co-founded Veterinary Professionals Against Puppy Mills (2014). He’s also a co-founder of the CATalyst Council and served on the Board of Directors (2008 to 2012).

AND WHEREAS, after his beloved piano playing cat Ricky passed away in 2002 of feline hypertrophic cardiomyopathy (HCM), Steve created the Ricky Fund with the Winn Feline Foundation to raise money to research this often-fatal disease. He’s helped to raise nearly $300,000 – and as a direct result, a genetic test was created to determine if a gene defect for HCM exists for two breeds, and further studies are underway.

AND WHEREAS, in 2012, Steve became the youngest person ever inducted into the Dog Writers Association of America Hall of Fame.

AND WHEREAS, Steve was the 2008 Commencement Speaker at Madison Square Garden for Ross University School of Veterinary Medicine, and in 2012, appeared in a TV guide Crossword Puzzle (pet journalist Steve _ _ _ _).

THEREFORE, BE IT RESOLVED, That we, the Mayor, and Members of the City Council of the City of Chicago, assembled this 15th Day of December 2021, do hereby call for honoring Steve Dale as an exemplary Chicagoan and pet advocate; and

BE IT FURTHER RESOLVED, That a suitable copy of this resolution be presented to Steve Dale as a gift of gratitude from the City of Chicago honoring all the work he has done to advocate for companoin animals.

AND BE IT FURTHER RESOLVED, We declare December 19, 2021, Steve Dale Day in the City of Chicago.