Chicago is the Rattiest City: No Wonder There’s So Much Leptospirosis

Chicago has done it again, leading the country – it’s not about crime or tall buildings – it’s about rodents. For the sixth year in a row, according to the pesky Orkin Pet Control list of the rattiest cities in America, Chicago finishes at the top. And with rats comes leptospirosis. Rounding out the top-10 ratty cities:

According to Orkin, cities with the greatest increase in rat numbers (compared to last year): Albuquerque, NM; Green Bay, WI and Albany, NY. 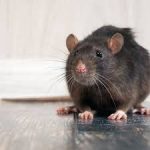 Although many animals can transmit leptospirosis, from farm animals to raccoons, rats are the primary source of this water loving bacterial infection transmitted by the urine of an infected animal. Here’s the scenario, a rat (or other infected animal) piddles in a puddle, and the dog steps in it, and licks a paw or drinks from a tainted lake, river or pond water. Dogs can get sick and die of lepto.

Here’s one way dogs get leptospirosis

In third-world countries leptospirosis is a reportable disease in people, as people share space in rivers with a wide variety of wildlife and/or farm animals which spread leptospirosis, as well as rats. People may even bathe in these infected waters. Leptospirosis can also be very dangerous to people. According to the Centers for Disease Control and Prevention, although incidence in the United States is relatively low, leptospirosis is considered to be the most widespread zoonotic disease (which means people get this disease from animals) in the world. It’s estimated that more than one million human cases occur worldwide each year, including an about 59,000 deaths.

We can mitigate the risk of leptospirosis in dogs by vaccination – this also lowers our risk (because of our close association with dogs).

Sometimes a dog infected with lepto is sick or maybe there isn’t a single sign of illness. Now imagine that infected dog having an accident indoors, and the person who cleans it up doesn’t wash hands thoroughly, and then puts hand to mouth – most likely this may be toddler. As a result, a person may become sick with leptospirosis, and sometimes very sick. Vaccinated dogs not only are protected against disease (although it is not 100 percent), arguably as important they can not transmit the illness to others, other dogs or people.

What’s more, due to limited restaurant hours (or some being closed all together) as a result of the pandemic, rats have lost out on what is their most common food source in many parts of the country. As dumpster diving diminishes there reports of “bold rats.” They’re out more often during the day in their search for a meal.

In the Western part of the U.S. rats spread hantavirus and plague, as ticks often feed on rats. Then, sometimes those ticks put the bite on us – that is the epitome of gross.

The most innovative, environmentally friendly and effective way to deal with rats isn’t poison (rats actually learn to avoid some poisons) or dry ice, it’s actually using community cats to do what they do. Tree House Humane Society in Chicago has a national renowned Cats at Work Program.