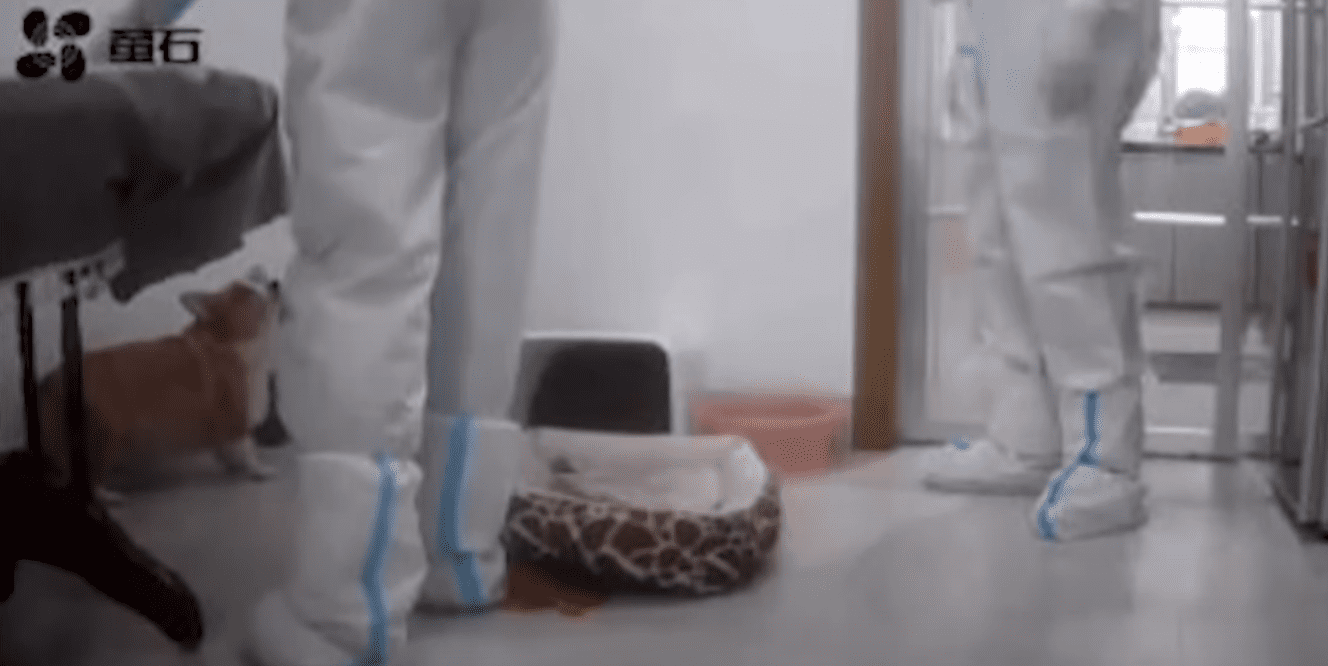 When China shuts down as a result of the pandemic, they truly shut down. Individuals testing positive for COVID-19 caused by SARS CoV-2 are often told to leave their homes to quarantine, and leave the doors open of their homes so they can be disinfected.

According to various sources, including the Guardian on November 12, a resident of Shangrao, in Jiangxi province, posted allegations on Weibo (lke the Twitter of China) that her pet dog was beaten to death by epidemic prevention workers inside her apartment while she was quarantining in a nearby hotel that doesn’t allow animals. In video that she claims is from her apartment security camera posted online, one of two PPE-wearing individuals is shown hitting the dog with what appears to be a crowbar, after entering because her door was closed and to disinfect her apartment.

Shangrao city authorities apologized for not communicating with the dog’s owner and said the worker in question had been dismissed from the role, noting the dog had been “dealt with.”

A hashtag related to the response was viewed about 210 million times.

This isn’t anywhere near the first time that such an incident was reported. At the onset of the pandemic – when admittedly no one knew if companion animals might carry or transmit the illness – in some places in China, pets were reportedly killed (by being beaten). Even recently, reportedly, a handful of pets testing positive for COVID-19 were euthanized rather than treated for their symptoms.

The apparent thinking was ‘kill first, and learn the truth later.’ The truth is that dogs and cats can indeed rarely get COVID-19, but thus far not a single substantiated instance of a pet anywhere on the globe transmitting COVID-19 to a human.

As China pursues a zero-Covid strategy and battles a stubborn outbreak of the Delta variant, the criteria for people to be quarantined have widened. The level of tension and fear is increasing in many places on earth, however it seems killing defenseless animals is clearly an overreach at best, and unnecessary not to mention inhumane and unethical based on what we know.