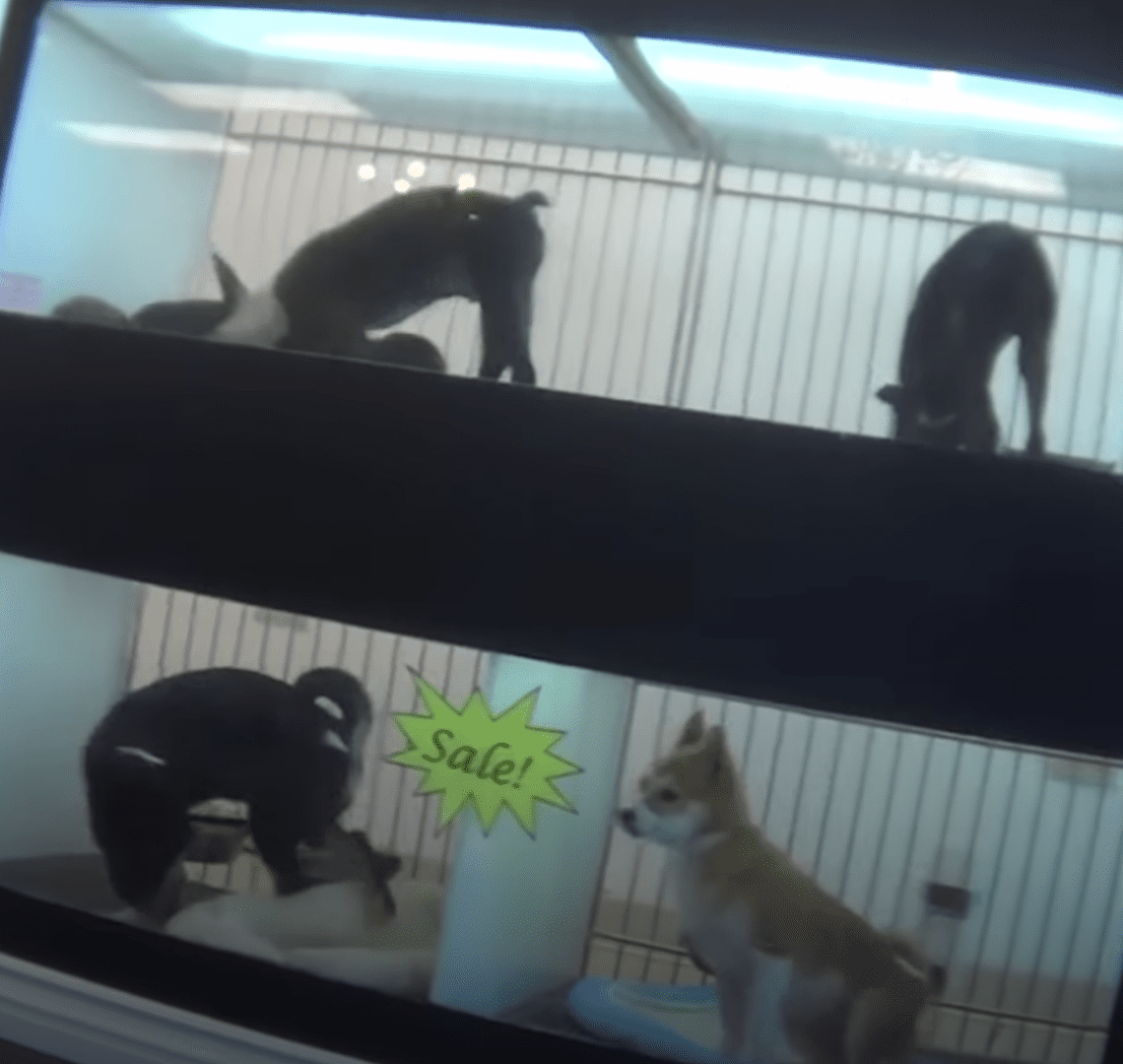 Over 400 cities and now five states with New York being next to ban sales of dogs/cats at retail pet stores. Since, June 1 here are cities (according to Best Friends) which enacted what are termed humane laws, and some are significant:

In Florida, there are now 80 cities – accounting for over half of the state’s population – that have enacted limitations on pet store sales of live animals. This sets up Florida to potentially become the next state to pass a state-wide ban of dogs/cats sold at pet stores.

The other states banning sales of dogs and cats at pet stores are California, Illinois, Maine, Maryland and Washington.

Carmel, IN and Waukesha, WI are both significant – not because of their size but because of their locations, near the Illinois border. Neither city currently has a pet store selling dogs or cats, but preemptively enacted a ban to prevent selling puppies and kittens because in Illinois they can no longer be sold. The laws will prevent stores selling puppy mill supported animals from entering their communities. And other border communities are considering the same.

New York State is Next

In June, a ban of pet store sales of dogs/cats (and also rabbits) handily passed the New York State’s Senate and Assembly and is now awaiting Gov. Kathy Hochul’s signature, which is expected.

New York is the most significant state to pass a Humane Law merely because simply it is New York, because about 80 retail pet shops would be affected state-wide. The stores were clearly  warned for several years that such a law could put them out of business but they’ve done nothing to reassess their business model which supports puppy mills. No one wants laws to end pet stores, just supporting the end of the puppy mill pipeline. Also, New York City is where the American Kennel Club (AKC) is based. The AKC has spent thousands or perhaps more likely millions of dollars opposing these bans for several years in many states and cities, and has overwhelmingly been unsuccessful. Now, the AKC has failed in their home state, despite their intense political push.

Of course, no responsible breeder – the types of breeders the AKC is supposed to support – ever sells to pet stores.

Where is the AKC Here?

According to a new pet limit law, Aurora, IL residents are allowed to have only four domestic animals, which is any companion or farm animal, per home, and must not exceed more than two of one given species.

What if you happen to be a responsible home hobby breeder or a pedigreed cat breeder?  It’s laws like this that are pushing the responsible breeders away. The AKC spends millions of dollars fighting bans regarding pet store sales and supporting puppy mills in the process. Where was the AKC to fight this crazy law in Aurora which impacts hobby breeders?

Hate breeders of all kinds and assuming they are all bad (which is absolutely untrue), wait – you are no better off in Aurora. What if you have two dogs at home, and want to foster a third from a shelter or rescue? You can no longer do so in Aurora.  What if you want to save a litter of kittens requiring hand-feeding? You’re not a hero for saving lives, you’re a scofflaw in Aurora.

And why in the world does having three gerbils create a reason for concern for the community at large?

Pet limit laws make little sense and there is no science to demonstrate they are helpful. The limit number chosen is totally random. I suspect the notion is to prevent hoarders – but these laws don’t work, especially with species other than dogs. If a neighbor down the street has far too many cats, who knows it? And if people do find out about this person with 50 cats in a home, there are currently various laws to address what is a psychological disorder. Limit laws simply aren’t needed. And an extreme law, like the one in Aurora only impacts ability to rescue as well as responsible breeders who the AKC are supposed to support.