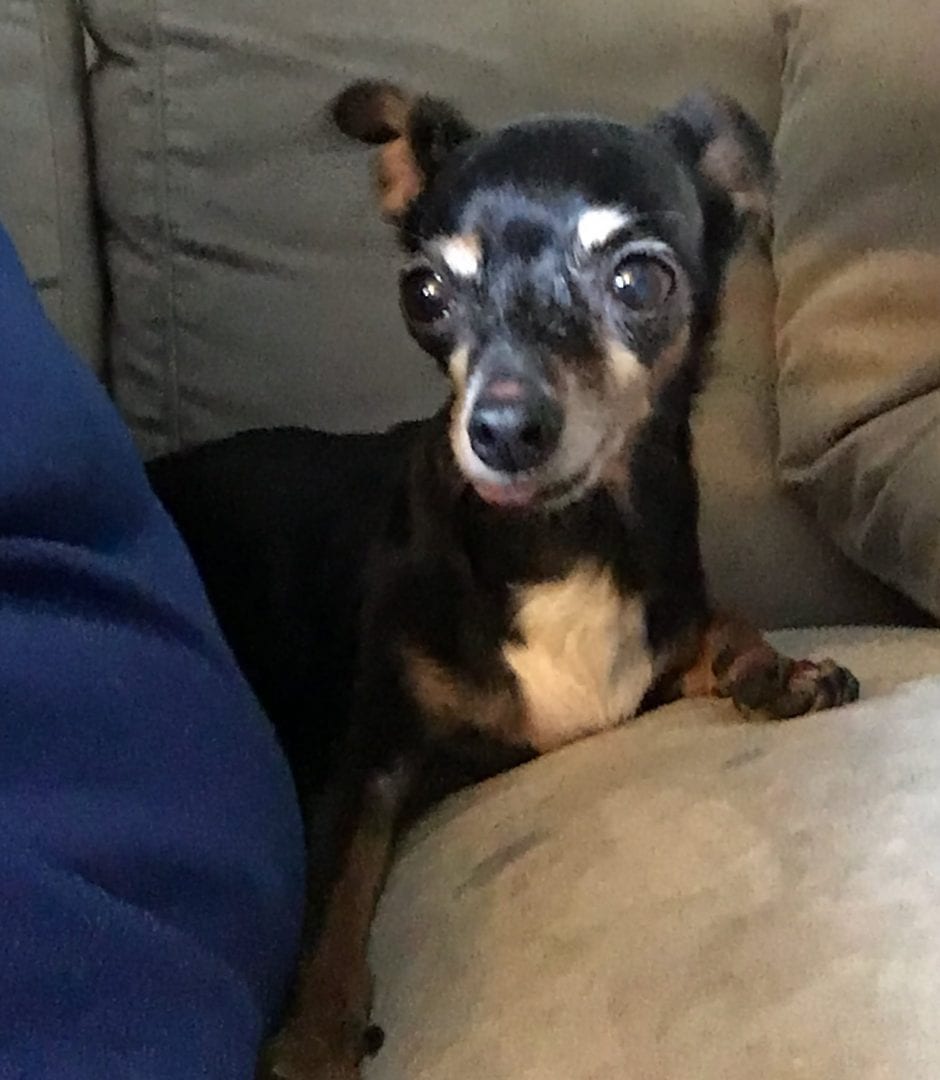 Tori is a puppy that that is like no other – so far adopted with Steve Cochran on WGN Radio. She is a sure-fire puppy mill rescue. Tori was rescued just weeks ago from horrific conditions in Mississippi from Animal Rescue Corps. 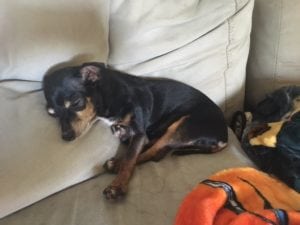 Tori loves the couch, and even better pillows

Emily Klehm, CEO at South Suburban Humane Society in Chicago Heights says, “Tori is toothless and not without the typical challenges of a puppy mill dog.  But she is the perfect example of the magic of dogs because after only a few days in my house, she loves love and seeks affection.  She has double luxating patella and her little legs are deformed from years in the crate.  She gets along with dogs like most mill dogs because of their close quarters.  She sleeps peacefully most of the day and just wants to be a lap dog or burrow under blankets on the couch for the rest of her days.

Wednesday, August 31, 9:40AM with myself and Cochran on WGN Radio, we hope to adopt out this wonderful 10-year old with a few special needs, though all she requires is special love. You can listen at 720AM or here.

South Suburban Humane has been quietly and effectively adopting out animals now for many years. And some like Tori, but few from conditions are horrible as this. 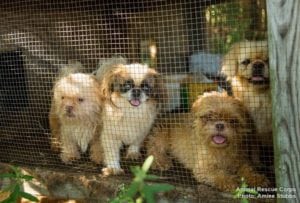 Many of the animals rescued from this puppy mill were kept in the dark, 24/7. Dogs Rescued From Puppy Mill Had Never Actually Seen Sunlight

There were animals in a house and in barns, and even more in rabbit hutches scattered throughout the property. Some dogs were on chains. Some were loose on the property. There were around 60 chickens. A couple of turkeys. A donkey, not to mention all the dogs and cats.

For a few animals, the most humane approach was to euthanize, as they were suffering and dying. Others received various degrees of medical care, and may be adopted – like Tori. After 10 years of living in these horrific conditions, she deserves love doesn’t she?

Of course, we always want to get the dogs adopted – but this circumstance is special.