Companion Animals Benefit to Families with Children on the Spectrum 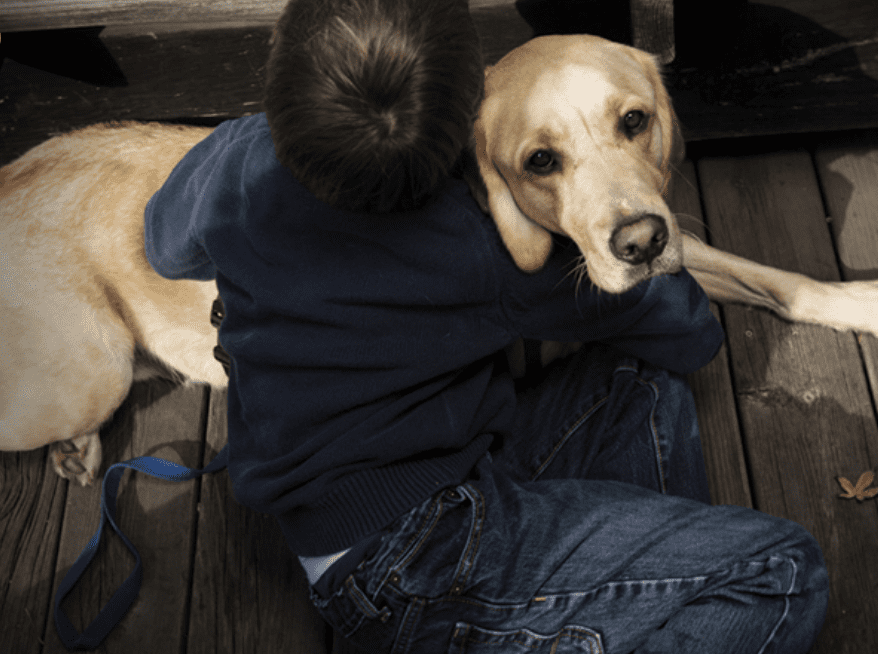 Money matters, of course – but not when it comes to the human animal bond.

According to a study (funded by Purina) published in the Journal of Autism and Developmental Disorders, researchers Gretchen Carlisle, Rebecca Johnson and colleagues learned that parents of children with Autism Spectrum Disorder (ASD) with more education were more stressed and had a lower bond with their companion animals than those with less education. Parents and children with ASD having lower incomes turned out to have stronger bonds with their pets. These findings suggest that providers should not withhold a recommendation for a family to acquire a companion animal that might benefit from that new furry family member due to thinking finances should be the deciding factor.

Researchers confirmed among the benefits families with ASD child of owning a companion animal were associated with them having lower stress levels. The implication for providers is for them to consider recommending a pet to families of children with ASD because the benefits outweigh the burdens and potentially lower parental stress for families in great need of any stress relief.

Matching the Pet and Family

Sometimes the pet may not work out, and this may be related to a poor match between the child’s autism-related sensory issues and the characteristics of the type of and individual companion animal selected. A match may be impacted energy level, size and vocalizations, such as the amount of time a dog spends barking. Also, providers need to be overt in asking and assessing whether or not the children with ASD are currently harming their pet or are at high risk to do so.

Study authors suggest animal shelters (or rescues) could also assist by allowing the families to take a perspective dog or cat home for a trial period before adoption. Shelter adoption interviews need to include characteristics of family members including presence of a child with ASD.

Having a companion animal in a family with child on the spectrum isn’t only about the child as stressed parents may be lonely and benefit by the consistent and predictable love a pet offers. Given the higher stress and demands of caring for a child with high needs, providers could suggest parents formally schedule quiet time daily with their companion animal at such times as during the child’s nap time or after the child goes to bed.

The most salient benefits found by the researchers were companionship and increased social interaction.

The pets also may provide a non-threatening topic of conversation for the children with ASD and for other children to interact with them. Based on this finding, play dates might be arranged by parents of children with ASD with neurotypically developing children, with a goal of the children engaging through interaction with the companion animal.

Cats and Children on the Spectrum

In a separate study, funded by the EveryCat Health Foundation, many of the same researchers and published in the Journal of Pediatric Nursing, learned that children had better empathy and less separation anxiety following adoption of a cat. They also had fewer problem behaviors exhibited by less externalizing, bullying and hyperactivity/inattention. Generally not being “in your face” as compared to dogs, cat may even be a better fit for some ASD children.

Children and parents felt strong bonds with their new cat, almost immediately after adoption and despite the cat caretaking burden, these bonds did not decrease over time. Similar to the study noted above shelters are advised to match the right pets with the right families.