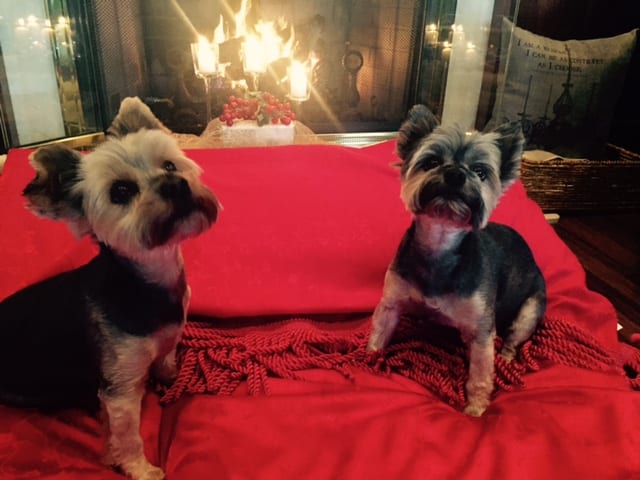 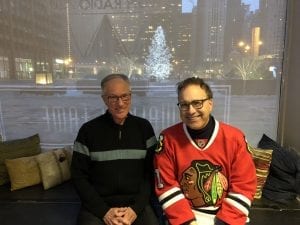 with the great Doc Emrick

I talk on my national Steve Dale’s Pet World radio show with NBC’s NHL legendary broadcaster Doc Emrick about dogs, which turns out to be his second favorite topic next to hockey. We mostly talk about the human animal bond, and the dimension they add to our lives.

Emrick talks about his own relationship with his dogs.  And how he can’t imagine life without his dogs.

Doc, his wife Joyce, and one of their bruising defensemen

I asked Doc a question that perhaps he’s never been asked, and that is what he’s learned from dogs. Also, how he wishes dogs could live so much longer than they do.

If you look a dog in the eyes, you’re talking with one another, he says. And if you’ve never tasted what soap taste like, you’ve never washed a dog. It’s a fun conversation with this great of broadcasting.