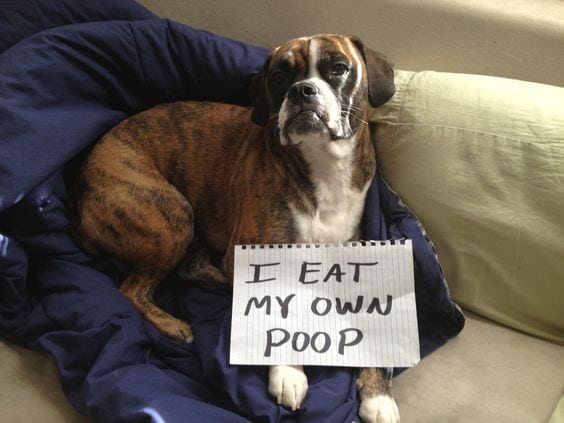 Q: Venus, our nearly 2-year old German Shepherd dog still likes to eat her poop, or eat poop from the cat box. Why does she do that? And what can we do to stop this desire? B. R., Lake Zurich, IL

A:  The problem described is surprisingly common. It even has a fancy name: coprophagia.

No one knows for sure why some dogs begin to sample their own feces, or for that matter relish in eating feces of other species, though cat poo is particularly enticing to many dogs (likely because cat food has so much protein). Once tasted, some dogs decide it‘s a delicacy. Some dogs even have preferences, such as frozen poopsicles in winter. 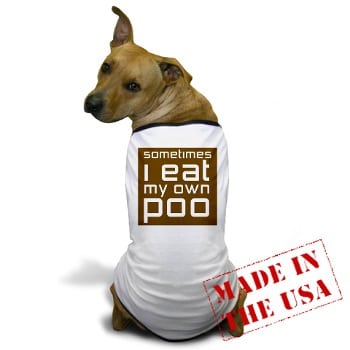 something to be said for wearing your problem

There are several manufactured products on the market that you can sprinkle on food (such as a nutritional supplement called ProZyme), or you could try Lowry‘s seasoned salt (don‘t overdo it), but the results are mixed at best. Reportedly, a few slices of pineapple in your dog’s diet makes it unpalatable.

One website, www.dogpoopdiet.com, offers a supplement “guaranteed” to work.

Other products are called FOR-BID and Deter to sprinkle on dog food, but results are similarly mixed.

You can booby-trap a pet‘s feces by dabbing unpleasant additives like lemon juice and hot sauce on the poop. However, you have to catch a dog in the act to quickly apply the concoction. Some dogs then learn to snack immediately after their bowel movements, before the mix can be applied. 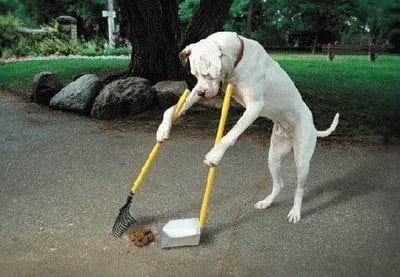 Also, worth noting, dogs that find their own feces delicious might view hot sauce and lemon juice as merely yummy condiments.

In truth, again, any of the above ideas may indeed work…but maybe not. Here’s the one idea that I know is guaranteed to work: A leash with you at the other end. After your dog does his/her business, pick up the droppings. Once you get your pup out of the habit for a few months, you may not need to be so vigilant. Or you may be packing plastic bags and fast scooping for the rest of the dog‘s life.

As for why dogs eat poop, no one really knows. A recent study conducted by researchers at Wageningen University in the Netherlands determined common risk factors for coprophagia, included dogs that had been previously rehomed; dogs called “greedy eaters” by their owners; dogs with compulsive disorders (such as tail chasing and chasing shadows); and dogs that belong to members of the retriever family. 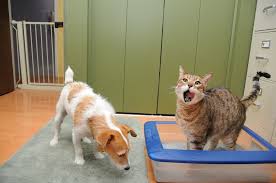 About the cat poo – prevention is best. Depending on your dog’s size, a gate – with a hole cut at the enter large enough for the cat to go through, but not the dog. Or a gate your cat can simply jump over, but not the dog (however you don’t want to make it challenging for cats to reach their litter boxes, particularly aging cats).

Another idea is to elevate the box beyond the height your dog can reach. However, if a litter box is on a table, it better be absolutely secure. If it feels shaky to the cat, it won’t be used. And if it topples to the ground with the cat inside it, your cat will assuredly never use it again – not to mention the mess. Prepare for a cat aging by providing a step stool, a chair or some other way to easily scamper to the litter box.

If you can catch your dog in the act – I will go old school training. Toss a empty soda can with a few pennies inside (to make loud noise). Toss it toward (not at the dog). It’s imperative that the dog feels the noisy can fell from the sky – if the dog sees you toss it, she’ll just wait until you’re not nearby or not home to snack.

Sometimes the solution is as simple as purchasing a covered litter box – but some cats may not appreciate that choice.