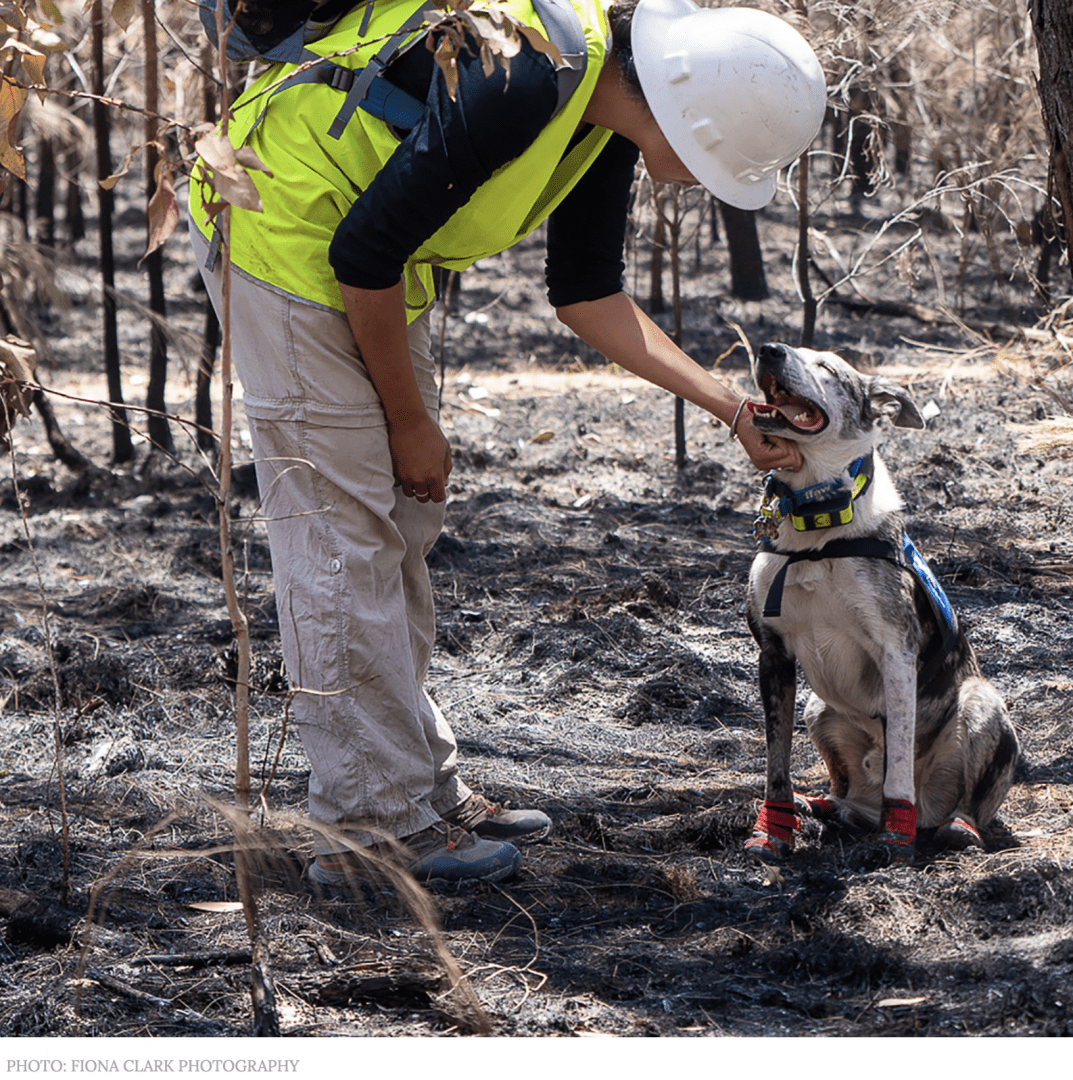 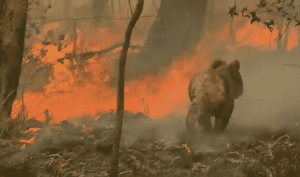 Bear is a Border Collie with blue eyes and a dog’s nose. His employers is  Detection Dogs for Conservation, and his job to to find displaced, sick, orphaned and injured koalas in the wild, according to the International Fund for Animal Welfare (IFAW).

Among the human koala rescuers and firefighters and residents happening upon koalas, Bear was recently sent out to several scorched areas in Australia to help. The Australia wildfires, cover nearly 12.5 million acres, killing (so far) at least approximately 100 humans (dozens remain missing), thousands of structures (homes and businesses) destroyed; and estimates are at least one billion (that’s not a typo) wild animals (many endangered) have died.

Bear, who has a relentless Border Collie obsessive desire to work, goes into a bush wearing booties, and often his IFAW vest.

Searching for injured wildlife is hard and distressing work for conservation groups like Queensland Koala Crusaders, Wildcare Australia and Friends of the Koala, who are among those working tirelessly to save Australian wildlife. Koala numbers have been declining in recent years for many reasons, so there’s reason for concern – though other imperiled species may now be gone forever. The impact on Australia’s unique wildlife is unimaginable. Bear is among the many heroes from Down Under.