Dog Flu in Michigan: Nothing to Sneeze At 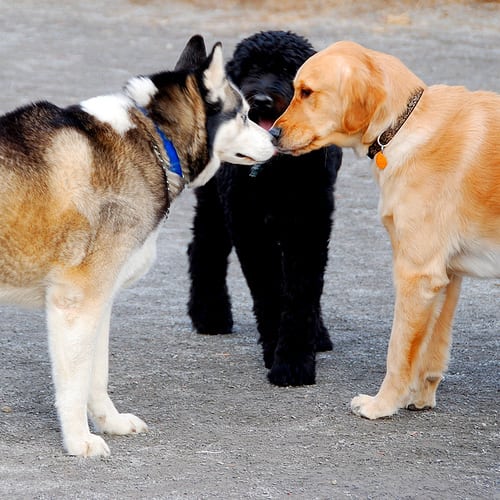 The Michigan State Veterinary Medical Association is taking canine flu seriously and warning dog owners to take precautions. Statewide. according to the Michigan Department of Agriculture, there have been 49 confirmed cases since July 13.

That may not sound like a lot – but it is in actuality. Here’s why: Most dogs, the overwhelming majority, are diagnosed based on symptoms, and not tested as these 49 were. Dog owners generally don’t feel the need to wait for test results to come back, and to pay for them, as most veterinarians are pretty confident about treatment based on symptoms. There’s nothing wrong about this – except that, community wide, experts can only guess how much flu is out there.

Here is what we do know:

Symptoms are general similar to a human upper respiratory virus and can include coughing, and lots of it;  runny eyes and a runny nose, generally feeling “yucky” and loss of appetite and a fever. Some dogs will get all these symptoms, some dogs get some of the symptoms and around a quarter of the dogs will get no symptoms but still be equally as contagious. While most cases are mild and dogs usually recover within two to three weeks, some cases can be more severe.

Here’s how fast and impactful that the dog flu has spread through Michigan (mostly the lower peninsula), that businesses which support dogs, like boarding facilities and day cares, needed to close.

In general, two to five percent of dogs do succumb to the dog flu, though it’s unclear if in Michigan there have been any fatalities, as there is no Centers for Disease Control for pets.

One thing that is clear – vaccination protects individual dogs (though some may still have mild symptoms) and helps to support community protection as well.