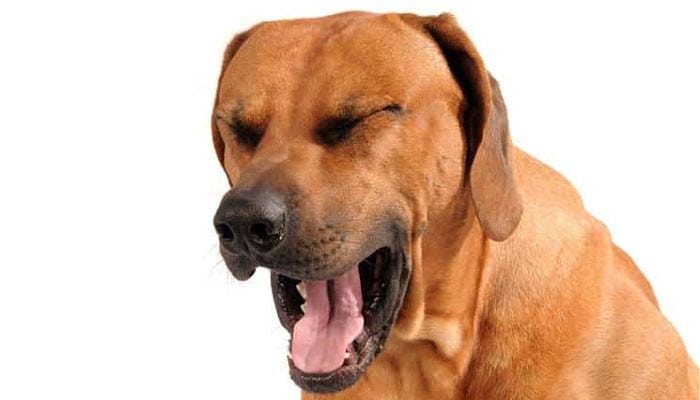 Dog flu (or canine influenza virus) is a serious issue, but some of the stories on the topic bring a smile to my face. According to a report from KRON-TV, “a version of the flu is affecting dogs” in the San Jose, California, area. 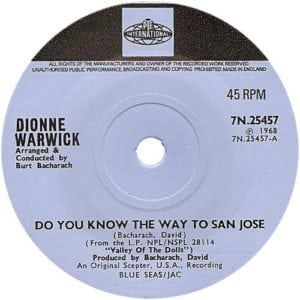 Through the start of this year and in 2017, only four states have been untouched by the canine influenza virus. And now, the dog flu has entered Canada as well.

Dr. Stephanie LaPlume told KRON that in her 10 years in South Bay, California, she has never before seen a dog flu outbreak. 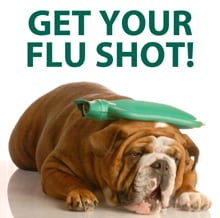 According to printed reports, over the past the two weeks, three cases of dog flu or more have been confirmed, and another at least 50 dogs in the area are suspected to have the flu. Numbers are squishy when it comes to reporting dog flu, which is true for a lot of statistics in veterinary medicine because many pet owners won’t pay the cost of testing for various illnesses, including the flu. When a dog has flu symptoms, most pet owners just want their dogs to be treated, which naturally has a cost, too. Also, there is no Centers for Disease Control (CDC) in veterinary medicine, so there is no reporting outlet.

More than one veterinarian has referred to the situation in and around San Jose as “an outbreak.” 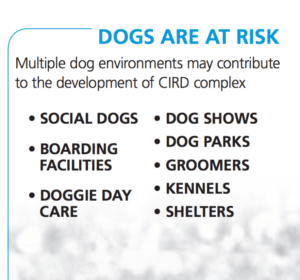 Like many urban areas, doggy daycare and boarding/kenneling is a big thing in San Jose. If these facilities don’t mandate the dog flu vaccine now, they’re asking for trouble. But, that is not an instant answer, as the vaccine doesn’t work immediately. A booster is required several weeks following the initial shot.

If boarding and daycare facilities mandate the Bordetella shot, they should also mandate the vaccine for the potentially more dangerous dog flu.

The hope is that other communities will learn and proactively mandate (or at least recommend) the vaccine (perhaps the vaccine that covers both strains of dog flu—H3N8 and H3N2—but that is dependent on geography). If communities not yet affected by dog flu don’t act proactively to prevent it, an outbreak is imminent.