Dog Flu In New York Should Be Big News 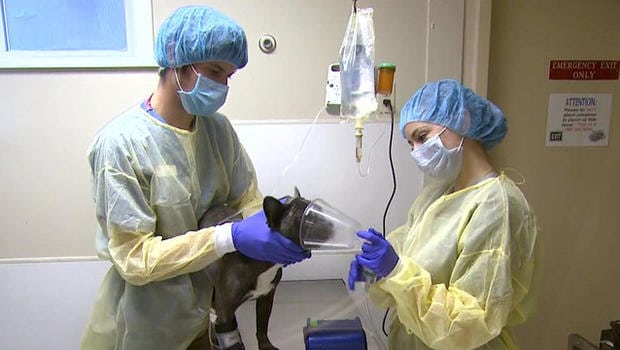 Sometimes for an issue to receive national press the picture has to become really bleak, particularly regarding animal health. Positive, verified H3N2 canine influenza reports, according to IDEXX, have about doubled in and around New York City from May numbers through today, and we’re only half way through June.

What’s really important to note is that most dogs don’t get officially tested for the dog flu. They arrive at the vet office lethargic, maybe running a fever, and coughing. Veterinarians feel if it looks like dog flu, and sounds like dog flu, it’s probably dog flu – and if it happens to be another respiratory infection, treatment is about the same anyway. Some dogs are even co-infected.

No matter, many dog owners just don’t want to spend the money for testing if it doesn’t impact treatment for their dog. So, most dogs aren’t tested. Are 10 percent tested that arrive at clinic? Maybe the percent is lower (likely) or higher, no one can say for sure. What we do know is that these numbers are likely a drop in the proverbial dog flu bucket. 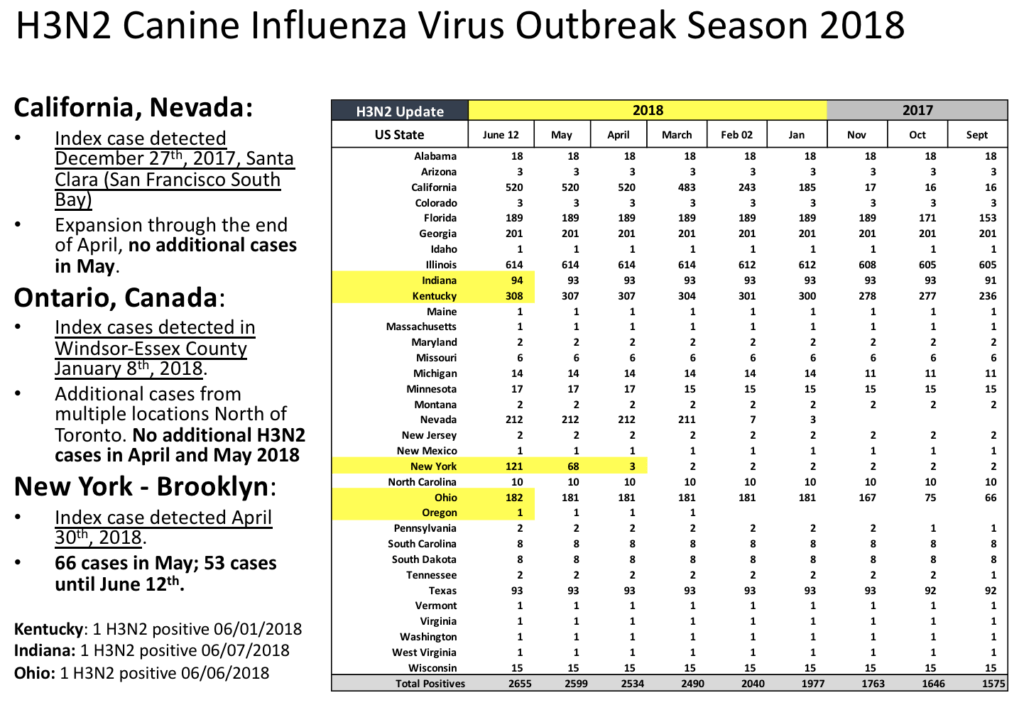 So, let’s do some math here, if 121 dogs have tested positive for H3N2 in New York City (nearly all in 2018), and those could represent 10 percent (conservatively) of dogs with dog flu in the real world, it means 1,210 dogs (again conservatively) have been sickened in New York from dog flu. And since we’re playing with numbers, since two to five percent of dogs succumb to flu, that means it’s conceivable that 60 dogs have died as a result of dog flu in New York City alone. Why isn’t that being talked about?

While two to five percent is a low percent, 60 dogs seems like a lot. Certainly, it’s not a low percent if your dog is among those 60. In truth, I have no idea how many dogs have died as a result of the canine flu in New York, or even how many have been sickened. But, again, these numbers are likely conservative.

What I do know is the despite the vaccine, the flu continues to spread in and around New York. Yes, there’s a vaccine. And the vaccine will limit the spread of flu, but only when both the initial shot and then a booster three weeks later are given. And if people vaccinate in the first place, which many are – but if you vaccinate today (still a food idea), you have to wait about three weeks to get the booster on board. Besides, still not enough people are even aware the extent of spread of dog flu in a community where dogs are so incredibly social, increasing odds of infection of unvaccinated dogs .

I can assure you that if the outbreak in New York City continues, there will be plenty of press coverage when even more dogs die – but the hope is for that not to happen.

And this story in the New York Times. This is real.