Dog Flu Vaccine: Now Is the Time to Vaccinate 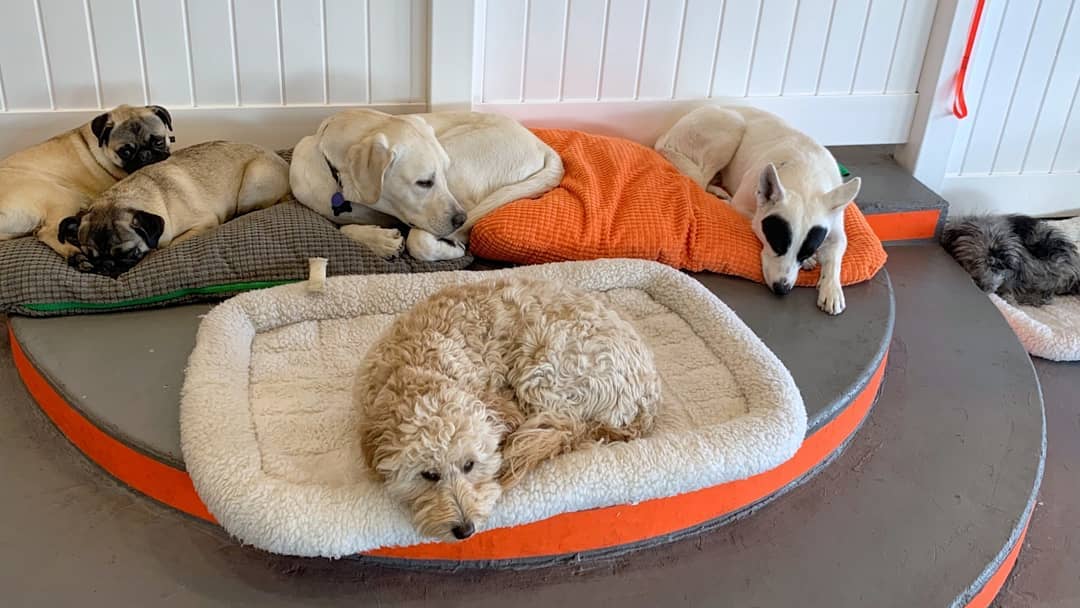 More kennels and boarding facilities are mandating the dog flu or canine influenza vaccine than ever before. This is recommended by many experts, as the vast majority of dogs have no immunity to the highly contagious dog flu. The mandated vaccine protects dogs boarded over days or even visiting or dog cay care. While the canine influenza virus is rarely deadly, it can be. Up to two to five percent of dogs succumb to the flu. And a much larger percent with dog flu, though they survive, are hospitalized. 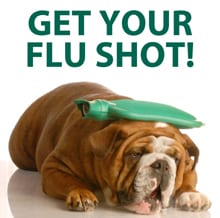 Though, the time of year when dogs are most often kenneled is over Christmas and New Year’s, now is the time to act.

Here’s why: The dog flu vaccine is really two injections. An initial shot and a second injection about three weeks later. So, this means it takes a month to protect a dog. If you’re departing around Christmas and plan to kennel your pup, now is truly the time to consider vaccination.

From a kennel’s perspective, as a business, once a dog flu outbreak occurs, cleaning becomes difficult. And kennels have even had to shut their doors for several days or more because of flu outbreak. Not only do they lose money because of closing, they may also be the target of bad PR for allowing dogs to become ill. And that’s all because they didn’t mandate the readily available dog flu vaccine.

Some people just don’t want to vaccinate their dog, that’s fine.  But a business shouldn’t have to suffer as a result. So, understandably, more kennels are mandating the dog flu vaccine.

People sometimes think, “Well, it won’t happen here.” That’s what some pet owners likely thought in various communities this year because dog flu hasn’t been in the news. Then, guess what, an outbreak unpredictably occurs. And when it happens, it occurs quickly.

Also, many dog owners may not realize that the vaccine – like the human flu vaccine – is not going to last a lifetime; it an annual vaccine.

Unlike the human flu vaccine, which each year experts work hard at predicting strains to target, and sometimes don’t figure exactly right, none of that is an issue with the dog flu vaccine. There are only two strains of dog flu in the U.S.,, H3N2 and H3N8. There’s a vaccine for each strain, and another, called the bivalent, which covers both strains. Your veterinarian can help you to decide what’s best for you.

Like the human flu vaccine, all symptoms may not be eliminated. But rarely do vaccinated dogs ever require hospitalization. And deaths occur even less often – if at all. Also vaccinated dogs aren’t contagious, so vaccination provides a community service by limiting virus spread.

Most important, no one wants their dog to feel as uncomfortable as dogs with flu usually get.